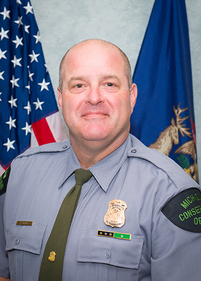 A 25-year-old woman from Detroit who threatened to jump off the MacArthur Bridge Friday afternoon willingly received medical attention as the result of two Michigan Department of Natural Resources conservation officers’ efforts.

Conservation Officer Ben Lasher was patrolling Belle Isle when he was notified by the Michigan State Police dispatch at 12:31 p.m. Friday, about a woman threatening suicide. MSP dispatch received the original call from a relative of the suicidal woman; the relative said the woman was threatening to jump off of the MacArthur Bridge in Detroit.

The MacArthur Bridge connects Detroit and Belle Isle over the Detroit River. The bridge features 19 torches and is 2,193 feet in length. DNR conservation officers and Michigan State Police patrol the island to ensure public safety within and around the state park.

When Lasher reached the scene, two females waved him over and said that a third female (the suicidal woman) located on the other side of the bridge, had asked them to call the police. The two women did not know the suicidal woman.

At 12:33 p.m. Lasher parked his DNR patrol truck on the south side of the MacArthur Bridge near the subject. Lasher walked across the bridge toward the woman who matched the description provided to police. The woman was crying, standing next to the guard rail of the bridge.

“She asked me to stay by my patrol truck at first,” Lasher said. “I was able to talk to her and find out her name.” 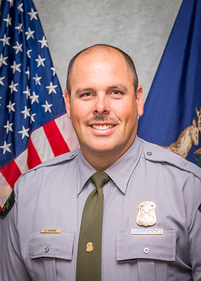 While Lasher talked to the woman, he was able to slowly move toward the outside edge of the roadway. During this time, CO Steven Converse, who also was patrolling Belle Isle, arrived at the scene while Michigan State Police managed traffic control.

Converse approached the area of the bridge where Lasher and the woman were standing. While Converse maintained his distance from the woman, Lasher introduced her to Converse. The two conservation officers continued to talk to the woman and were able to convince her to go with them into Lasher’s warm patrol truck and seek someone to talk to.

“Part of what conservation officers are taught is to engage in conversation with the suicidal person and to ask what has happened that has brought them to this point of suicide,” said Dr. Michael Comer, contract police psychologist for the DNR Law Enforcement Division. “COs listen to the person's story, establish a rapport and demonstrate that they care about the suicidal person. They have been taught that they will not be able to change the person's mind until they first understand the person's story and despair.”

Lasher and Converse helped the woman climb over the barricade, back onto the road and escorted her to the patrol truck where she was able to rest.

Lasher requested emergency medical services when the woman said that she would like to go to the hospital. Unit 25 from the Detroit Fire Department arrived on scene and transported the woman to Detroit Receiving Hospital for a mental check. The scene was cleared at 1:01 p.m., exactly 30 minutes after Lasher received the original call.

“Conservation officers receive unique training,” said Chief Gary Hagler, DNR Law Enforcement Division. “While their primary focus is to protect natural resources, conservation officers are trained in general law enforcement, so they can better serve the communities they work and live in. Part of their training includes how to identify and work with people who are in mental or emotional distress. We are thankful that Lasher and Converse were on patrol nearby and able to help this woman seek the appropriate medical attention.”

If you or someone you know needs mental health help, call the National Suicide Prevention Lifeline at: 800-273-TALK (8255).

The Michigan Department of Natural Resources is committed to the conservation, protection, management, use and enjoyment of the state’s natural and cultural resources for current and future generations. For more information, go to michigan.gov/dnr.

Lasher-Ben-2017.jpg: Conservation Officer Ben Lasher has been with the DNR Law Enforcement Division since 1996 and works in St. Clair County.

Converse-Steven-2017-jpg: Conservation Officer Steven Converse has been a conservation officer with the DNR Law Enforcement Division since 2000 and works in Manistee County. On Friday, Converse was working a patrol shift on Belle Isle.