The connection between healthy forests and fire may be firmly established, understood by foresters and wildlife managers, and helpful to countless wildlife species.

However, not everyone outside those occupations has the same understanding.

Recall the late 1980s, when wildfires blackened much of Yellowstone National Park. Conservation professionals argued then that, long-term, the effects of the fires would be very positive for the ecosystem for a number of reasons.

The public at large wasn’t necessarily convinced. This is understandable, as for decades government officials had actively campaigned against fires. 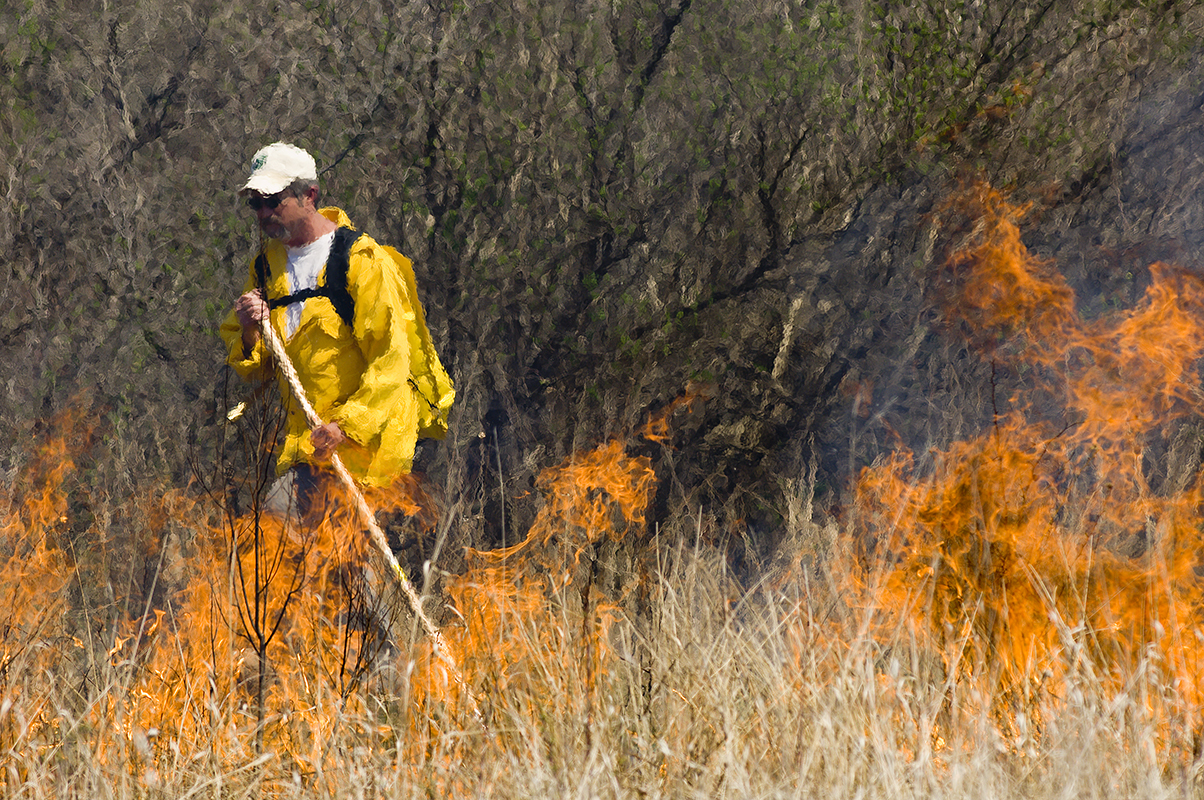 Remember Smokey Bear’s motto: “Only you can prevent forest fires.” That message has been edited in recent years from “forest fires” to “wildfires,” which allows that all fires are not necessarily bad.

In Michigan forests, there are several tree species that have a long history of dependence on fire, though newer forestry techniques have helped to diminish this need.

Aspen and jack pine are two Michigan species that historically relied on fire for survival and regeneration. These species are well-adapted to regeneration following any stand-replacing disturbance, such as wind throw (trees being uprooted or broken by wind) or timber harvest.

“Both species exist in Michigan because of fire prior to European settlement,” said Keith Kintigh, a Michigan Department of Natural Resources field operations biologist in the northern Lower Peninsula. “They evolved to respond to fires.”

Kintigh said aspen and jack pine require 50- to 70-year tree stand level disturbance for them to be maintained. They are short-lived species that like lots of sunlight.

“When the surveyors came through Michigan in the 1800s, they found that in certain places, major wildfires were 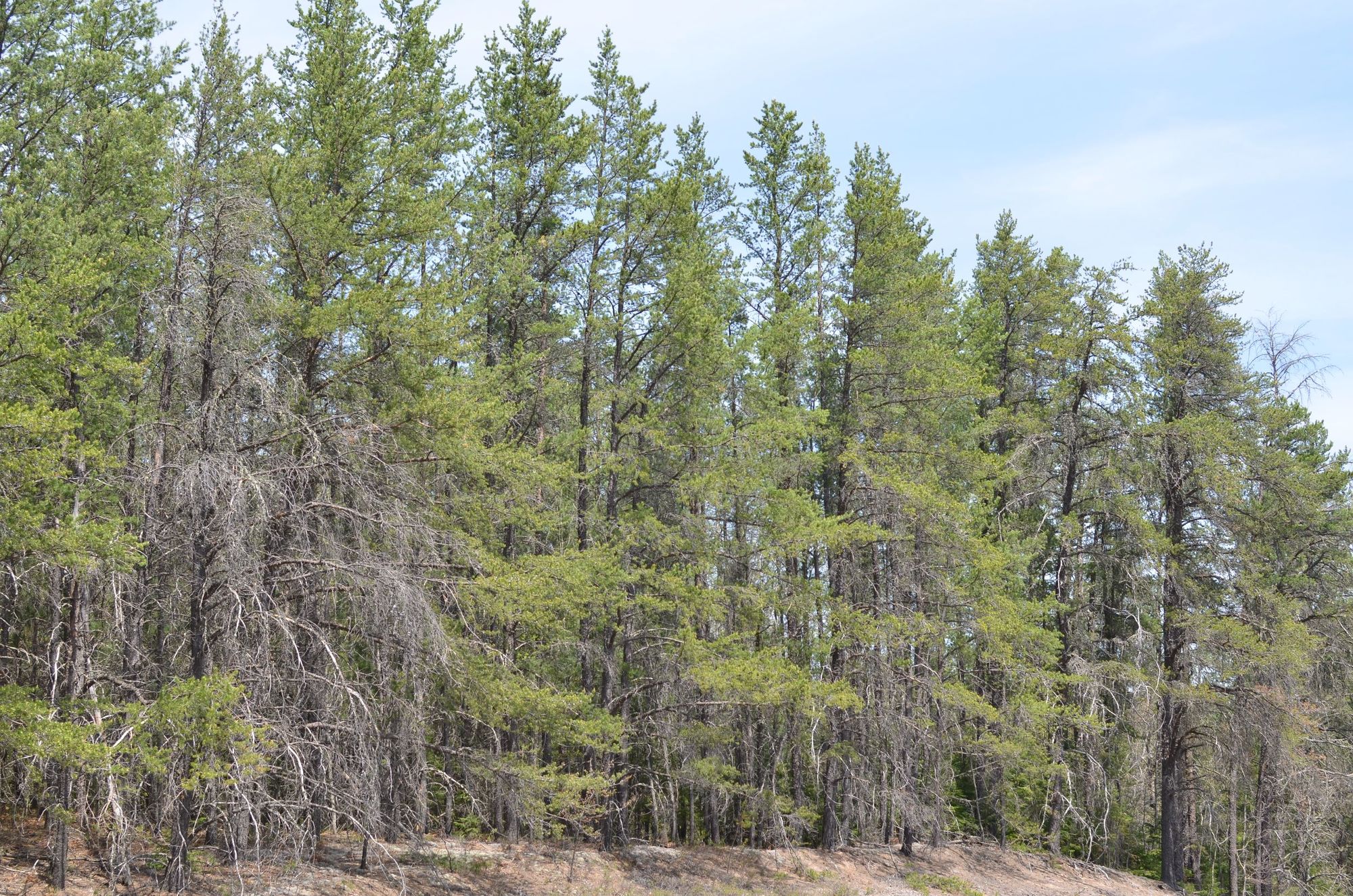 occurring frequently, at least every 60 years,” Kintigh said. “Some ecologists believe that this frequency could not be explained by lightning strikes alone.”

Kintigh said Michigan has a bunch of wildlife species that are associated with those disturbances.

Scientists have concluded that Native Americans used fire to manage forests and grasslands. Aspen forests, and the associated flora and fauna – including white-tailed deer and ruffed grouse – would have benefited from these fires.

Native Americans would have found better blueberry crops in the years after jack pine forest burns – as many people do today.

Historically, jack pines were especially dependent on fire because of their reproductive mechanism. Jack pines sport cones sealed with resin (these are known as serotinous cones).

Often, the cones do not release their seeds upon maturity, but rather, after an environmental trigger. In the jack pines’ case, that trigger can be fire. The cones remain tightly closed until heat from fire or sunlight melts the resin and opens them, allowing the cones to release their seeds for spreading by gravity and winds. 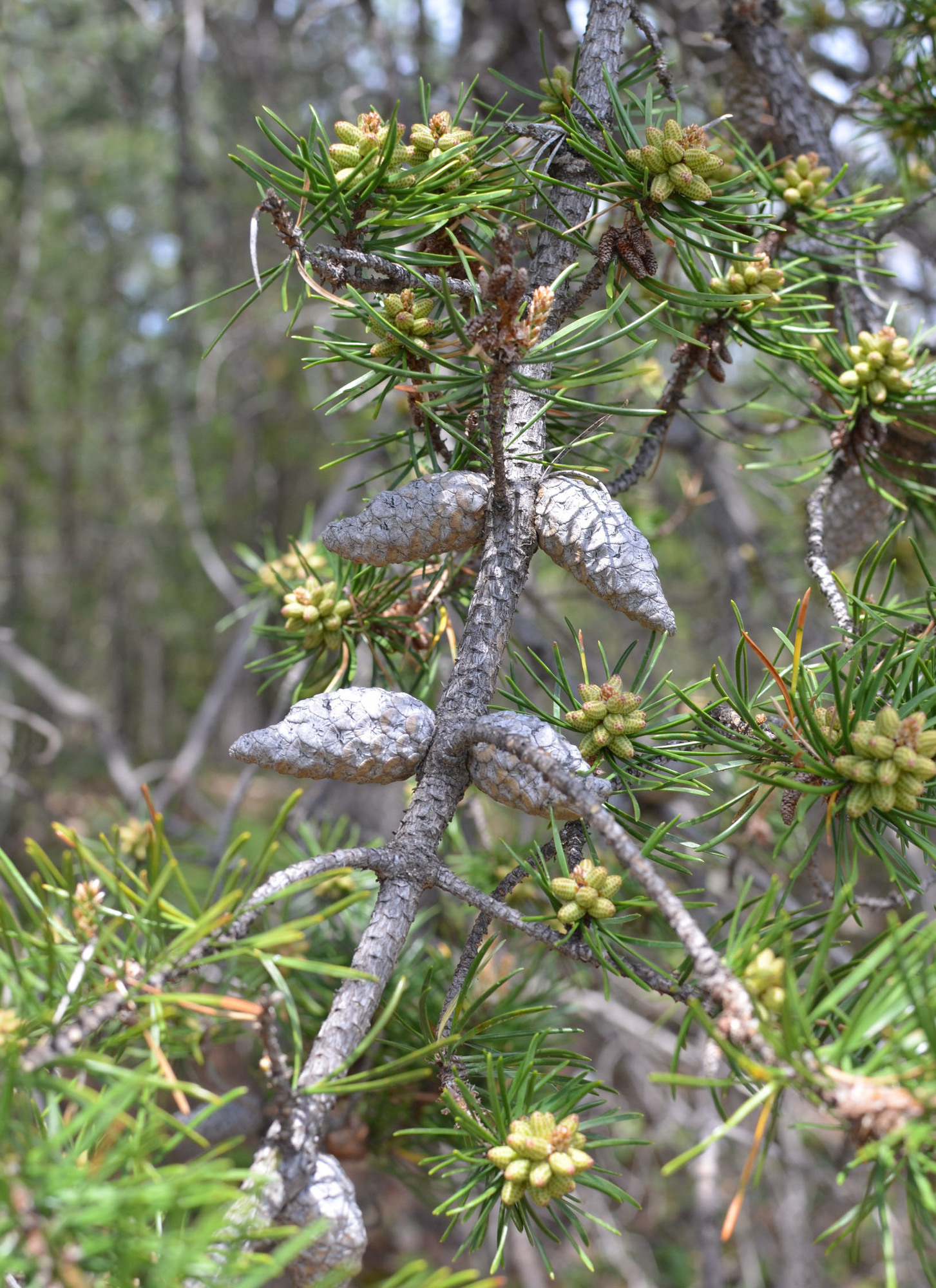 The DNR maintains significant amounts of young jack pine forest in Michigan’s state forests, as it is the only viable breeding habitat for the federally endangered Kirtland’s warbler. However, fire is not a preferred way to regenerate jack pine today in the northern Lower Peninsula where most all of the Kirtland’s warblers nest.

“We’re using logging to maintain Kirtland’s warbler habitat in the absence of fire,” Kintigh said. “There are homes, cottages and schools mixed into, or situated next to, state forest and the trees have value. We can’t just have wildfires across the landscape.”

Prescribed burns are still being used for various purposes, but not generally for aspen or jack pine regeneration.

“We burn jack pine after it’s harvested,” said Keith Murphy, the DNR’s Forest Resources Division fire management specialist for the Upper Peninsula. “We have to be careful because jack pines are the most highly volatile fuel out there.

“In the spring of the year, it’s at its worst when there’s little moisture in the needles, usually in mid-May, but we burn it after a timber sale to get the cones to release their seeds or to remove branches and treetops to make it easier to trench (plow) the site.”

In the northern Lower Peninsula, foresters and wildlife biologists have found they can best produce the high-density stands required for Kirtland’s warbler nesting habitat by planting.

After a jack pine stand has been harvested, the stand is trenched and replanted from nursery stock grown primarily in the Upper Peninsula.

Aspen is also well-adapted to fire as it reproduces from suckers that spring up from the root stock, so any event that removes the trees will lead to regeneration.

These days, aspen managers generally use clear-cutting to stimulate regeneration. Murphy said that’s just as well because aspen does not burn as readily as jack pine. Aspen has moist leaves and thick stems, which are comparatively not as combustible as the dry needles and twigs of jack pines. 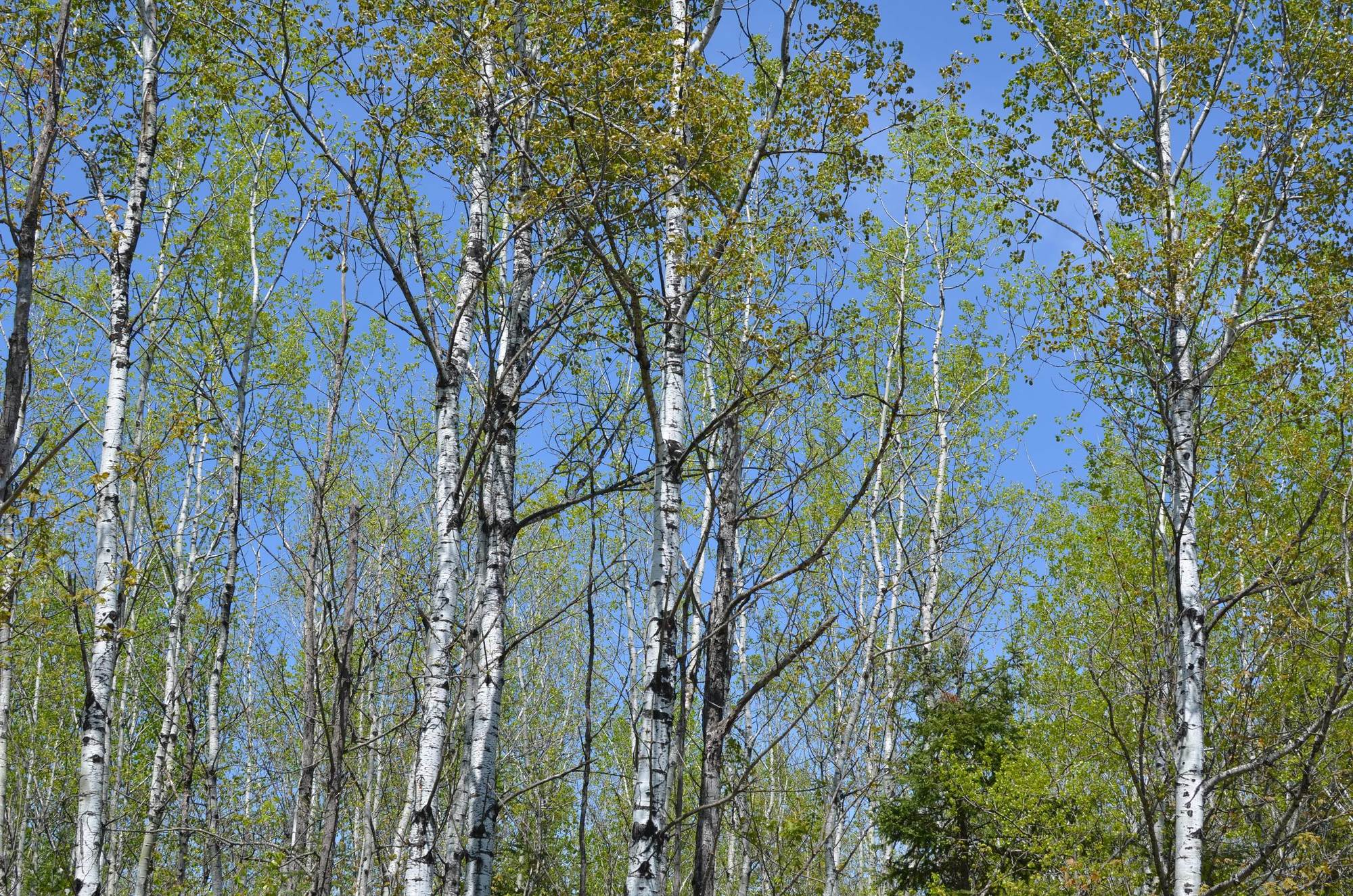 Getting forest producers to harvest aspen is not a problem.

“There’s a lot of demand for aspen,” said Tim Greco, a timber management specialist with the DNR’s Forest Resources Division in Gaylord. “It’s used in OSB (oriented strand board) chip material – the fibers are very good for holding glue and strength for OSB.”

Forest products mills that use aspen are also an important part of rural communities in Michigan and they provide a building material that’s in demand for new homes.

Aspen also has great utility for use in writing paper, cardboard, hardboard and pallet lumber. Some manufacturers even use veneer from aspen for certain products, like paint sticks.

“We very rarely have a problem selling aspen timber sales,” Greco said. “The demand is very good. Combine that with wildlife values and it’s an all-around win-win situation.”

Prescribed burning of aspen is often done to improve habitat for upland gamebirds and white-tailed deer. 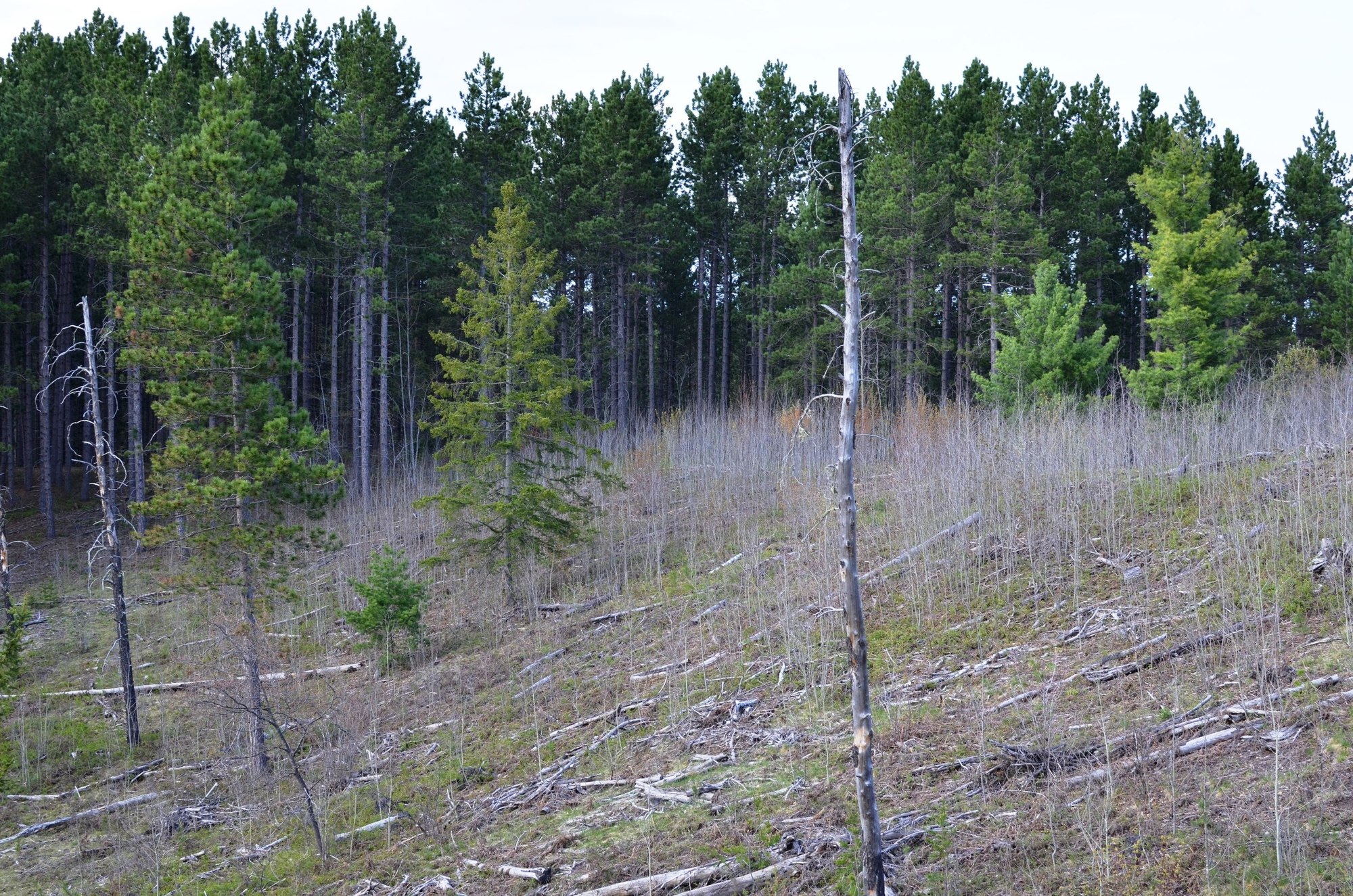 “But it doesn’t have to be a fast-burning, rip-roaring fire,” he continued. “If you crack the bark you can kill it. And we will burn it to regenerate it for grouse habitat – a lot depends on what DNR Wildlife Division wants to do with it.”

According to the U.S. Forest Service, though aspen forests do not burn readily, aspen trees are extremely sensitive to fire.

A fire intense enough to kill the aspen forest overstory will stimulate abundant suckering, though some suckers arise after any fire. The Forest Service said as many as 50,000 to 100,000 suckers can sprout and grow on a single acre after a fire.

Watch a U.S. Forest Service video depiction of an aspen burn and regeneration.

Get more information on DNR fire management in Michigan.