Many of us humans truly enjoy the hot, dry weather of a warm Michigan summer.

For some wildlife, however, the prolonged heat and drought-like conditions can spell trouble.

Given this summer’s hot and dry weather in many parts of the state, staff at the Michigan Department of Natural Resources Wildlife Disease Laboratory in Lansing has been looking at wildlife diseases affecting deer and waterfowl.

Epizootic hemorrhagic disease is a sometimes-fatal disease that occurs in wild ruminant mammals – those animals with more than one stomach compartment that swallow food and then retrieve it to continue chewing – including white-tailed deer.

The disease is transmitted by a type of biting fly called a midge. There is no evidence that humans can contract the EHD virus.

Infection does not always result in disease. Signs of illness shown by infected animals are highly variable and range from none at all to extensive internal bleeding and edema (fluid accumulation) within the deer.

Illness can come on suddenly and severely and can linger for weeks or months in a low-grade state.

In severe forms of the disease, deer lose their appetite and fear of humans, grow progressively weaker and salivate excessively, finally becoming unconscious.

Because of high fever and dehydration, infected deer often seek water to cool themselves off and to drink. Diseased deer are therefore often found sick or dead along, or in, bodies of water.

Deer deaths from EHD in Michigan have occurred sporadically since 2006. Prior to 2006, EHD outbreaks in Michigan occurred in 1955 and 1974. In these episodes, the estimated mortality varied from 50 to 1,000 deer per year in the isolated affected areas.

In 2012, the largest white-tailed deer die-off occurred with an estimated loss of over 12,000 deer across 30 Michigan counties, where the disease was confirmed by the disease laboratory. 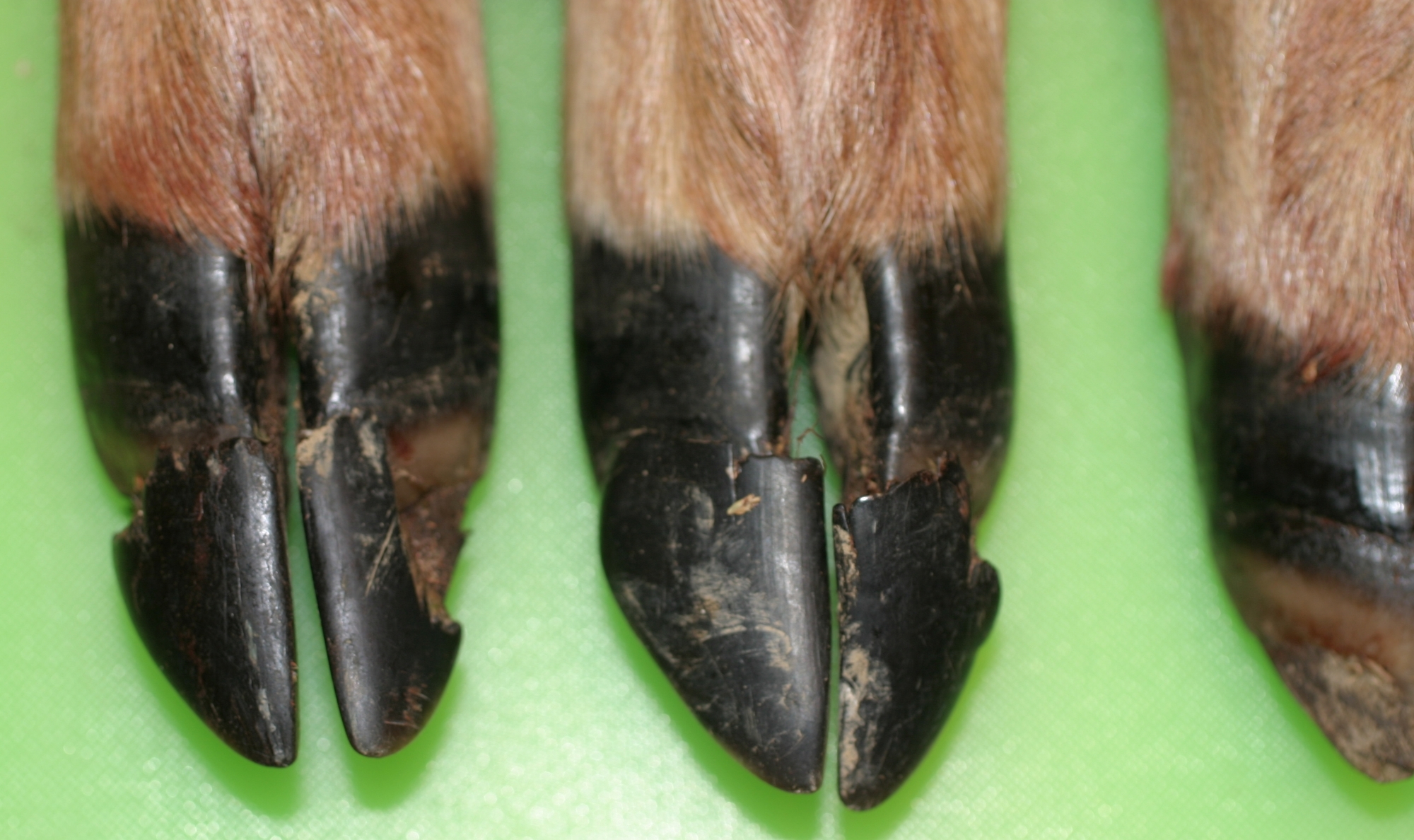 “Due to the prolonged, dry, hot weather this year, we would not be surprised to see EHD emerge,” said Tom Cooley, DNR wildlife biologist and pathologist. “Mortality numbers depend on the strain of the virus, and how widespread the disease is – die-offs usually occur within one watershed area. If multiple watersheds are involved, the total mortality is higher.”

There is no known effective treatment for, or control of, epizootic hemorrhagic disease.

EHD has been exhibited for decades in many areas of the United States, especially the southeast, including Texas, and the Great Plains. It has occurred less commonly in the Great Lakes and New England states.

Since the 2012 outbreak in Michigan, DNR staff and collaborators at Michigan State University have been conducting research to assess the extent and impact of white-tailed deer losses in those affected areas, and measuring how fast deer population recovery occurs.

Epizootic hemorrhagic disease is commonly confused with chronic wasting disease, which also occurs in white-tailed deer, along with other members of the Cervidae family, including elk and moose.

Unlike EHD, CWD is not associated with weather conditions and transmission of CWD can occur year-round.

Chronic wasting disease is a neurological (brain and nervous system) disease that belongs to a family of diseases known as transmissible spongiform encephalopathies (TSE) or prion diseases.

The disease attacks the brains of infected animals and produces small lesions that result in death. CWD is always fatal. Conversely, EHD is not always fatal and is transmitted by a midge.

Chronic wasting disease is spread through animal-to-animal contact, as well as indirectly, through a contaminated environment. Previous studies have shown that CWD prions exist in the saliva, urine, blood, and feces of infected 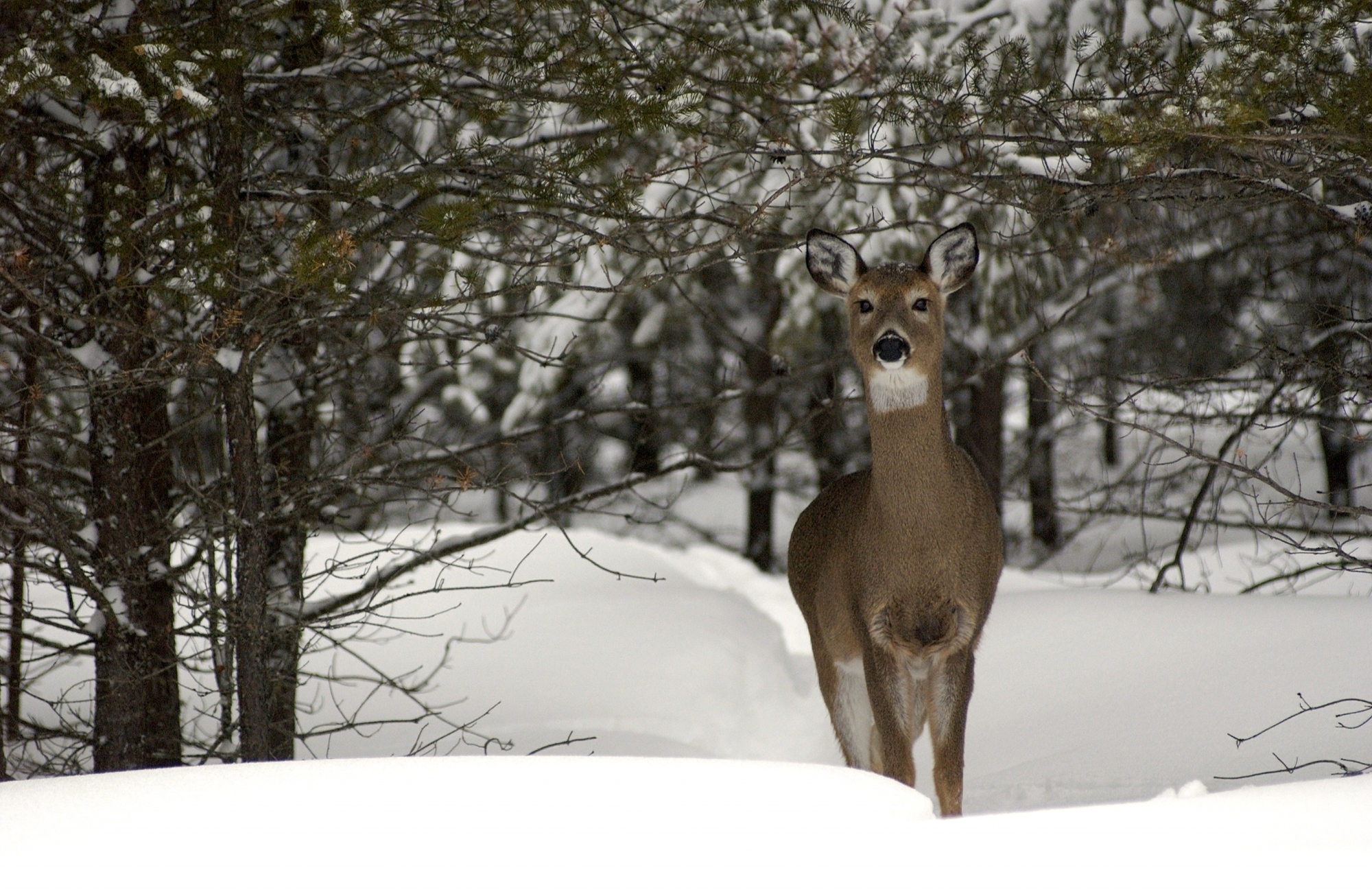 deer, and can remain indefinitely in certain types of soil.

EHD cannot be spread through animal-to-animal contact or through a contaminated environment.

To date, there is no evidence that chronic wasting disease presents any risk to non-cervids, including humans, either through contact with an infected animal or from handling venison. However, as a precaution, the U.S. Centers for Disease Control and the World Health Organization recommend that infected animals not be consumed as food by either humans or domestic animals.

In the summer of 2015, CWD was discovered in free-ranging deer in Michigan. Since then, over 5,600 deer have been tested for the disease with seven CWD-positive individuals found.

The DNR encourages hunters to submit deer heads for testing in the upcoming deer hunting seasons. Test results help the DNR determine the extent of the disease, and hunter harvest also helps prevent the spread of CWD by thinning the deer population in affected areas.

Hunter support is vital in helping the DNR to combat this difficult disease.

“The deer hunting seasons are our single best opportunity to collect sufficient samples to understand the extent of this invariably fatal disease,” Stewart said.

Botulism is a condition brought on by ingesting a naturally occurring toxin produced by Clostridium bacteria found in the bottom sediments of water bodies. Outbreaks of botulism can occur during periods of hot weather when water temperatures become elevated and water levels decrease.

In Michigan, both types C and E botulism are generally reported annually. 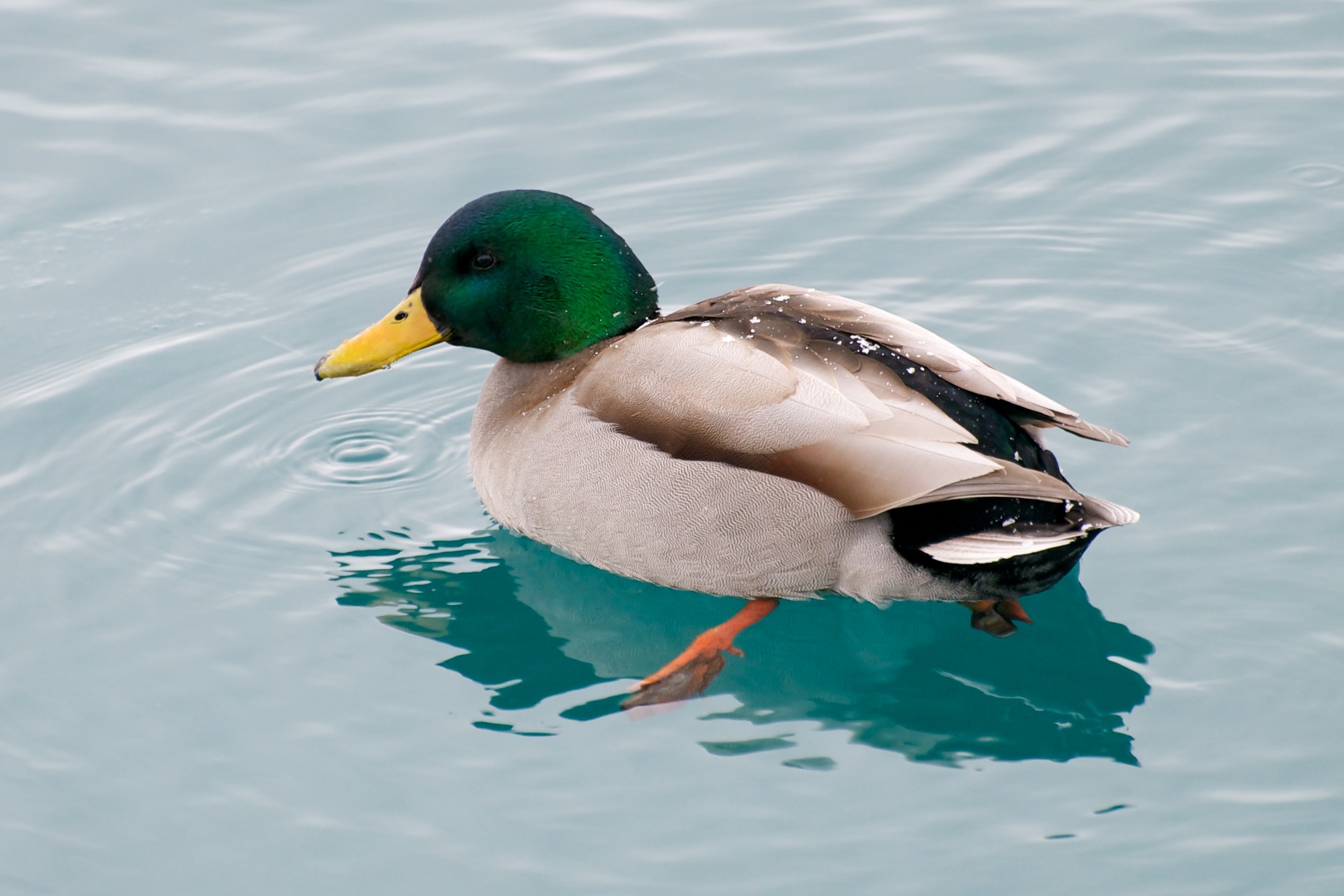 Outbreaks have continued to occur in ducks and shorebirds whenever conditions are favorable, with many reports of the disease along both coasts of the Lower Peninsula and on many inland lakes.

Within the last two months, the DNR has diagnosed Type C botulism in wild waterfowl at several locations in Wayne and Oakland counties, and along the East Arm of Grand Traverse Bay in Grand Traverse County.

“This isn’t rare,” Cooley said. “Fortunately, Type C botulism is not an immediate risk to humans, although pets, including dogs, could acquire the toxin if they were to eat a dead bird. When near the water, it’s best to keep your dog on a leash.”

Property owners, hunters, anglers or others who discover dead deer or waterfowl should report the animal online at the DNR’s Diseased Wildlife Reporting webpage or call the closest DNR customer service center.

“Citizen reports really help us to ascertain the scope of diseased wildlife throughout the state, so we appreciate any and all feedback about wildlife diseases,” Cooley said.

For deer that have died from epizootic hemorrhagic disease, it is acceptable to allow natural decomposition to dispose of the deer. This will not spread the disease or cause other disease outbreaks, as EHD can only be spread by the bite of a midge.

Property owners are responsible for the proper disposal of deer carcasses they want removed from their land. Carcasses can be buried at a sufficient depth so that body parts are not showing, or disposed of in landfills that accept household solid waste.

Once botulism has been confirmed at a site, additional waterfowl that are found dead should be reported and then disposed of.

“It’s important for us to stop the cycle of botulism once it starts,” Cooley said. “Any dead birds that are on the shoreline need to be picked up and disposed of properly. We don’t want other animals feeding on the carcasses.”

When handling dead wildlife, the use of rubber gloves is recommended. Dead birds should be double bagged and disposed of in normal garbage pickup destined for a landfill, or buried deeply enough that they can’t be easily dug up.

In addition, food should not be placed out for waterfowl or other birds in these areas where dead birds have been found. Congregating birds in areas where botulism has been located may cause more birds to pick up the bacteria and become sick.