When most people see a cedar fence post or an old, broken cedar limb on the ground, Dave Kober sees a trout; or a perch; or maybe, a bluegill.

Decoys have long been used by ice fishermen to lure large fish - generally pike, but also sturgeon and others - within range of the spearing hole, though some hook-and-line anglers use them as well.

Primarily turned out by home-shop artisans, fish decoys were once manufactured by major bait companies - James Heddon's Sons Co. in Dowagiac produced them decades ago - but the homemade models have become highly collectable, unique examples of American folk art that can fetch six figures.

Kober, 78, has been carving decoys since he was a young boy. 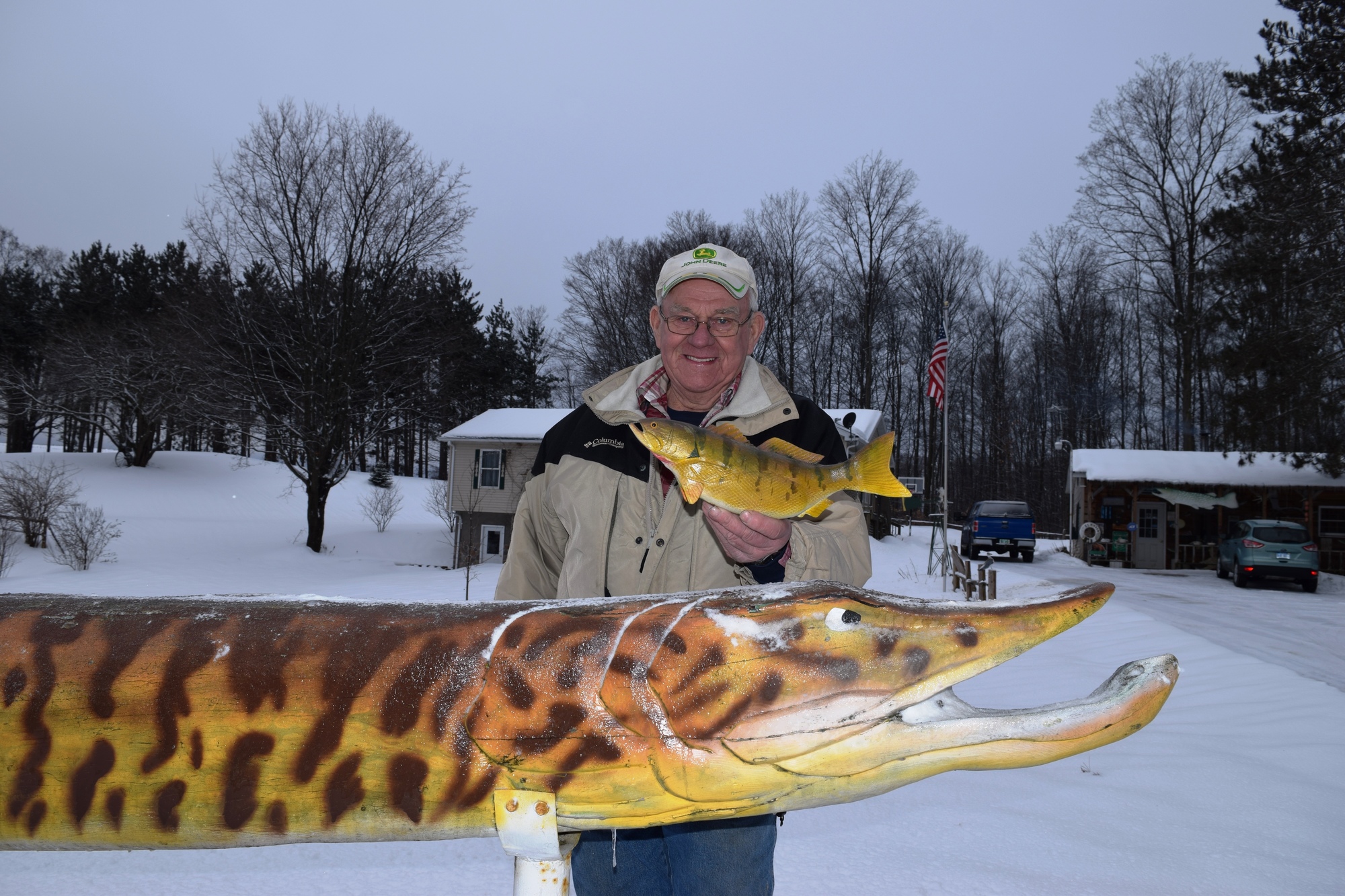 "It's grandpa's fault," said Kober. "My grandfather was an ardent hunter and fisherman and he liked to carve decoys. He taught me everything I know I guess. I started it as a hobby.

"That artsy thing kind of runs in our family," he said. "I have a brother and sister who are commercial artists, though I never pursued anything artsy. When I was a kid it was the furthest thing from my mind. But I could always draw."

That's' where it starts. When Kober begins, he sketches out his design on a chunk of wood, cuts out the rough form with a band saw. Then he gets after it with a draw plane and rasp. He finishes a decoy with power tools and hand- paints it with acrylics.

Kober works with white cedar, most of which he scavenges from nearby woodlots, though it isn't unusual, he said, to come home and find a cedar limb on his porch, left there by one of his buddies.

"I like the texture of it (cedar) and the smell of it," he said. "It's pleasant to work with and it takes paint well. I really like that old worn cedar, like fence posts. If it's got flaws in it that just adds to the character of the piece."

As his reputation grew, Kober moved on from basic decoys to decorative decoys - designed for display - and though he still makes working decoys "now that the cost is so high, there's not a lot of people who want to put them in the water."

But there are plenty of wood carvers who stay in the working decoy end of the pool. 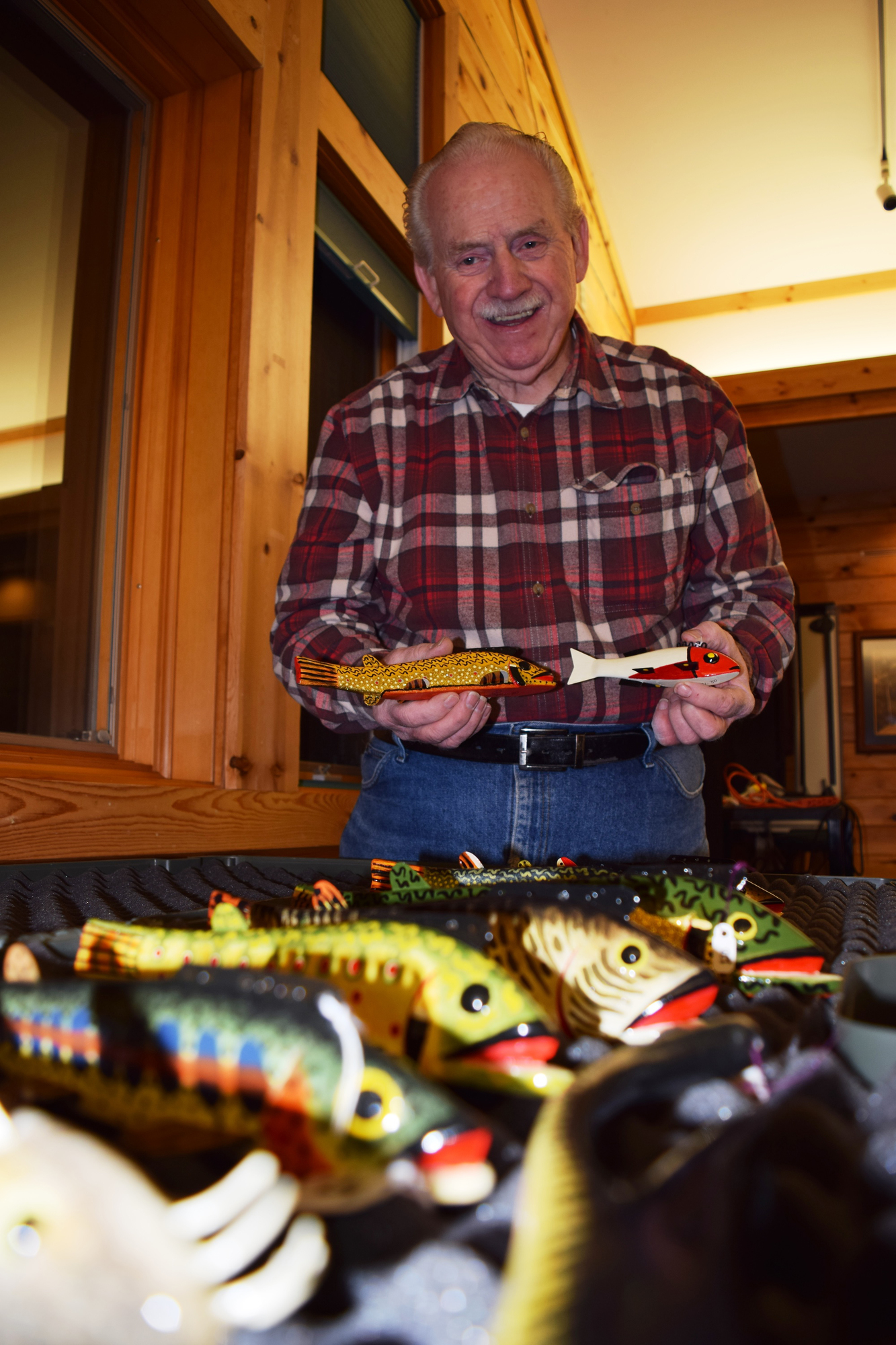 Fred and Jo Anne Campbell, a husband/wife team who live in Benzie County, have run BenzieJo Decoys out of their backyard shop since 1997. All they produce are working decoys.

"Though I have to say that probably 90 percent of our buyers are collectors," Jo Anne Campbell said.

The pair got into decoy making when Fred some some at a market, remembered using them as a kid, bought some, and was enthralled by them.

"I thought he was crazy for buying them," Jo Anne said.

But when Fred decided he was going to start carving them, Jo Anne volunteered to do the painting.

"We'll never get rich on it, but we have fun doing it and make a little money on the side," she said. "They're not anatomically correct, but they work."

Michigan has a long history of fish decoy carvers.

Perhaps the best-known among them was Oscar Peterson of Cadillac, who died in 1951. He's well-known enough in the art world that his wooden fish have been sold by Sotheby's, and a single piece once fetched $18,000.

Al Nelson, 72, who helps teach a class on decoy carving at the Michigan Department of Natural Resources' Carl T. Johnson Hunting and Fishing Center in Cadillac, has been around decoy carving his entire life.

"My older brothers started back in '38, and we've been associated with it since then," he said. "When we grew up - there were 16 of us in the family - we all speared and we sat around and made decoys. I probably started when I was 10 years old."

The Nelsons were family friends with Peterson, who allowed the boys to watch him work. Al's late brother Jim became a well-known carver and produced thousands of pieces, which are now considered collectables. But the Nelsons never 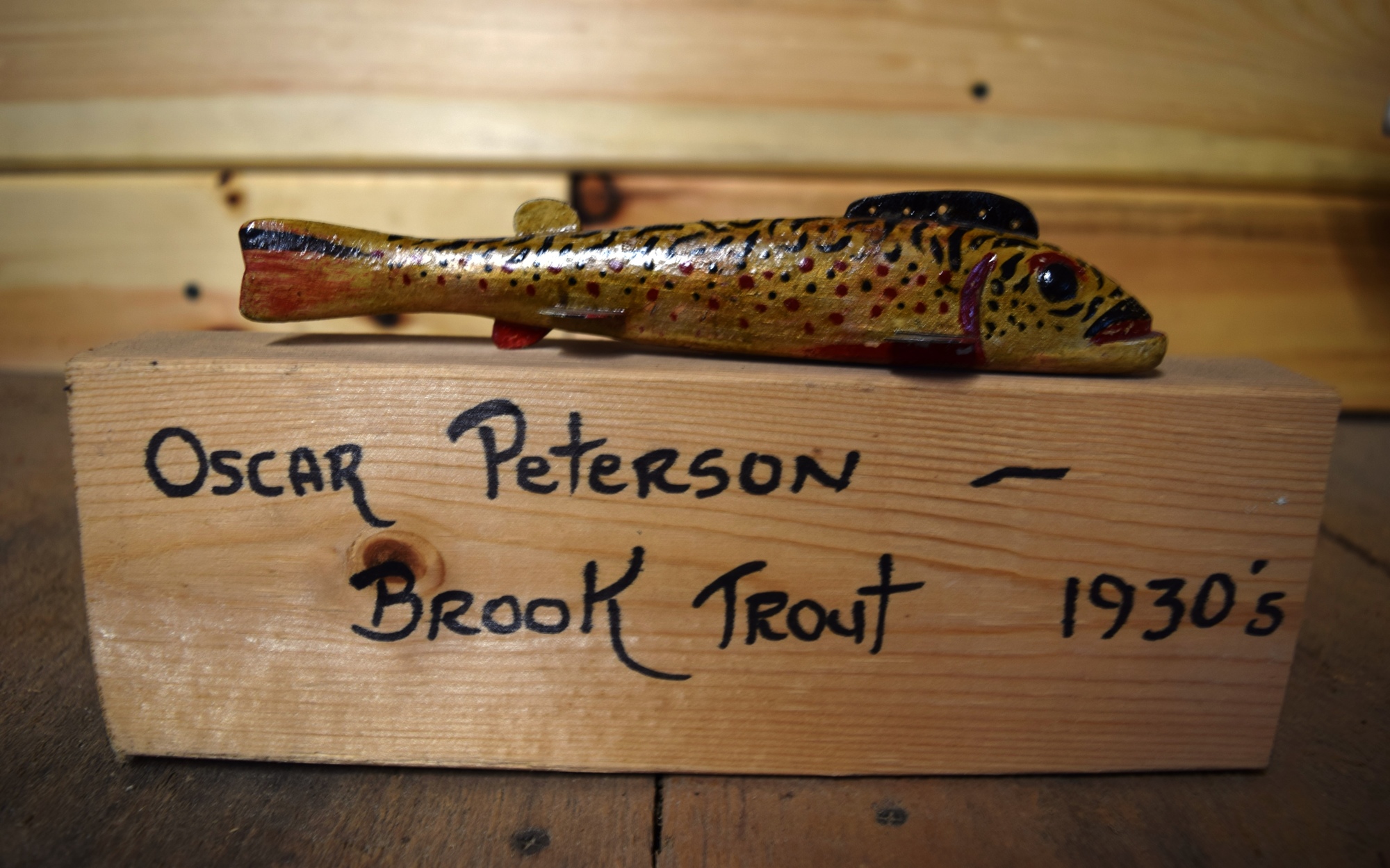 went in the decorative decoy direction.

"We emphasize decoys - not replicas of fish," Nelson said. "They've got to swim so you can take them out and use them."

Nelson said their decoys are made the traditional way - whittled from white pine with upholstery tacks for eyes, fins made from scrap sheet metal and weighted with lead so they perform properly in the water. And Nelson said he still uses his own, or some made by his buddies, in the spearing shack.

"We go out, not so much to spear them, as to lure them in and watch them," he said. "We want to pass on the legacy of decoy carving."

Anglers interested in ice fishing decoys may want to check out some of the items that are part of the collection at the Carl T. Johnson Center. There are a number of them, including a display of Kober's process - from a hunk of wood to a finished decoy - some of Oscar Peterson's and others as well.

Get more information on fishing at www.michigan.gov/fishing.