Bass fishing has a long history with sport anglers in Michigan

The Saturday before Memorial Day is especially significant to two groups of bass anglers - those who fish tournaments and those who like to eat bass.

That's because anglers can now fish for both species of bass - largemouth and smallmouth - year-round in Michigan, as long as they release them immediately, until the "possession season" arrives later this summer.

This wasn't always so. 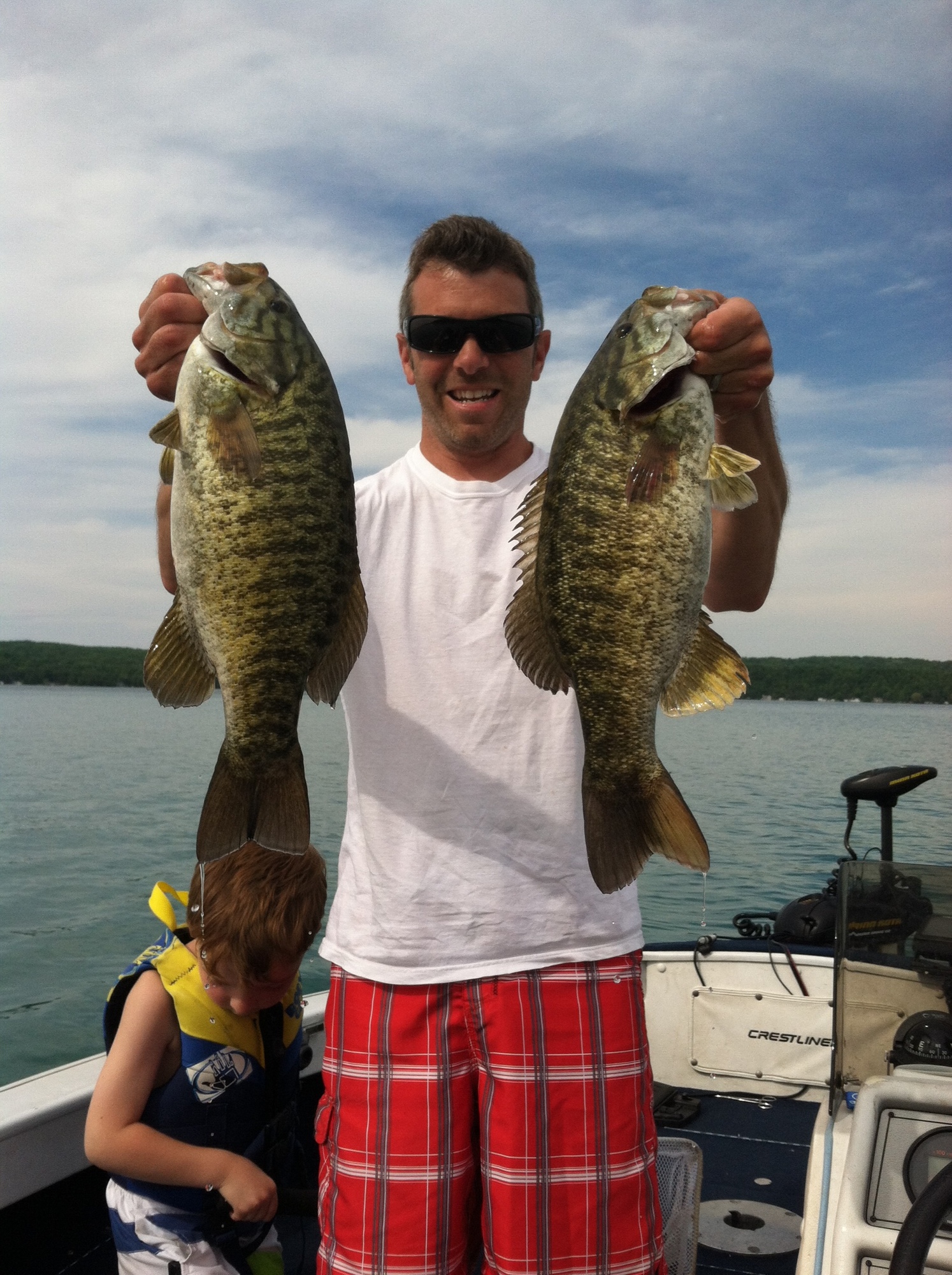 Michigan's bass season was set by the Legislature in 1970, to begin the Saturday before Memorial Day and run through Dec. 31. That remains the open season today - except on Lake St. Clair, and the Detroit and St. Clair rivers.

It has always been illegal to take, or attempt to take, bass during the closed season, but there were a number of catch-and-release exceptions to the season over the years.

This changed when the Michigan Natural Resources Commission allowed year-round catch-and-release bass fishing at its April 9, 2015 meeting, a rule that became effective immediately.

In 1988, an experimental catch-and-release season was established, at the behest of organized bass fishing groups, on six large southern Michigan lakes, opening April 1.

This season remained in effect until 2006, when catch-and-release bass fishing was allowed statewide to correspond to the opener of walleye and pike season, which opened the last Saturday of April in the Lower Peninsula and May 15 in the Upper Peninsula. 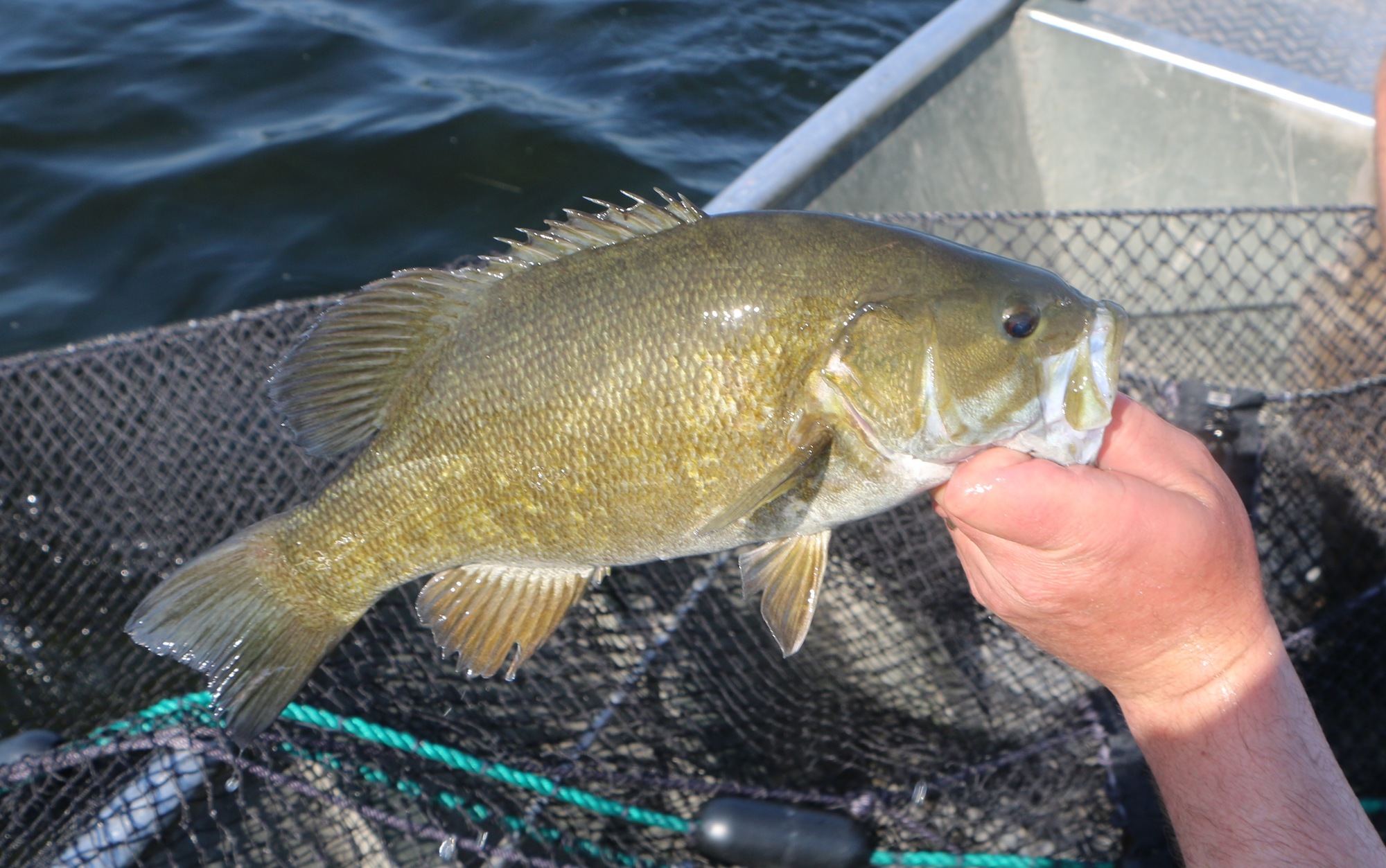 The catch-and-release bass season was expanded to remain open year-round statewide in 2015.

"Seasons were historically written into statute to protect spawning populations and have changed several times over the last 100 years," explained Todd Grischke, assistant chief of the Michigan Department of Natural Resources' Fisheries Division. "It doesn't protect them completely and, depending on the year, it doesn't protect them though the entire spawn, but it protects a lot of them through the peak of the spawn - enough that they'll survive and reproduce.

"Bass are members of the sunfish family and like all sunfish are very prolific. The average female bass produces about 30,000 eggs per pound of body weight. It doesn't take many successful females to ensure they'll produce the next generation." Check out a video from a Michigan college bass fishing championship tournament.

Although considered quality table fare - especially smallmouths - bass are more prized these days for their sporting qualities than as foodstuffs. The vast majority of self-described bass anglers say they always release their catch.

"There has also been a total change in angler behavior, from a harvest mentality to a catch-and-release mentality," Grischke said.

Besides seasonal restrictions on harvesting bass, there are also minimum size limits and daily creel limits.

The change in size limit has produced better fishing; anglers report catching more, and larger, average-sized bass than in the past.

Because bass are efficient predators, there are indications that the larger size limit on bass has helped improve panfish dynamics. This is especially true in bluegills, which can be prone to stunting (with individuals remaining small) when their populations get overly large in a body of water. 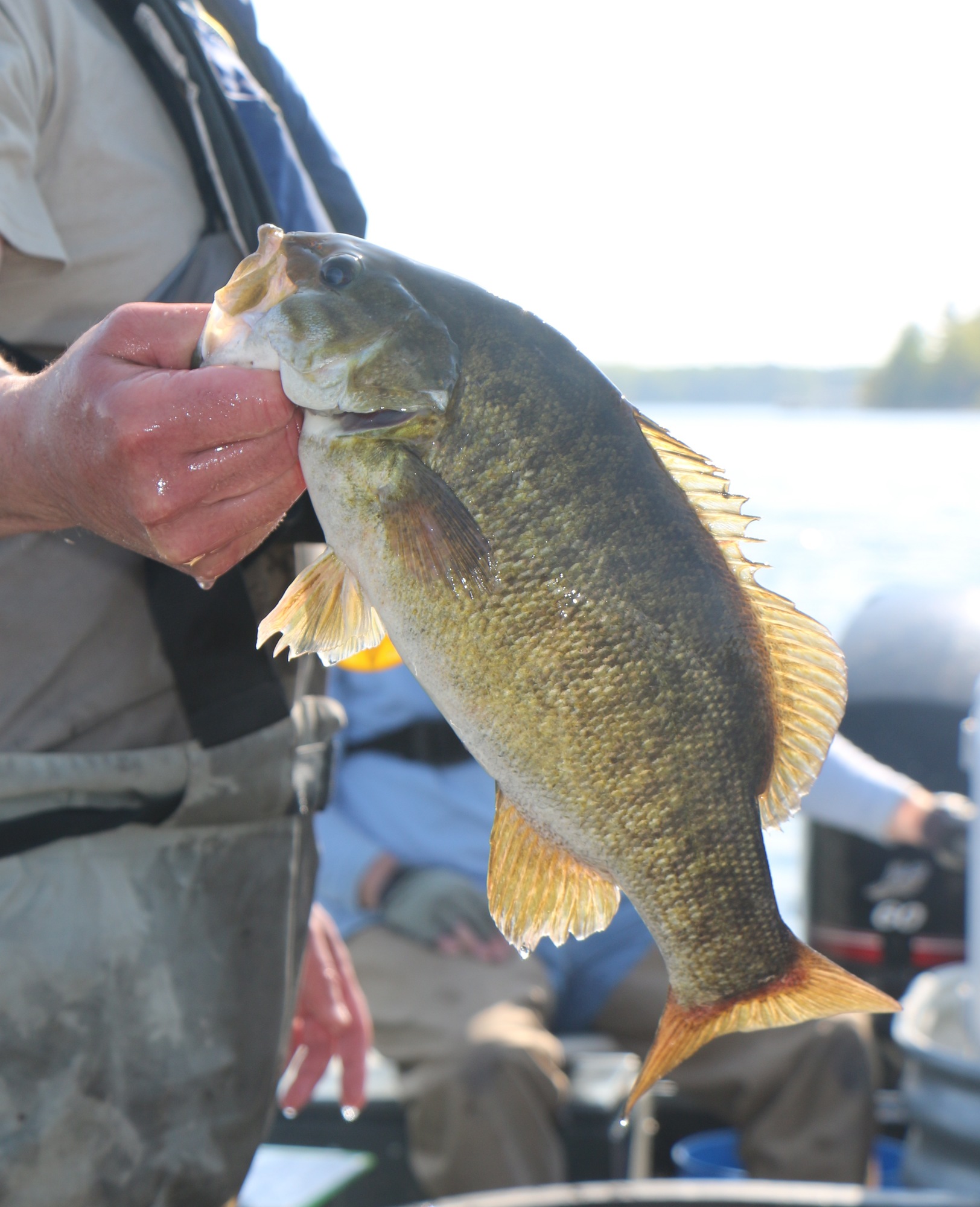 The daily creel limit was set at five in 1932, too, where it remains today, though from 1940-41, anglers on the Great Lakes were allowed to keep five largemouth bass and 10 smallmouths.

Anglers typically enjoy good bass fishing around the opener, when the fish are post-spawn and feeding eagerly to recover from the rigors of reproduction. They are generally in shallow water, which makes them easier to locate.

Bass are the top freshwater gamefish species pursued nationally and are always among the top targets mentioned by anglers when surveyed in Michigan.

"Bass are very important in Michigan, from a recreational standpoint and an economic standpoint, but not as much from a harvest standpoint as they once were," Grischke said. "They are pursued by a large number of our anglers and generate a tremendous amount of economic activity."

Found statewide in most lakes and streams, bass are at the top of the food chain in many of these water bodies, feeding on many species of minnows or smaller fish, as well as crawfish, frogs, leeches, and well, just about anything. It isn't unusual to find odd items - even small birds and turtles - in their stomachs.

Most bass anglers prefer to fish with artificial lures these days, and all manner of them - from bottom-bouncing jigs to top-water poppers to everything in between - will produce, though there are still those who prefer to fish with live bait, which is perfectly legal on most waters.

Get more information on sport fishing in Michigan at www.michigan.gov/fishing.

Bass 1 and Bass 2: Bass, like this smallmouth, are growing in popularity with sport anglers in Michigan.

Bow: Pro bass angler Kevin VanDam of Kalamazoo casts from the bow of his boat. (Photo courtesy of Garrick Dixon)