To hear teacher Mario Pritchard tell it, there are two ways to learn about history.

The first? Read textbooks that describe what other people have done. The second way, which Pritchard prefers, is to take the knowledge from those accounts and apply it in real-world settings.

His approach to education likely is a key reason that Pritchard – a social studies teacher at Chandler Park Academy High School in the metro Detroit suburb of Harper Woods – is a big fan of the Governor’s Decision Room at the Michigan History Center in downtown Lansing.

Pritchard has ushered some 60 kids through the program, which the Michigan History Center describes as “a multiday, solution-based learning experience that allows students to collaborate as they determine the best course of action for the governor during actual historical events.”

It’s a tall order, but the Governor’s Decision Room delivers.

Currently, the program is devoted to understanding the social, political and cultural climates surrounding the 1967 civil unrest in Detroit, an incredibly tense four-day period that July, which left the region reeling.

Many know the event as the Detroit Riot of 1967, or the 12th Street Riot, but today labeling this event a “riot” is contested by those who also see elements of rebellion, protest or uprising.

When the smoke cleared, there were 43 people dead, 342 injured, nearly 1,400 buildings burned, upwards of $50 million in damage and more than 5,000 people left homeless.

This brief video gives an overview of the program and student reactions to it. 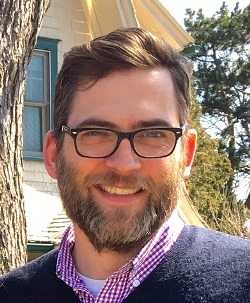 Michigan’s state archivist, Mark Harvey, said his team at the history center chose Detroit 1967 as the Governor’s Decision Room’s first history subject in part because of feedback from teachers who felt that civil rights doesn’t always get the best treatment in textbooks or in the classroom because the topic tends to fall near the end of the school year’s curriculum.

Before diving into the core of the program, though, let’s look at how the Governor’s Decision Room moved from concept to reality.

“As a result of working with teachers on a Teaching Michigan History federal grant, I had the idea to create an intensive education program focused on primary resources,” said Harvey. “We had also begun considering how to incorporate 21st-century learning skills into critical thinking and decision making.”

Through some research, Harvey came across the White House Decision Center program at the Truman Presidential Library in Missouri. Determining that the program fit the Michigan History Center’s vision for what could be created in Michigan, Harvey was hooked. He contacted the Truman library staff for guidance, but initially didn’t get the hoped-for response.

Undeterred, Harvey confesses to a “persistent” effort in reaching out to the program, which ultimately worked. Soon after, he was on a plane to the Show-Me State to see firsthand what the center’s sessions were all about.

“Either impressed with our interest or fatigued by our persistence, the Truman staff agreed to partner with us and essentially turned over the program content to be modeled at the state level,” Harvey said. “Michigan was the first state to offer such a program.” (To date, it still is, although Pennsylvania and Virginia have inquired about how to run the program.)

After Harvey’s Missouri visit, things started moving. Backed by financial support from the Michigan History Foundation, Steelcase, and David and Betty Morris – whose $375,000 contribution remains the Michigan History Center’s single-largest private donation – construction got under way in 2011 and wrapped a year later. The room was dedicated Feb. 28, 2013, and welcomed its first high-school class later that spring. 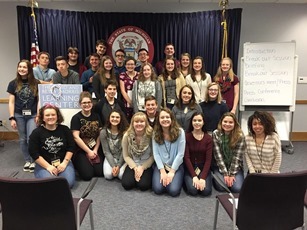 Erika Sponsler, a U.S. history, advanced placement (AP) U.S. history and yearbook teacher at Western High School in Parma, about 45 miles south of Lansing, enjoyed the honor of being the first teacher (who hadn’t been involved with creating the program) to experience the Governor’s Decision Room with her students.

It was a meeting with Rachel Clark, a Michigan History Center education specialist, that put the decision room on Sponsler’s radar.

“Rachel was presenting on the program at a Michigan Social Studies Supervisors Association meeting, and I was there representing Jackson County,” she said.

Sponsler already was using a project-based curriculum with her 10th-grade U.S. history classes, one in which students create a country and then trace events back to see how history happens to them.

“They hold ‘jobs’ (research projects), invest in an economy, fight wars, create treaties … our students really get into working in teams and role-playing,” Sponsler said. “I felt like the Governor’s Decision Room was a program I could see creating on my own, so I was excited to find it already existed.”

Backdrop for the uprising 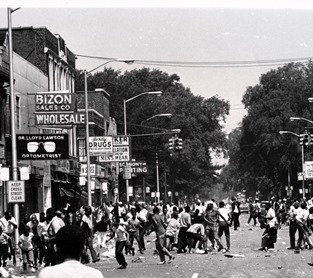 “In 1967, Detroit was the country’s fourth largest city, and we were a major state politically, economically and industrially, with the ‘Big Three’ automotive manufacturers – Ford, General Motors and Chrysler – headquartered in Detroit,” Clark said. “This module asks the students to examine – and then act on – how dramatic events unfolding in 1960s Michigan actually were a microscope for the country as a whole.”

It’s a tactic that integrates well with Marcus Cornelius’s classroom.

Cornelius is an AP U.S. history teacher at Frankenmuth High School, about an hour and a half’s drive northwest of Detroit. One of the objectives for his class is to analyze documents and then apply that analysis for an essay thesis.

“I found that this (the Governor’s Decision Room) held the same idea, that we could apply the knowledge from real artifacts and documents and come up with an arguable position on what we would do in a situation from the past.”

The archives hold a number of compelling items that are used in the program. Students have access to: 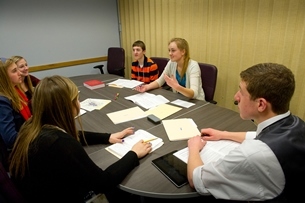 Cornelius said that each year his kids aren’t sure what to expect – is it going to be just another field trip? – but once they get into the modules, the interest level definitely goes up.

“On the day we get to Lansing, it’s all business and the students really step up to the challenge. They want to solve the problem that happened years ago,” he said. “It is a really cool thing to watch happen.”

Chandler Park Academy’s Pritchard backs up that sentiment, pointing to the part of the program when the students are asked to evaluate different scenarios like the Chicago Democratic Convention demonstrations of 1968 and Rodney King’s arrest in 1991 in Los Angeles and then determine whether the reaction surrounding each was actually a riot, a rebellion or a protest.

The students find there’s not always an easy solution.

“The beauty of this assignment is that the concepts of riot, rebellion and protest have similar qualities, but they also have qualities that are different,” Pritchard said. “The kids told me that the definitions and labels we place on different events communicate powerfully how people understand current and historical events.

“When it comes to self-perception and well-being, local culture and history matter, and the Governor’s Decision Room allows us to analyze it.” 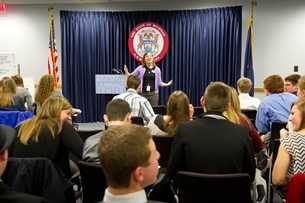 Building on the success of bringing the 1967 Detroit civil unrest from the pages of history into a modern-day learning arena, the next topic (available November 2017) takes on the Flint sit-down strike of 1937 that led to the unionization of the automobile industry.

To date, the Governor’s Decision Room, which also has been available at Cadillac Place in Detroit since last fall, has welcomed nearly 800 students from 13 schools.

“I have yet to find a better way to get kids reading and using documents and having serious discussions about real events,” said Western High School’s Sponsler. “The Decision Room gives them both power and a sense of importance that is hard for high-schoolers to find every day.

“Kids remember this; it sticks with them. Seniors this year who went with me as sophomores were talking about the roles they played and the decisions they made.”

If you’d like to plan a classroom visit it or learn more about the center’s resources, visit www.michigan.gov/mhc or www.thedecisionroom.org. The Archives of Michigan and Governor’s Decision Room are housed in the Michigan History Center, 702 W. Kalamazoo St., in Lansing, just two blocks west of the state Capitol building.

Detroit_1967_12th_Street.jpg – A photo showing Detroiters on 12th Street in July 1967, one of the many images used in the education modules that are part of the Michigan History Center’s Governor’s Decision Room program.

Cavanagh_memo.pdf – A memo dated July 18, 1967, from Detroit Mayor Jerome Cavanagh to his department heads, boards and commissions, asking their help in being alert to activity that might indicate neighborhood tensions.

Western_HS_group.jpg – Western High School students gather near the press podium during their visit to the Governor’s Decision Room in Lansing. The students took part in exercises that put them at the center of pivotal decisions by the governor, the executive cabinet and others in this Michigan History Center program. Photo courtesy Erika Sponsler.

Western_HS_student_press.jpg – Students from a Western High School class get into their roles as members of the press during an exercise exploring 1967 Detroit and the surrounding reactions. It’s part of the Michigan History Center’s Governor’s Decision Room curriculum. Photo courtesy Erika Sponsler.

Frankenmuth_HS_student_discussion.jpg – Students from Frankenmuth High School discuss a point during one of the 1967 Detroit learning modules in the Governor’s Decision Room at the Michigan History Center, Lansing.

Rachel_Clark_welcomes_students.jpg – Michigan History Center education specialist Rachel Clark shares a light moment with students who are getting ready to break into different education modules as part of the Governor's Decision Room program.