Riparian areas have numerous values for people and wildlife

The thousands of rivers, lakes and streams in Michigan are beautiful, special places, not only to a wide range of people, including anglers, boaters and campers, but numerous plant and animal species.

Those areas between the water and the uplands are called riparian areas or riparian zones. A riparian management zone is “an area designated and consciously managed to protect functions and values of riparian areas.”

Within a watershed — the area drained by a river or stream system — the lands next to streams and rivers are particularly important to the health of those waterways.

“Because of the unique conditions adjacent to lakes, streams and open-water wetlands, riparian areas harbor a high diversity of plants and wildlife,” Michigan Department of Natural Resources fisheries biologists said in a report on “Riparian Zone Management and Trout Streams: 21st Century and Beyond.” “Life is simply richer along rivers and streams.

“Riparian areas are ecologically and socially significant in their effects on water quality and quantity, as well as aesthetics, habitat, bank stability, timber production, and their contribution to overall biodiversity.”

Plant habitat along rivers and streams is called riparian vegetation. The plants that grow there have an affinity for water.

“Vegetative cover refers to overhanging or submerged tree limbs, shrubs and other plants growing along the shore of the waterbody,” the U.S. Environmental Protection Agency’s website states. “Rivers, streams and lakes can be buffered from the effects of human disturbance in the watershed by varied, multi-layered vegetation in the land corridor that surrounds them.

“Healthy, intact vegetative cover in these riparian areas can help reduce nutrient and sediment runoff from the surrounding landscape, prevent bank erosion and provide shade to reduce water temperature. Vegetative cover can also provide leaf litter and large wood (such as branches and logs) to serve as food, shelter and habitat for aquatic organisms.” 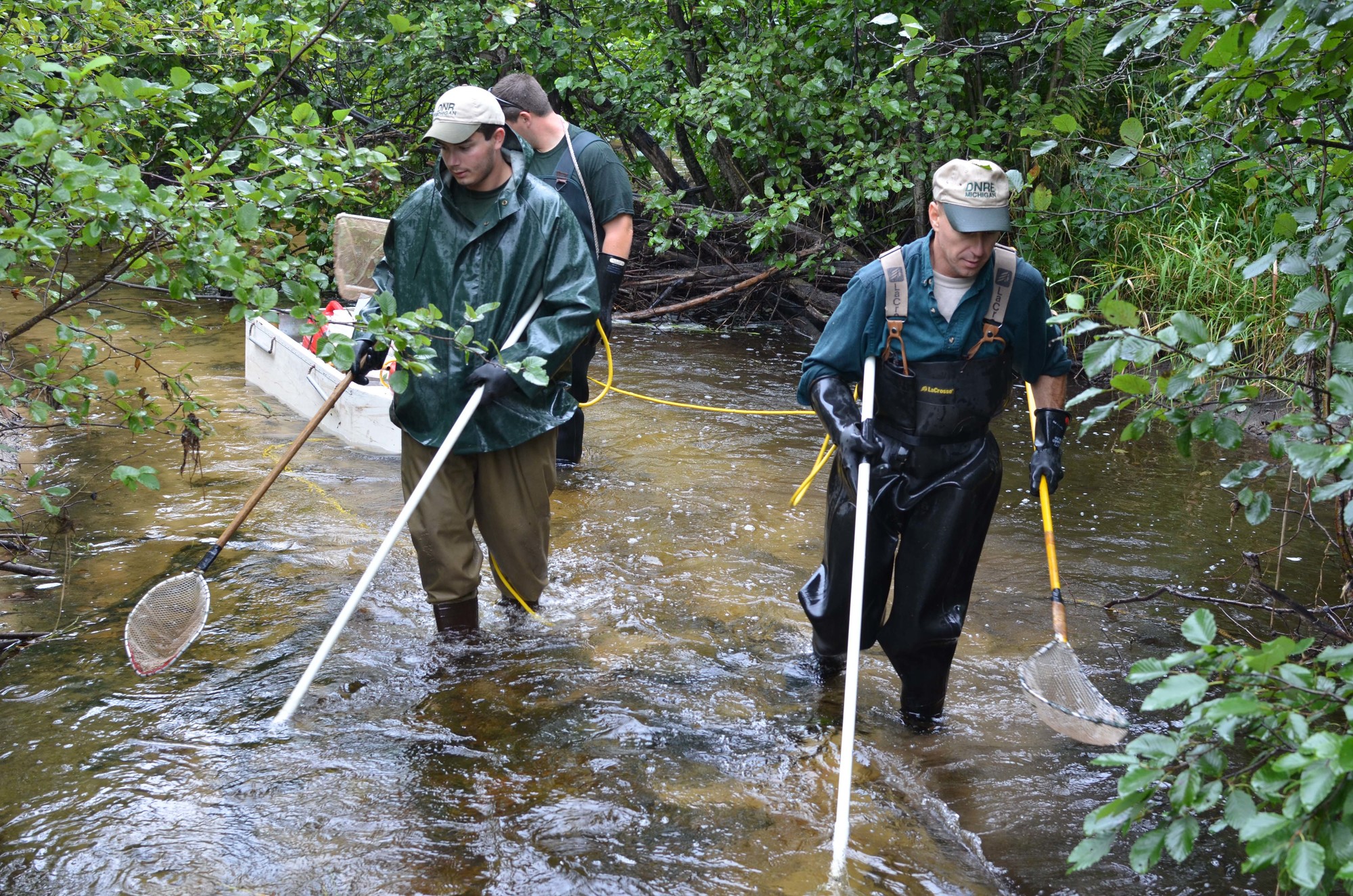 “When leaves, twigs, sticks and even entire trees fall into streams, they provide both food and shelter for aquatic insects, and habitat for reptiles, amphibians, fish, mammals and birds.”

Woody debris can slow down fast-flowing water, create deep holes and provide cover for fish and other wildlife to hide in.

At Pictured Rocks National Lakeshore, in Alger County, rangers said the streams there are home to more than 170 groups of aquatic macroinvertebrates, those organisms that that live underwater, do not have a backbone and can be seen with the naked eye.

According to the EPA, vegetative cover along lakes and streams varies naturally among the various ecological regions in the United States.

“The amount and complexity of vegetative cover for a given stream, river or lake is used as a measure of the integrity of the waterbody’s physical habitat,” the EPA said. 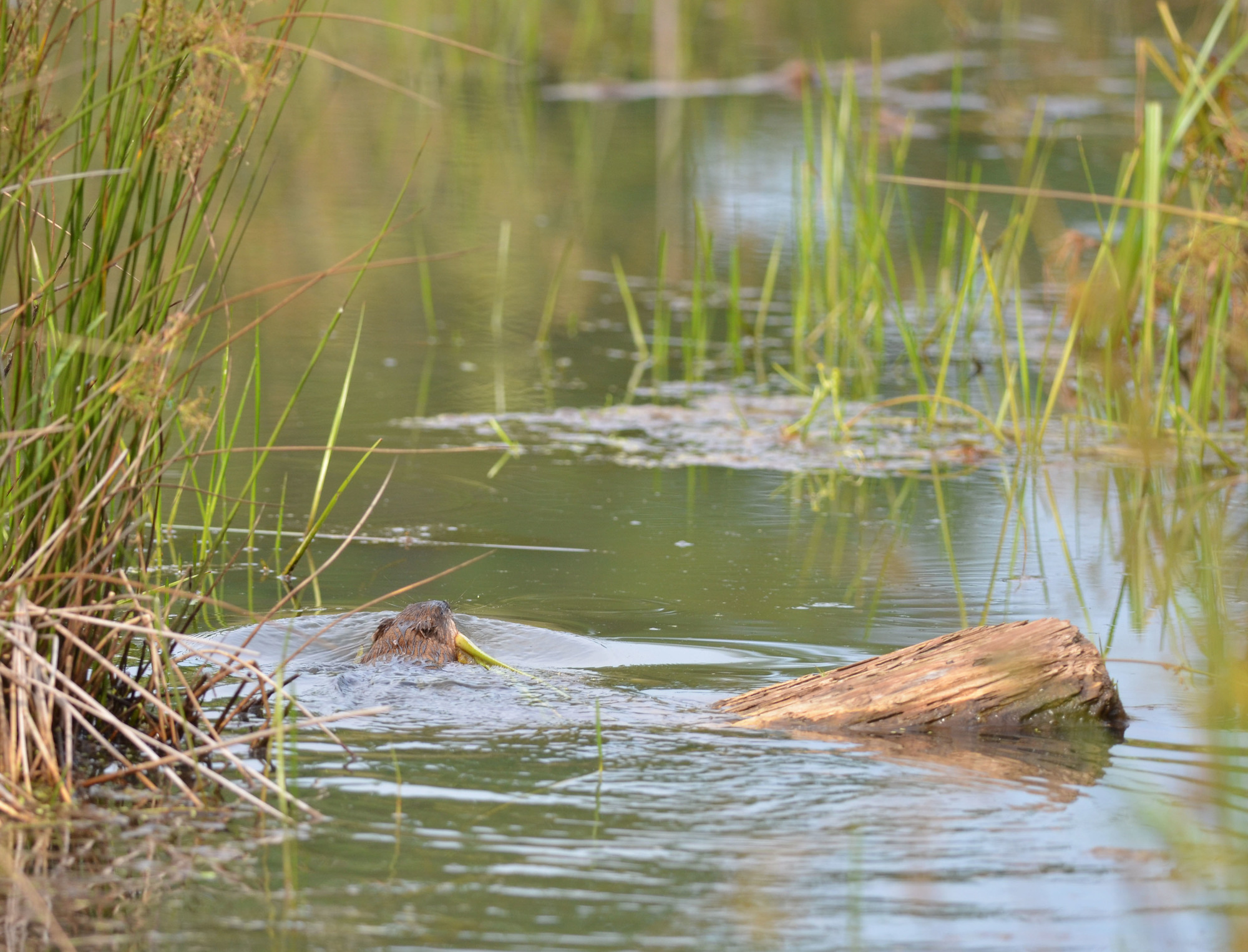 The DNR fisheries biologists said the agency and its partners spend many thousands of dollars each year to introduce additional large woody debris into our river systems, debris that has been lost artificially over time due to a variety of circumstances.

“Not only are shorelines and rivers important for recreation, several species of wildlife depend on shorelines for their livelihood,” said Holly Vaughn, a DNR wildlife communications coordinator.

Ninety percent of all wildlife species use riparian areas for some aspect of their existence during their life cycles.

“Riparian obligate species are those that require riparian habitats for all or part of their livelihood and these include snapping turtles, wood ducks, river otters, et cetera,” the DNR biologists said.

Tree frogs, wood turtles, salamanders, and many other reptiles and amphibians, use the water for laying eggs and breeding each spring. Ospreys, eagles and herons are among the bird species that rely on streams, lakes and rivers for food and nest in large trees nearby.

The endangered piping plover nests and feeds on the sandy and rocky beaches of Lakes Michigan, Huron and Superior. Terns and gulls nest on rocky shoals and island shorelines. Ducks, geese and swans nest on coastal marshes. 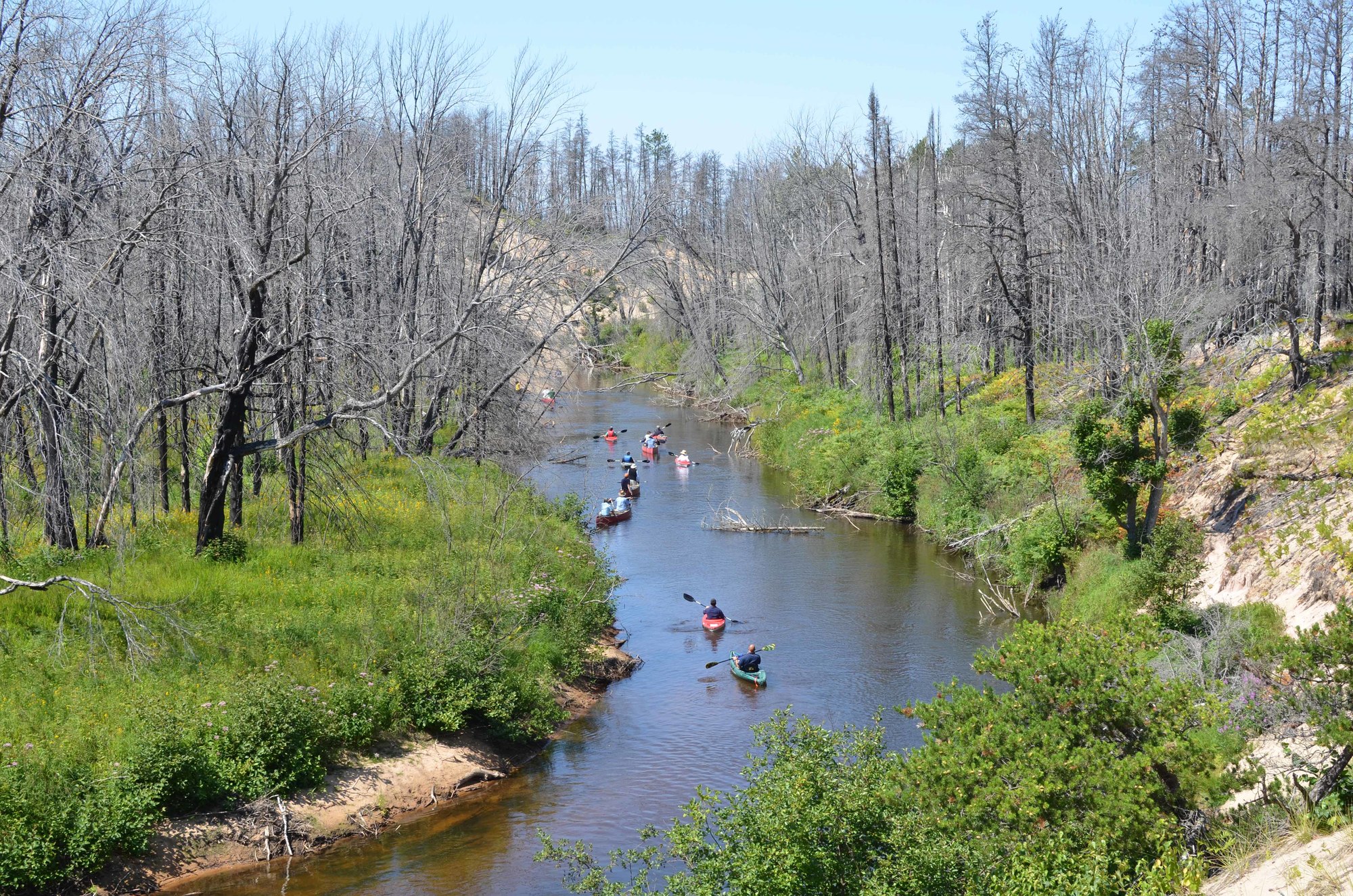 “Mink, otters, muskrats and beavers can be found feeding and denning along river shorelines,” Vaughn said. “A handful of unique tree species also grow on the banks of Michigan’s rivers. Paw-paw, blue beech or musclewood, and sycamore trees thrive in the wet, periodically flooded soils along rivers.”

River Partners, a California organization whose mission is to create wildlife habitat for the benefit of people and the environment, said intact rivers and riparian areas attract more than wildlife.

It’s no secret Michigan is home to tremendous water resources. The state has 3,288 miles of freshwater shoreline — second only to Alaska — and an extensive network of rivers, providing the people of Michigan with great recreation opportunities.

These habitats are vital for fish and wildlife and for people as well. Michigan’s lakes and rivers provide clean, sparkling drinking water for many Michigan cities and towns. They are also vital routes for industry. Shipping is an important part of Michigan’s economy.

Whether you’re a salmon angler, an agate hunter, a homeowner, a boater, camper, city planner, birdwatcher, hunter, or just like to enjoy the beauty of the scenery around lakes, rivers and streams, understanding the importance of riparian areas, and woody vegetation situated around lakes, can help us all more deeply appreciate the Great Lakes State and its tremendous water resources.

Frog: Numerous species of reptiles or amphibians, like this green frog, depends on riparian areas and water as places to mate and lay their eggs.

Geese: Waterfowl, like these Canada geese, nest on coastal marshes.

Gull: Terns and gulls, like this herring gull, nest on rocky shoals and island shorelines.

Muskrat: A muskrat drags a cattail reed over a log. Mink, otters, muskrats and beavers can be found feeding and denning along river shorelines.

Stream: Vegetation growing alongside streams, like the East Branch of the Eagle River in Keweenaw County shown here, provides several benefits to humans and wildlife.