Todd Switala has always been a volunteer. He's coached Little League baseball, swim and soccer teams, led Cub Scout and Boy Scout groups, and he puts on an annual youth sucker-fishing tournament near his home in Sterling, where he serves as president of the Sterling Sportsmen Association.

He's well-known for his efforts in Arenac County, but his reputation spread statewide when the Michigan Department of Natural Resources named him Hunter Safety Education Instructor of the Year.

It's an honor he accepts with a casual shrug.

"Anything we can do for the youth, I'm all for it," said Switala, a 50-year-old retired union brick layer and full-time community activist. "I've always thought that." 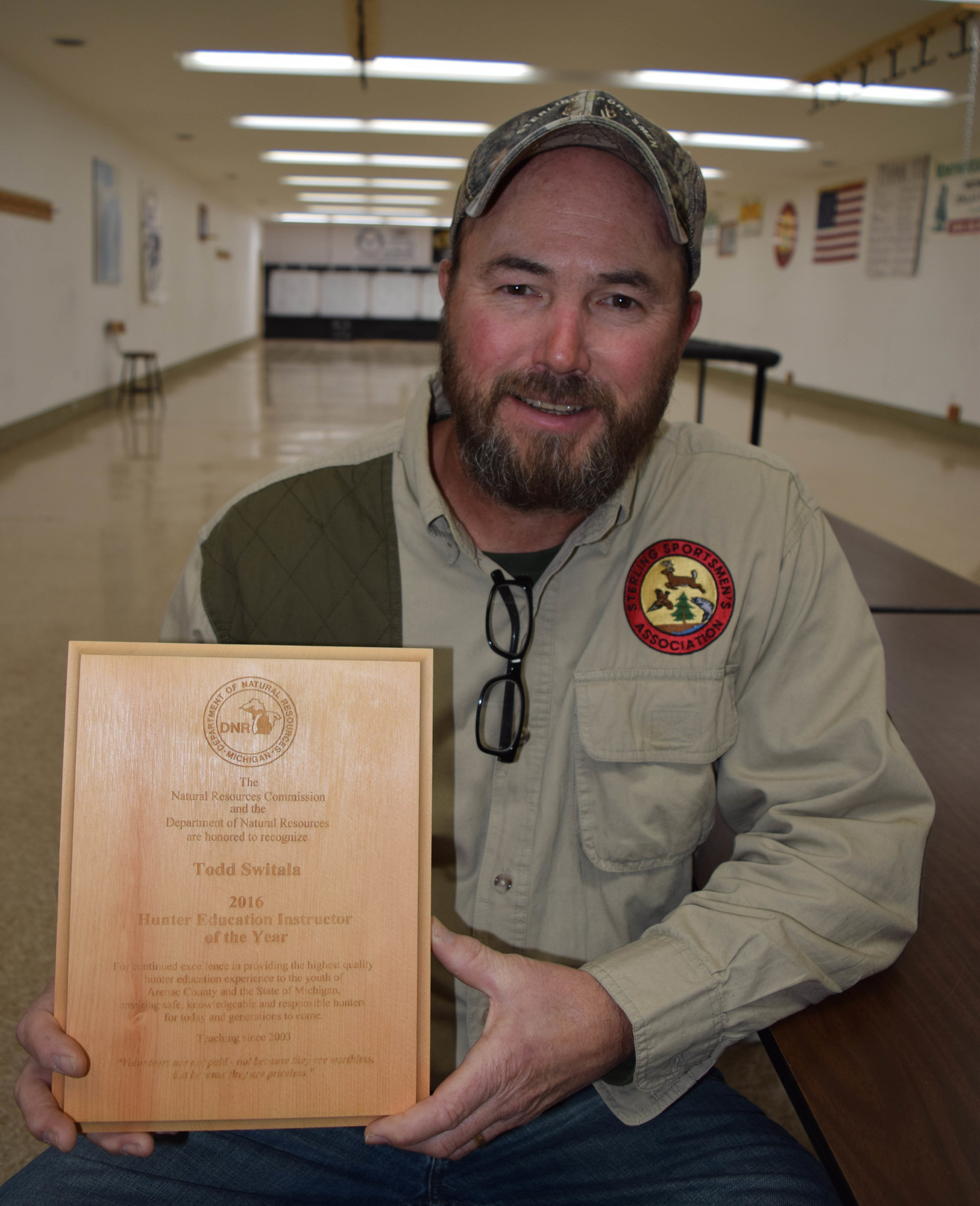 Switala was barely an adult, 30 years ago, when he thought it was time to recreate the local sportsmen's club, which had closed its doors in 1963.

He and a handful of locals came up with a plan to purchase the decrepit building and in 1993, even before the facility was fit to be used, he started a hunter safety program, holding classes at a nearby 4-H building.

Except for a couple of years when he was out of the loop, recuperating from a fall from a scaffolding, he's been at it ever since.

"He's very dedicated," Hudson said. "He's never late, always early, ready and prepared. The amount of time he puts into (this) is way beyond what would be expected from any volunteer. He's an amazing guy."

Switala says even he's not sure "what it is that got a hold of me," causing him to hurl himself headlong into hunter education, except that he loves hunting himself and "you get enjoyment out of passing the sport along."

Four times as year - in February, March, August and September - he spends a weekend teaching hunter safety to an increasingly diverse crew.

"The last class I had had 42 students, 23 of them girls and seven of them adult females," Switala said. "Back in the day, it was all 13-year-old boys."

He also provides the hands-on field sessions that support the on-line and home study programs. 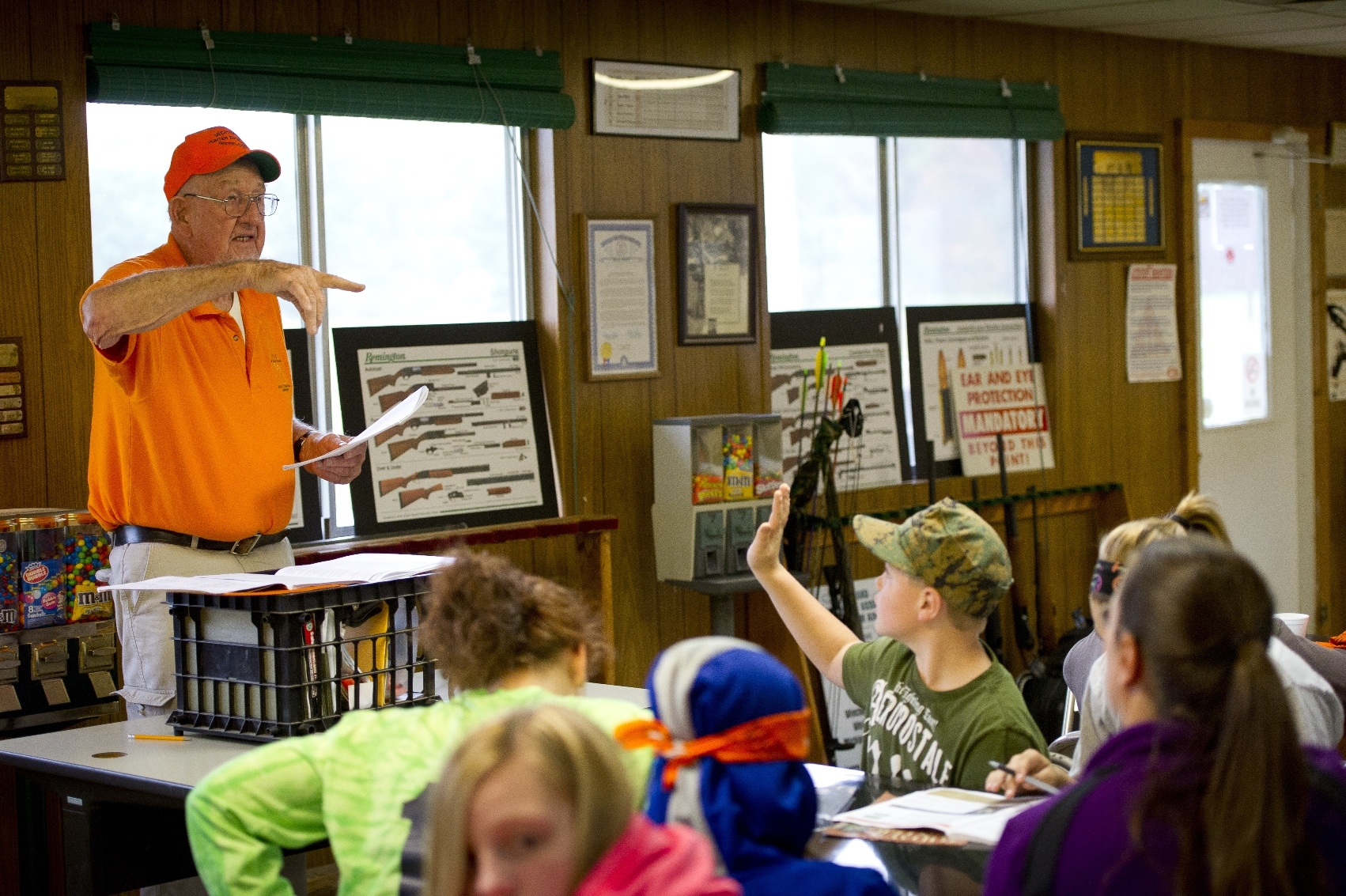 Switala calls his approach to hunter safety EDGE training - educate, demonstrate, guide and enable - something he picked up in other programs.

"I never thought of myself as an educator," said Switala, who has been lauded by the school district for the outdoor education programs he puts on for fourth- and fifth-graders at the local school. "I like the word 'mentor.' In life there are ways you do things and ways you don't do things. I think we all think it should be that way."

A strong believer in hands-on learning, Switala says he has his students handling firearms properly within the first hour of class. He runs them through 14 hours of training - more than the minimum requirement - saying he wishes he had 24 hours. He then offers all the students the opportunity to return at a later date and shoot clay targets at the sportsmen's club.

Switala holds his classroom shooting sessions with air rifles at the club's inside range, demonstrating proper procedures to the first student, then requiring that student to instruct the next one, so he knows it's sunk in.

"I drill them pretty hard," he said. "Then we hold mock hunts - a bird hunt, a rabbit hunt, a deer hunt - so they can demonstrate what they learned. It's everything but live ammo."

When administering the written test, he reads each question aloud - "not every kid is the best reader," he said - and after the tests are corrected, he goes over every incorrect answer with each student, making sure any mistake is corrected.

"To me one wrong answer is failing," he said. "You want them to get it right."

And over the years, he's never had a student he couldn't certify, though he admits he had one student that took two years to successfully complete the training. 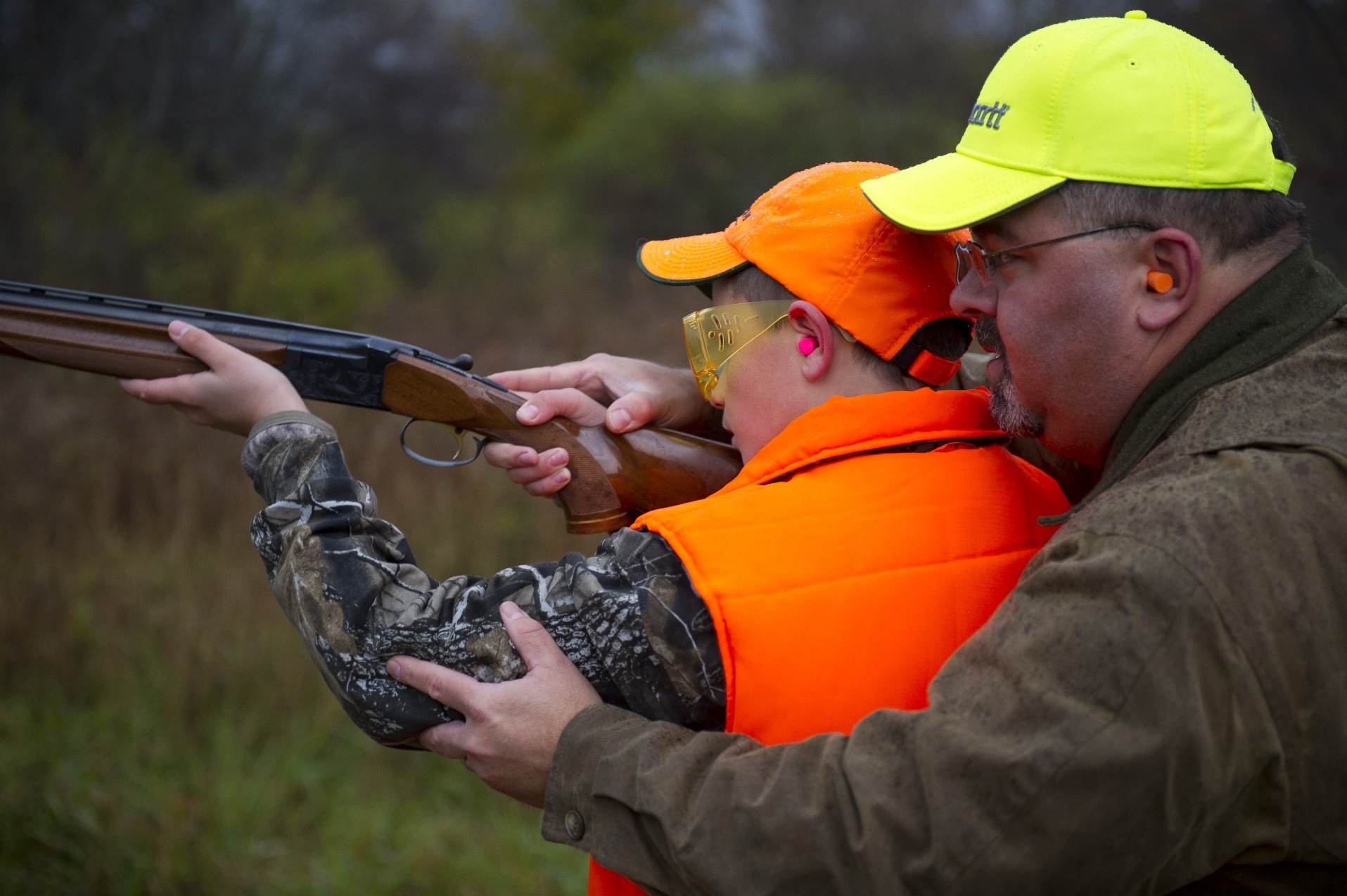 Hunter safety education in Michigan has evolved over the decades.

"It's been around since the mid-1940s," explained Lt. Tom Wanless, who oversees the program for the DNR's Law Enforcement Division. "When the National Rifle Association conducted the program nationwide.

"When the states assumed control, we were one of the first states to do so."

Hunting was a lot more dangerous back then compared to what it is today, and every step the state has taken has improved safety, Wanless said.

"That was the last year that we had double-digit deaths, and since then we've only had one year on record where we had more than five related deaths - seven," Wanless said. "And we had two years when we had no deaths."

Today, to purchase a hunting license in Michigan, hunters must show proof of a previous hunting experience - such as a license from another state - or have completed hunter safety training.

There is one exception - beginning hunters may purchase an apprentice license, which allows them to hunt under the tutelage of an experienced hunter for up to two years, then they must complete the training to continue hunting.

"We have about 3,000 volunteers teaching it out there," Wanless said.

Some conservation officers teach hunter safety, and some teachers teach it at schools.

"Volunteer instructors are the backbone of this program," Wanless said. "We're teaching approximately 20,000 students a year. That would take up a lot of our conservation officers' time that they would not be able to be out in the field. Because of our volunteers, we're making safer and more responsible hunters."

"The average age of our instructors is getting up there. Some of them have volunteered for over 40 years. We'd love to see more younger adults get involved," he said. "Anyone who is interested in instructing, who is willing to share their knowledge and talent to help out our future hunters, should check us out."

Check out previous Showcasing the DNR stories and subscribe to upcoming articles at Michigan.gov/DNRStories

Class: In Michigan, a traditional classroom hunter safety course involves a minimum of 10 hours spread over at least two days.

Graph: A graph showing the decline in hunting casualty incidents in Michigan since 1972.

Group: A hunter safety instructor welcomes a group of students.

Learn: Hunter safety education students learn how to safely and properly use firearms.

Safety: Since the advent of mandatory hunter safety education courses in the early 1970s, the number of hunter casualty incidents has dropped significantly.