Anyone who has spent much time in Michigan knows that hunting and fishing have always played major roles in the state's heritage. Michigan is, and has long been, known nationally for the quality of its outdoor recreation.

But one natural resources-based recreation coterie, which garners very little attention, is quick to point out that its members' pastime is at least equally as important - if not more so - as anyone else's in Michigan history: trappers.

Trappers are the invisible men and women of outdoor recreation. You don't see them in blaze orange or towing metal flake-finished boats to the lake. But they are out there, often daily, participating in a pastime that brought a lot of folks to this part of the country in the first place.

"The city of Sault Ste. Marie was founded as a fur-trading post, the first in Michigan," said Dale Hendershot, a 67-year-old retired diesel mechanic and past president of the Michigan Trappers and Predator Callers Association. "Michigan trappers settled our state - they were the first ones in here, paving the way for others to come.

"Trappers have certainly played a big role in Michigan history."

Indeed, some say trapping was so important in pre-settlement times that Michigan became known as the Wolverine State, even though it's not certain that the ferocious creatures ever lived here. But wolverine pelts certainly showed up in Michigan, which was the gateway to western U.S. and Canadian trapping expeditions.

Roughly 30,000 people buy fur harvester licenses in Michigan every year, about half of whom are trappers. (The other half are those who hunt furbearing species, though some do both). Of those, however, only about half participate in any given year. In the most recent survey (2015) conducted by the Michigan Department of Natural Resources, only about 14,000 of the 28,000 license buyers hunted or trapped furbearers.

The DNR has been tracking the numbers of fur takers since the late 1950s, and the number of participants has remained relatively constant. The DNR lacks historical data, but it is assumed there were more trappers in Michigan years ago, especially during the Depression and before the widespread use of synthetic fabrics for clothing. 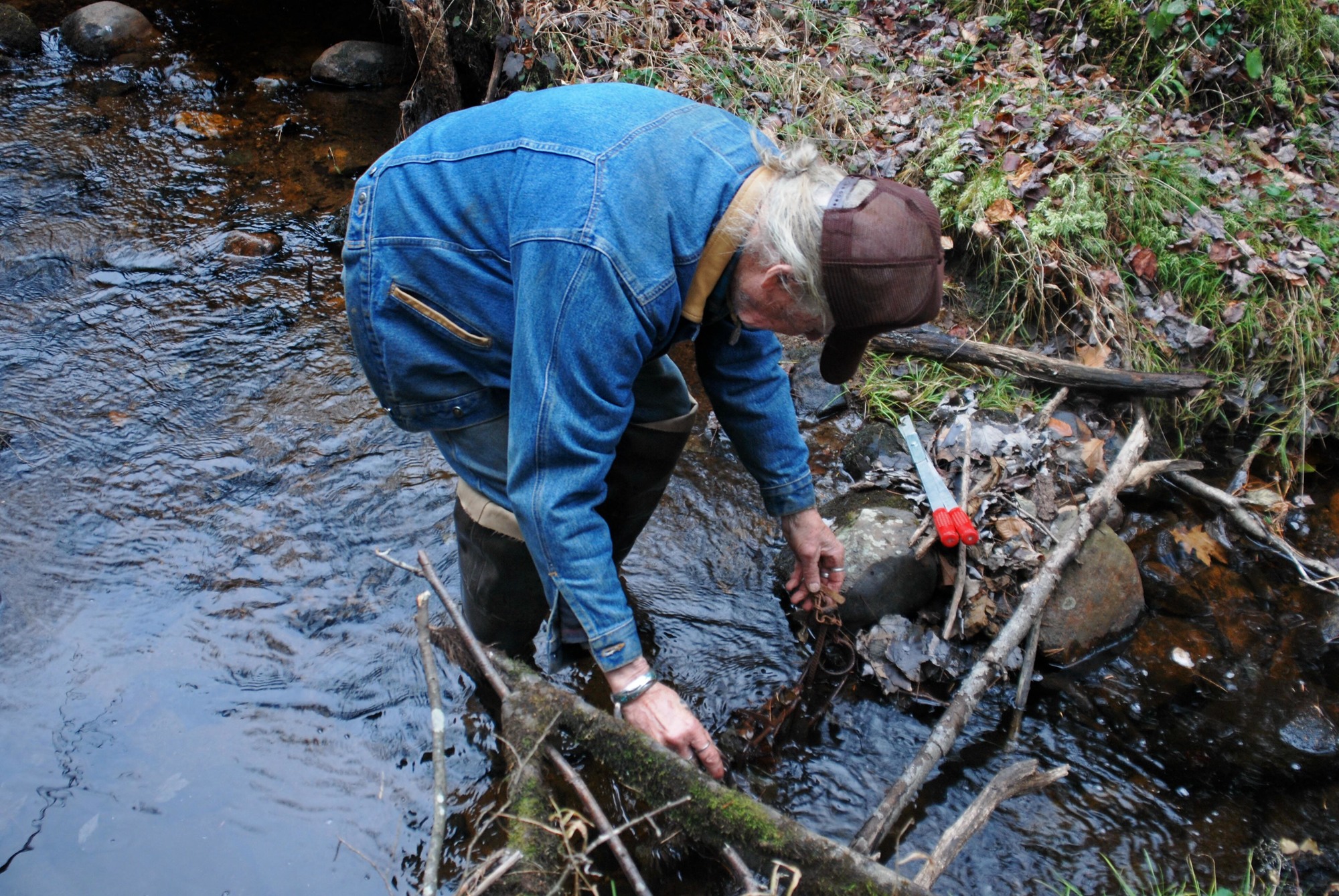 Participation grows modestly when fur prices are high and falls when they are not, but the bulk of trappers will tell you they're not in it for the money anyway.

"When prices are good, you can make a little money trapping, but it's nothing like it used to be," said George Cullers, 78, a life-long trapper and a past trappers' association president. "Most people do it for a hobby and the love it. I just love doing it - when I'm out there trapping I don't feel any aches or pains.

"I'm hoping I can do it another 10 years. It's excellent exercise. And after deer season, I have the whole outside world to myself. I hardly ever see another hunter or trapper out there."

Because it was somewhat lucrative in the past, trappers were often secretive about their pastime, preferring to keep their secrets to themselves.

But trapping is not well understood by the general public, Bump said, and that's led to a new willingness on the part of trappers to discuss their sport, something that even some of the oldtimers welcome. 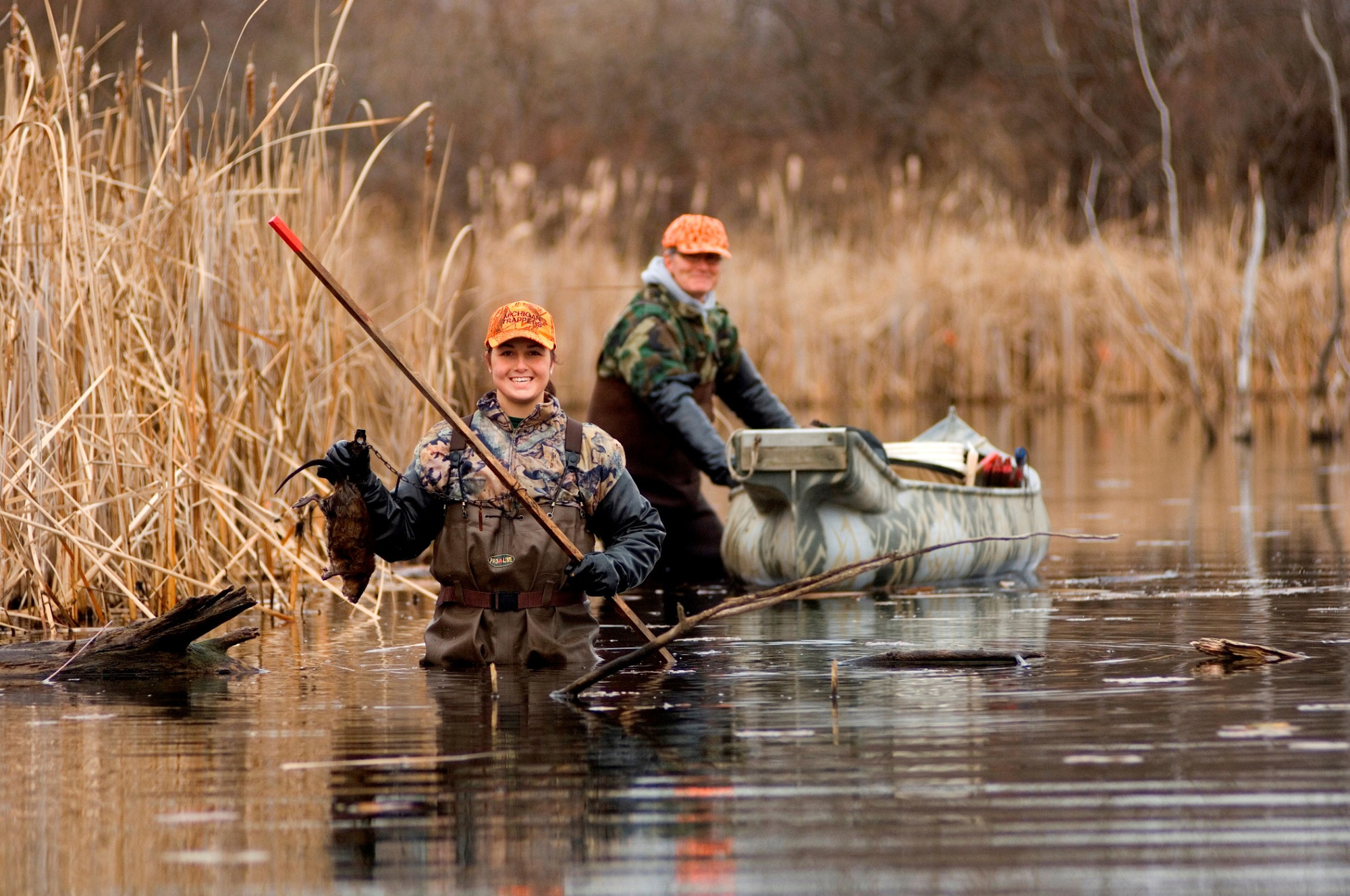 "Trappers should be willing teach the young ones," he said. "That's our heritage. And a lot of them are willing now; it's not as bad as it used to be. It should be your responsibility to pass it along to the younger people. I think it's your duty as a trapper to do that.

"We do have a few young ones coming on, but all of the outdoor sports are hurting in that area - it's that little thing (cellphone) they hold in their hand - that's their whole world. I'd like to see more kids getting into it, but we've got our work cut out for us. "

Cullers, who still runs about 70 traps, said his father was a trapper but was tight-lipped about it, even with his own son. He pretty much had to learn it on his own and has done his best to pass his knowledge along to his nephew and grandson.

Trapping, like other pastimes, has evolved over the years. At one time, trappers used only foot-hold traps. But over the years other styles, such as body-gripping traps and dog-proof paw traps, have come into use. Cable restraints, which were legalized in Michigan a number of years ago, have become popular with some trappers for coyotes and foxes.

The DNR regulates the use of various types and styles of traps to minimize conflicts with other recreationists and prevent problems.

"There are a lot of options, and the traps are a lot more selective," Bump said. "Back in the day, trappers would catch whatever they could. Now there's a lot more focus on catching what you want and avoiding what you don't want. The regulations allow trapping to occur while minimizing the catch of non-target species and avoiding conflicts with other users." 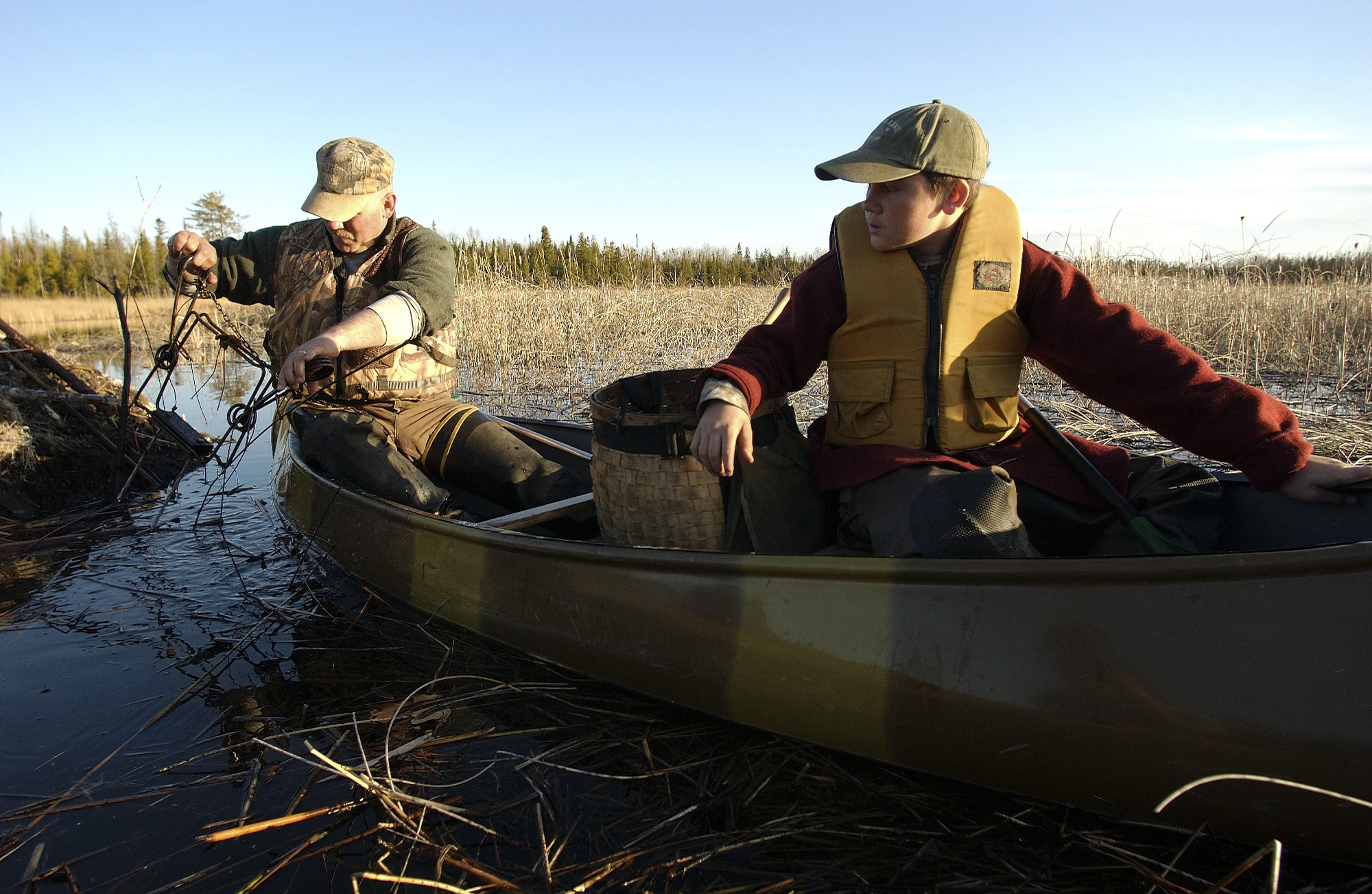 Because of the increased complexity of trapping - with participants needing familiarity with a variety of regulations, equipment and techniques - teaching tools like Michigan's trapper education program are important.

"There's a vast misconception on trapping in Michigan," Hendershot said. "We pushed for a trapper education program because so many people didn't understand it. We wanted people to know how to do it properly, to teach them how to do it right and give them the resources that if they don't know what to do, where they can go to learn."

Hendershot is convinced that trappers are among the state's most knowledgeable sportsmen.

"I enjoy matching wits with the animals," he said. "You have to figure out where that animal is going to put its foot, and you've got to put that pan (which trips the traps) that's about an inch in diameter right there to make it work. That's the challenge. It forces you to learn the habits of the animal.

Boy 1-2: Beaver trapping on an April day with Richard and Cole Stowe in Presque Isle County.

Coyote: A trapper brings a coyote he trapped out of the woods on a beautiful winter's day in Eaton County.

Tradition: Trapping is a cherished tradition in Michigan.

Trapper: A trapper sets a trap in a stream./