There are some pastimes that folks age out of. When was the last time you saw someone much past grammar school shooting marbles or playing jacks?

And there are other pastimes that are lifelong activities, like deer hunting. 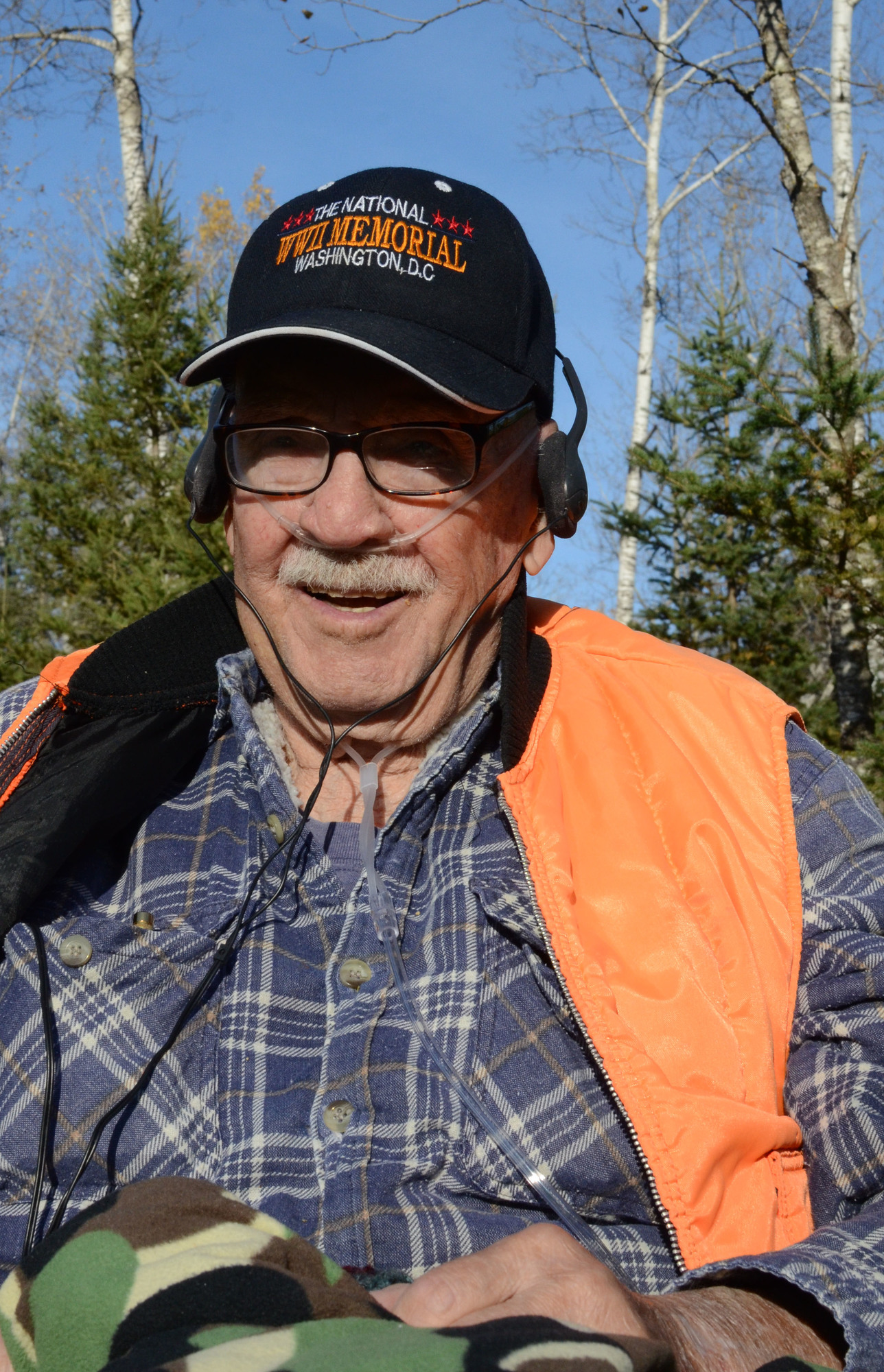 According to Michigan Department of Natural Resources statistics, more than 7,500 people 80 years old or older bought a deer hunting license in 2016 and sales this year point toward that trend continuing.

Some of Michigan's most senior deer hunters say they've been hunting deer for most of their lifetimes and have no intention of stopping any time soon.

Bob Wygant, a retired mason who lives in Williamston, said he started hunting when he was 14 and missed just two seasons in the following 71 years - both when he was in the military.

"It was nine years before I got the first buck - they didn't have doe seasons back then," said Wygant, who now hunts not far from his Ingham County home. "We used to tent camp up near Honor, but now we've got 10 times the deer around here than they do 'Up North.' It didn't used to be that way."

Wygant, who hunts with a crossbow before firearms season, says he gets a deer most years. He either climbs into his tree stand or hunkers down in a tent blind that his kids have set up for him.

"I like getting out in the fresh air, and I enjoy being with the kids," he said. "Both my boys and all my grandkids hunt. And they've all out-hunted me as far as big bucks go."

Wygant said he doesn't hunt by himself anymore because "the boss (his wife Carol) frowns on it," ever since he had heart bypass surgery 20 years ago.

Although he hasn't killed a deer in the last two seasons, he's reasonably sure he'll get one this year. 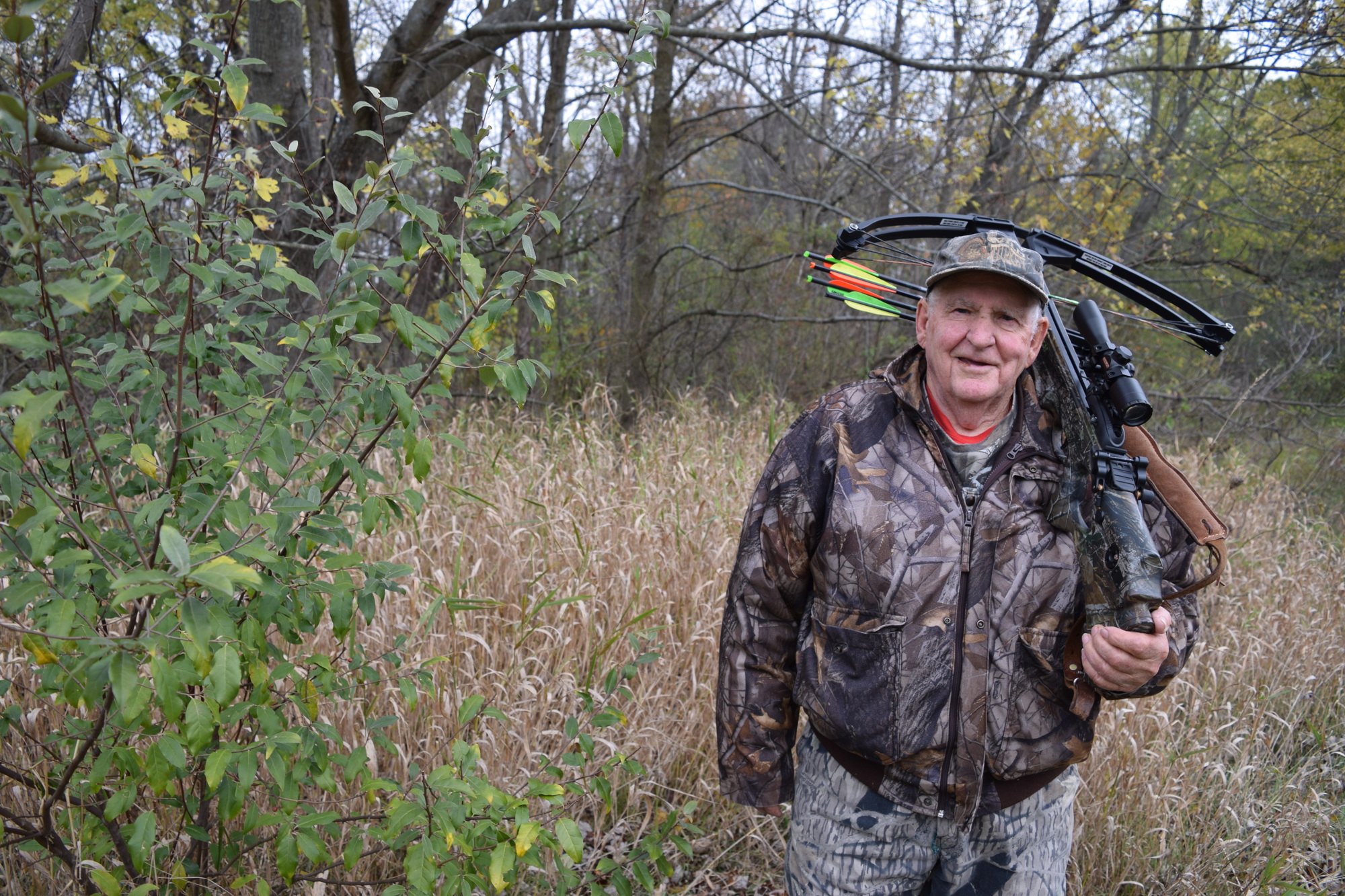 "I've already missed one this year with my bow," he said. "I hit a twig about as big around as my little finger."

Joe Ehlinger, who lives near Addison, said he hasn't missed a season since he started hunting as a 14-year-old in 1946.

"The first deer I killed on my own was the night before John Kennedy was killed. I killed a monster, and I remember it to this day because I went to work and was bragging in the office when it came over the radio.

"That's about when deer started showing up in Lenawee County. Before that, in the '40s, we went to the U.P. They used to let you out of school in those days and we went up for two weeks."

Ehlinger said that first deer was the only one he ever shot with a cartridge, a shot shell loaded with buck shot.

"I went into muzzleloading after that and I've killed a pile of them - within a mile of our home," he said.

Ehlinger said his wife, Marty, who is 83, is his hunting partner.

Both say the other is the better deer hunter.

"I'm lucky to have that woman," Joe said. "She can track better than a hound. And she's killed a pile of deer, too."

For her part, Marty says she's never missed a season either, but she did have to miss opening day one year when her boss called a mandatory meeting out of town on Nov. 15.

"Can you imagine?" she asked. "He was not very popular."

Joe said the biggest change he's seen in deer hunting is proliferation of posted signs on private property. When he was younger, it was common to go anywhere he wanted to hunt, and if he ever did get a deer, the landowner was happy for him. 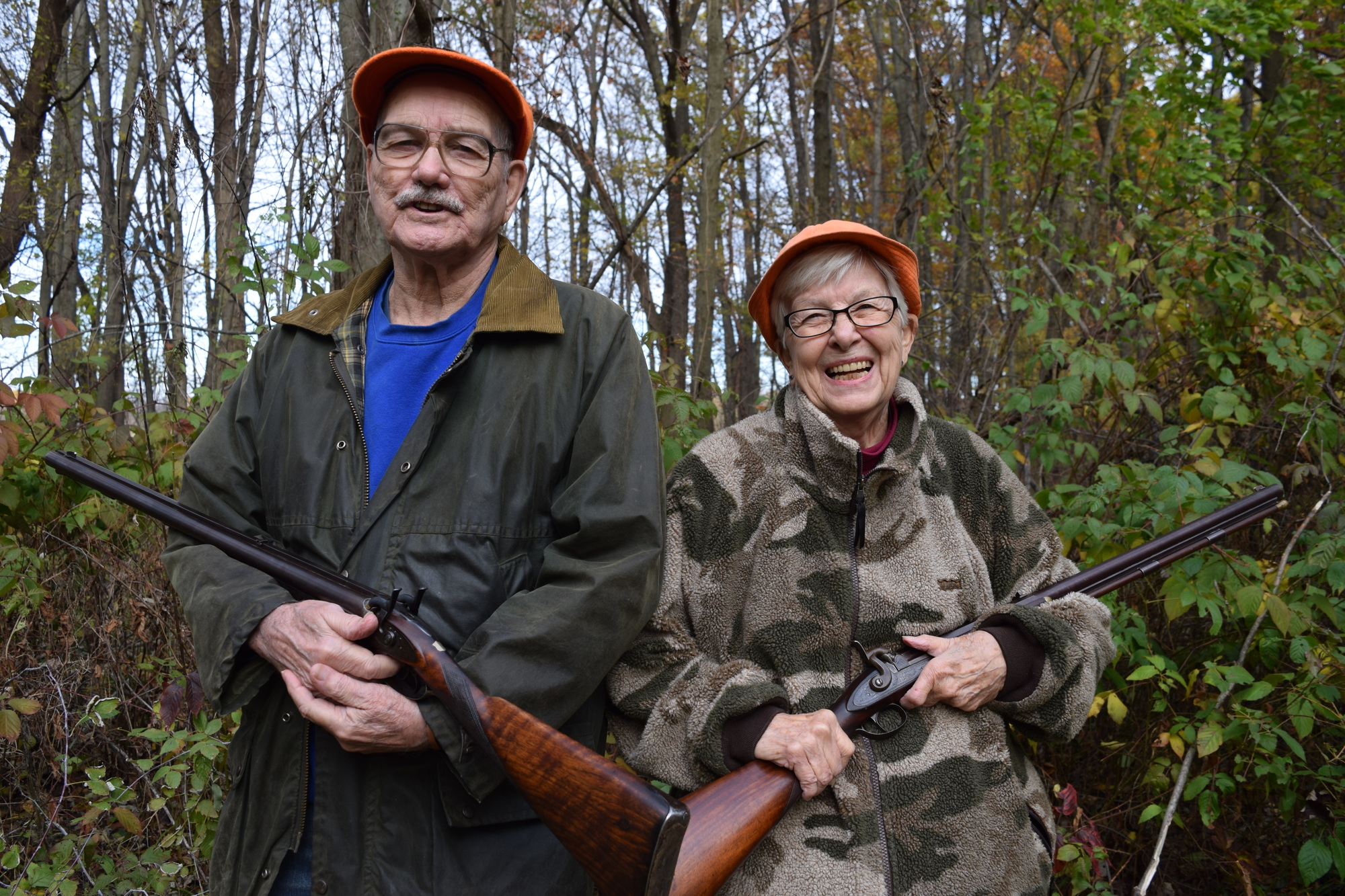 "Back in the early 60s, we never got anything, but everybody had a good time, and if someone did get a buck, we'd all share the meat," he said. "Now it's, 'don't get near my property - don't put your stand near my property.' They don't even want you to look at their property."

The other thing that's changed over his lifetime is the emphasis on killing big bucks.

"I'm a meat hunter," he said. "I hunt for a deer. I've killed some big bucks, but any more I let the big bucks walk. Give me a doe fawn if you want good eating."

Both Ehlingers will be in the woods opening day

"I'm just an old goat who's looking forward to hunting season," he said. "I've just had a lot of fun."

Raymond Andres, 90, said he hunted small game as a youngster with a slingshot growing up - occasionally getting a rabbit or pheasant - but he took up deer hunting after he got out of the military and has been at it ever since.

"I was out there this morning," he said, about a week before the firearms opener. "Nothing came by for me to shoot."

Andres said he had to go north to hunt deer when he was young as there weren't any around his boyhood home in the Downriver Detroit area, so he started hunting northeast of Gaylord.

Andres, who hunts with a crossbow from a ladder stand on property near Hastings, said he's "killed my share of deer," over the years, but admits his drive to do so is softening a bit.

Andres said he's only missed two seasons of deer hunting. He didn't go the fall when his wife took ill - she passed away - but the first year he missed was the year he got married.

"We got married in November, so I missed that year," he said, "And I said I'd never do that again.

"I hunt as much as I can, but I think this might be my last year of deer hunting. My legs are acting up. But if I can't hunt I'll probably be around camp anyway."

Get more information on hunting in Michigan at www.michigan.gov/hunting.

Deer: Deer hunting in Michigan is a longstanding tradition, enjoyed by the young and older.

Ehlingers: Joe Ehlinger, who lives near Addison, said he hasn't missed a season since he started hunting as a 14-year-old in 1946. His wife, Marty, who is 83, is his hunting partner.

Wygant: Bob Wygant, a retired mason who lives in Williamston, said he started hunting when he was 14 and missed just two seasons in the following 71 years - both when he was in the military.