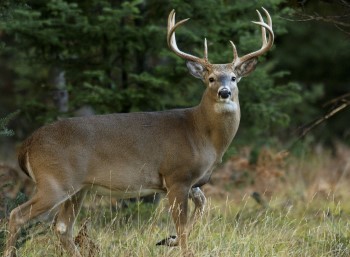 Though Michigan’s 2021 deer hunting seasons ended in late January 2022, the Michigan Department of Natural Resources is continuing to accept feedback from hunters about their experiences. Hunter harvest surveys have been sent to a random sample of the state’s deer hunters. In addition, hunters can take a brief online survey. Final harvest survey results will be presented later this summer.

A shift in CWD testing

The DNR has finalized its 2021 surveillance efforts for chronic wasting disease, ultimately testing just over 7,200 deer. The more targeted testing goals are part of the department’s new region-by-region strategy aimed at detecting new outbreaks rather than revisiting known ones.

“We want to thank hunters for their cooperation in helping us meet our CWD surveillance goals,” said DNR Director Dan Eichinger. “Strategic testing for chronic wasting disease is of primary importance for the department, and we couldn’t meet these goals without the committed assistance of deer hunters.”

Eichinger also praised the work of deer processors, taxidermists and local businesses that help collect samples for testing, and other key partners who provide necessary assistance to the department.

In all, 25 CWD-positive deer were confirmed in 2021. Three cases of CWD were detected in Isabella County, which represents a new county where the disease has been found. (Since Michigan’s first confirmation of a CWD-positive wild deer in 2015, CWD has been detected in white-tailed deer in Clinton, Dickinson, Eaton, Gratiot, Ingham, Ionia, Jackson, Kent and Montcalm counties.)

“It was not unexpected to find positive cases in Isabella County, as these detections were fairly close to where we’ve identified cases in Montcalm and northern Gratiot County,” said DNR deer and elk specialist Chad Stewart. “Our main areas of infection remain in parts of Montcalm and northeast Kent counties, as well as southern Jackson County, where we knew CWD existed going into the 2021 hunting season.”

Despite the department’s finding of 25 positive animals last year, Stewart cautioned against comparing the low number of positives with the high number of deer tested and concluding there is not a problem.

“The distribution of our samples greatly affects the number of positives we expect to find. Intensive collection of samples in known CWD locations like Montcalm and Kent counties would certainly lead to a high number of positives being detected,” he said. “Our goal this year was to begin to understand what CWD looks like in areas that are historically under-sampled, and we made a lot of strides on that front.”

Stewart said that chronic wasting disease is going to be a problem for parts of Michigan’s deer herd in the future: “Once it becomes established, it is unlikely that we can reverse course on the disease. Prevention and early detection remain our best options for CWD management.” 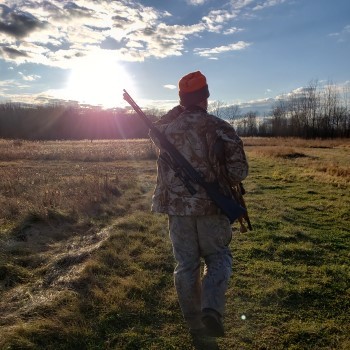 For Michigan’s 2021 deer seasons, the DNR started amultiyear process of strategic, focused CWD surveillance in regions around the state. Last year’s surveillance occurred mainly in the three tiers of counties near the Ohio border. Over the next few years, the remainder of the state will be systematically sampled to determine if CWD is present in other areas where it hasn’t yet been identified.

While there was a temporary rise in hunter numbers during the COVID-19 pandemic, participation is declining in Michigan. The trend is not new, nor is it only being observed here. States across the country are feeling the financial pressure of reduced hunter numbers, because sales of hunting licenses comprise a large portion of the funding for critical conservation work.

“Nationwide, hunting has seen a gradual decline over the last several decades,” said Eichinger. “The trend is likely due to a combination of factors including generations of hunters who are aging out of the sport, and younger generations that are less likely to participate in hunting due to societal changes and more competition for their attention.”

Deer hunter numbers in 2021 were down nearly 4% over the previous year with close to 600,000 hunters purchasing a deer license. Hunter number declines are in line with past years going back to peak participation in the mid 90’s.

“While the trend in hunter participation is discouraging, we know that hunting remains an important part of Michigan’s outdoor heritage,” Eichinger said. “That’s why we encourage experienced hunters to introduce the sport to new hunters wherever they can. Spending time with veteran hunters can reduce the learning curve, increase safety and instill a sense of excitement and appreciation for our state’s natural resources.”

To learn more about deer management, CWD and deer hunting in Michigan, and to access the 2021 deer harvest survey, visitMichigan.gov/Deer.