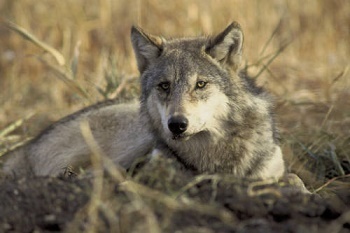 Those interested in sharing feedback about the Michigan Department of Natural Resources’ newest draft of the state’s wolf management plan are invited to complete an online questionnaire, available through Aug. 4.

Michigan’s wolf management plan – created in 2008 and updated in 2015 – is being updated this year, using public input to identify prominent issues, assess public attitudes and review the biological and social science surrounding wolves.

Michigan’s wolf management plan has guided oversight of this iconic species in the state for the last 13 years. The 2022 update will include recent scientific literature, input from the Wolf Management Advisory Council and results of a new public survey about wolves in Michigan.

"Now that we have written a draft of the updated 2022 wolf management plan, it’s important that we gather feedback from the public to ensure the changes we’re proposing will support the long-term presence of a viable wolf population in Michigan, while addressing the needs of those with an interest in the health and viability of the state’s wolf population,” said Cody Norton, DNR large carnivore specialist.

Michigan’s gray wolf population was almost eliminated by the mid-1970s. Today, Michigan has a wolf population close to 700 in the Upper Peninsula. Gray wolves in Michigan were again removed from the federal endangered species list in early 2021, but a federal court decision in February 2022 returned them to federal protections.

The online questionnaire will accept comments through Aug. 4.

For more information about wolves in Michigan, visit Michigan.gov/Wolves.

Note to editors: A link to a larger, high-resolution photo of a gray wolf is available below, courtesy of the U.S. Fish and Wildlife Service's National Digital Library.