The Aug. 26-27 festival – known for its wide variety of musical styles ranging from Americana, bluegrass and folk to R&B, rock, blues, world music and more – is presented by the Friends of the Porkies, a non-profit organization that supports and promotes the state park. The Michigan Arts and Culture Council also supports the festival.

Organizers have been hard at work since the last festival, which was held in August 2019.

“The downtime was very challenging for us,” said Chery Sundberg, festival director. “The past three years gave us time to examine our own personal commitments to the festival, to envision its future, and to make the adjustments needed to help us return fresh and strong, with the demand for live music now greater than ever.”

The festival is staffed by a handful of year-round volunteers and more than 50 event volunteers.

Tickets cost $95 for a two-day pass. Daily passes are available at the gate for $50. Tickets for children ages 7-12 are $10 for either a two-day or single-day pass, and children under 6 are admitted free of charge when accompanied by a parent or guardian.

The festival will be held rain or shine. A Recreation Passport is required for entry to the state park. Park staffers will be selling passports near the festival entrance.

This year’s festival headliners’ schedule is: 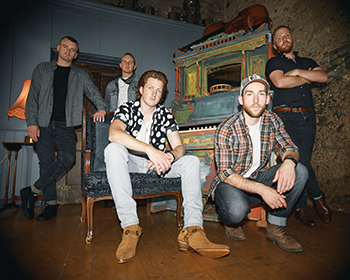 Friday, Aug. 26: JigJam will do a special Q & A session inside the Chalet at 6 p.m. EDT and will hit the stage as the opening day headlining act at 8:30 p.m.

JigJam, a multi-award-winning group from the heart of the midlands in Ireland, blends the best of traditional Irish music with bluegrass and Americana in a new genre which has been branded as 'I-Grass' (Irish-influenced bluegrass). The band’s onstage energy along with its member’s virtuosic musical ability has captivated audiences throughout the world.

Band members Jamie McKeogh and Daithi Melia hail from Tullamore, Co. Offaly in Ireland with Co.- Tipperary-born Gavin Strappe comprise the Irish members of the band. An injection of Scottish energy is added by Calum Morrison and Daniel Hunter to round-off the quintet. All five members grew up immersed in Irish traditional music and culture, which is reflected by the band collectively achieving over 20 All-Ireland titles at Fleadh Cheoil na hÉireann competitions.

The band has developed its own unique musical style influenced by American folk music, while staying true to their Irish roots. Described as “the best Irish group so far in bluegrass,” this sharply dressed outfit delivers an energy-fuelled, foot-stomping live performance. All multi-instrumentalists, JigJam’s members switch between banjos, guitars, fiddles, mandolins and double bass onstage, which creates an experience pleasing to the eyes and the ears.

JigJam has recorded and released three studio albums – Oh Boy! (2014), Hello World (2016) and Phoenix (2019) – as well as a live album – Live in Tullamore (2017). The band has made a huge impact on the Irish-American music circuit, performing as a headline act at all the major festivals, including the world-renowned Telluride Bluegrass Festival in Colorado and Milwaukee Irish Fest in Wisconsin, as well as touring various parts of the United Kingdom and Europe. 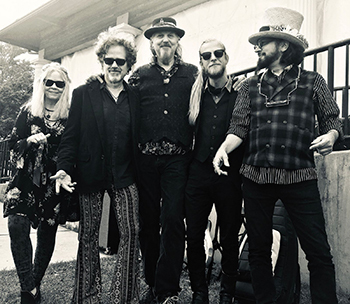 Saturday, Aug. 27: The Slambovian Circus of Dreams first played at the Porkies in 2007 and will be making their eighth appearance at the Porcupine Mountains Music Festival as the closing headlining act at 8:30 p.m. EDT.

Offering up a blend of rootsy, “rockin’ psychedelica,” the Slambovian Circus of Dreams has been expanding the borders of the Americana music genre with their fantastic stories and performances since the late 1990s in Sleepy Hollow, New York.

The band’s music is equal parts Washington Irving, Woodstock and British Invasion. Their connection with audiences, whether young or old, taps into a greater humanness and is truly captivating. Elements of Bob Dylan, David Bowie, Incredible String Band, Syd Barrett and The Waterboys flavor the group’s musical mix.

This must-see band is beloved by audiences, musicians and critics alike. The New York Times said, “They take the stage by storm!” The All-Music Guide called them “Simply one of the finest American bands.” Garth Hudson, multi-instrumentalist for The Band, said “Longo is an awesome songwriter.” Jim Pons, one-time bassist for the Plastic Ono Band, called the group “The best band since The Beatles."

Special musical guests to the festival include the International Bluegrass Music Association’s 2022 Entertainer of the Year nominee, The Po’ Ramblin’ Boys, formed in the Smoky Mountains of Tennessee; along with the high-energy Madison, Wisconsin band Armchair Boogie, defined by their pickin’ skills and infectious grooves on stages throughout the country.