Each spring and summer, the Michigan Department of Natural Resources is flooded with calls as people across the state run into a common dilemma – they have come across a baby animal and desperately want to help.

Hannah Schauer, a DNR wildlife education technician, spends time talking with the public about why it is better to leave baby animals in the wild.

“The vast majority of the time these wild animals do not need our help,” Schauer said. “Wildlife can survive on a day-to-day basis without help from humans.”

Most wild critters have a few survival tricks up their sleeves.

Female deer typically birth their fawns in May and June. A newborn fawn is unsure of its footing and is unable to keep up with its mother. So, the mother deer hides her small, spotted fawn in a secluded spot for safe keeping.

The mother deer then intentionally leaves her fawn alone to help increase its chances of survival.

Beyond the spotted camouflage and the instinct to lie very still, fawns have an additional survival adaptation. Fawns are born with very little scent, making it challenging for predators to find them.

“An adult deer, however, has plenty of scent to it, and – being a large animal – is fairly easy to spot,” Schauer said. “So, rather than hang around and draw attention to where she has carefully hidden her fawn, the mother deer opts to graze elsewhere.”

The doe returns periodically to nurse her fawn and is usually not too far away. It doesn’t take long before the fawn is strong enough to keep up with its mother and then has a better chance of outrunning a predator.

DNR wildlife staff suggests that if you happen to find a fawn or other baby animal, please leave it in the wild.

Taking an animal from the wild is not only illegal, it is dangerous. A wild animal, especially a baby, may seem harmless, but they rarely are. If you bring a baby animal into your home and it actually survives, it will eventually grow up. 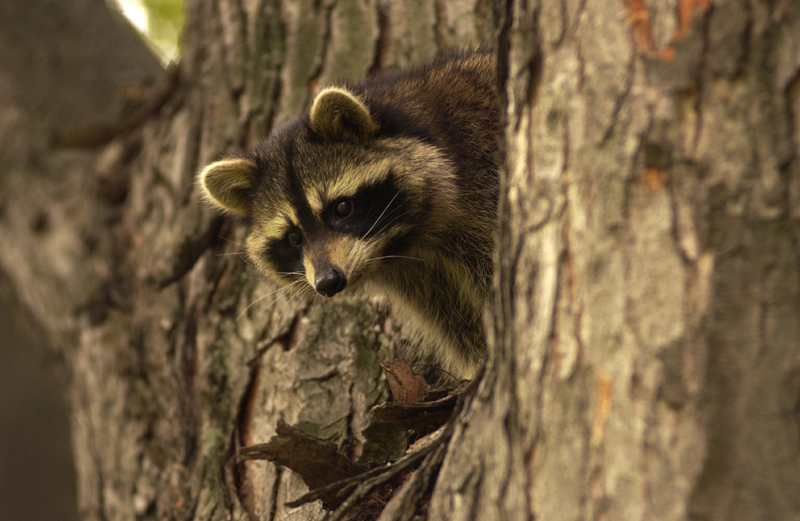 “As animals grow, they will experience hormonal changes as well as physical and behavioral changes,” Schauer said. “Raccoons, for example, are known for exhibiting aggressive behavior as they age.”

An animal may act tame, but it is instinctively a wild animal and will act like one.

Besides aggressive and potentially dangerous behaviors, wild animals can carry diseases and parasites, many of which can be transmitted to your pets or to you or your children.

The laws prohibiting possession of wild animals are in place to keep people, as well as the wild animals, safe.

In some cases, the DNR must put even stricter regulations in place to look after the health of an entire species.

Such is the case in central Michigan, where in May 2015 the state's first case of chronic wasting disease (CWD) was confirmed in a free-ranging, white-tailed deer from Ingham County.

The disease is a central nervous system affliction found in deer, elk and moose (cervids). It attacks the brain of infected animals, creating small lesions that result in death. 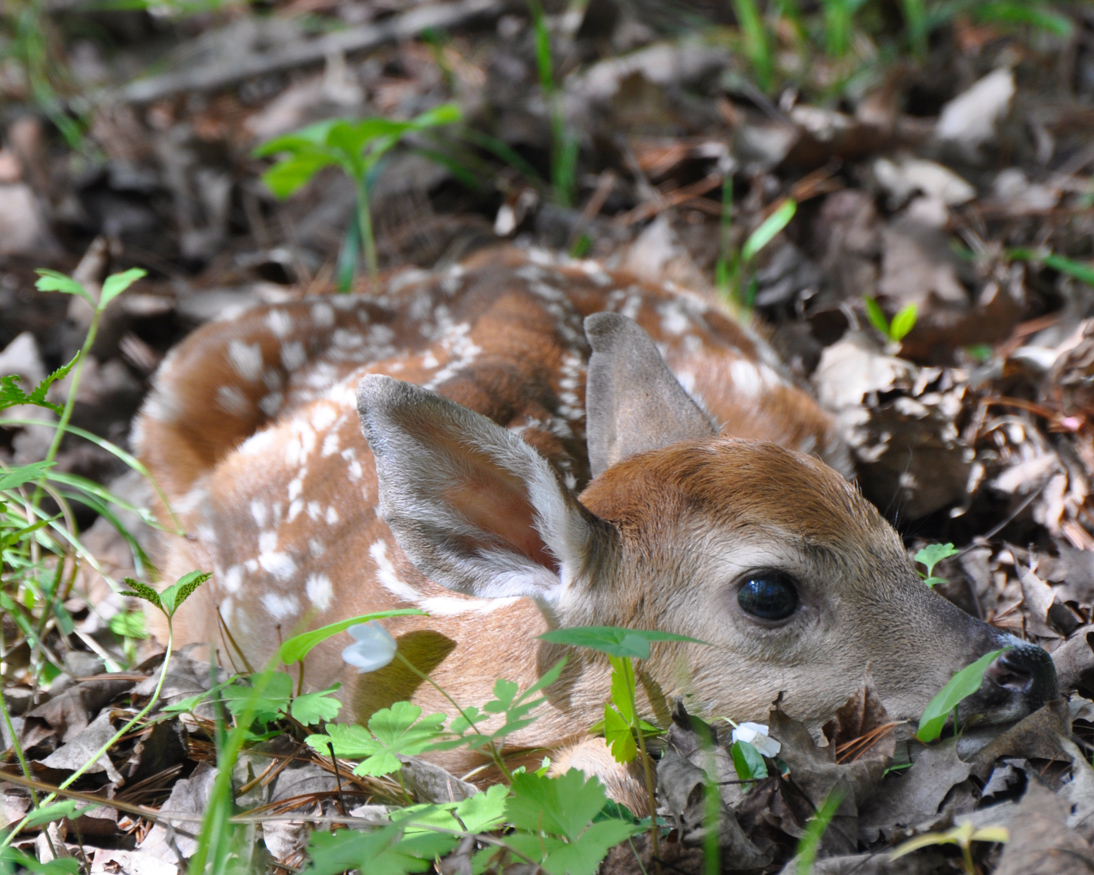 urine, feces, blood and carcass parts of an infected animal or infected soil.

Once it arrives, CWD can spread through the deer population and all deer infected with the disease will die. Because infected deer may not exhibit symptoms right away, you cannot tell just by looking at a deer if it is suffering from CWD.

Taking an unhealthy deer from the environment and attempting to rehabilitate it has the potential to increase the spread of CWD. Bringing infected deer into contact with other deer in rehabilitation centers, can risk contaminating those facilities.

For that reason, rehabilitation of deer in Clinton, Shiawassee and Ingham counties in Lower Michigan is prohibited.

As new cases of CWD are discovered, the list of counties where rehabilitation of deer is prohibited may grow.

So far, CWD has not been found in the Upper Peninsula. To continue monitoring the situation, the DNR plans to ask hunters this fall to voluntarily submit deer heads for testing in the counties bordering Wisconsin.

In Lower Michigan, there is mandatory testing for deer harvested within the CWD Management Zone and voluntary testing occurring elsewhere for any hunter who wants to submit a deer head.

To learn more about CWD and how you can help, visit mi.gov/cwd.

Ultimately, a wild animal’s best chance of survival is staying in the wild. This is especially true for baby animals. 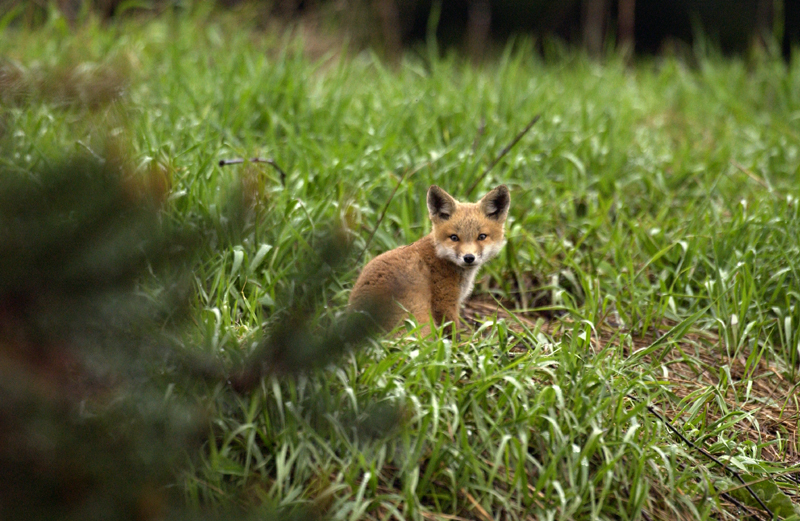 Only licensed wildlife rehabilitators may legally possess abandoned or injured wildlife. Unless you are licensed, it is illegal to possess a live wild animal in Michigan.

The only time a baby animal may be removed from the wild is when you know the parent is dead or the animal is injured. However, a licensed rehabilitator must be contacted before removing an animal from the wild.

Licensed wildlife rehabilitators must adhere to the law and have gone through training on proper handling of injured or abandoned wild animals. These rehabilitators will work to return the animal to the wild where it will again realize its best chance for survival.

A list of licensed wildlife rehabilitators in Michigan can be found by visiting mi.gov/wildlife or by calling your local DNR office.

Check out a DNR video on finding fawns.

Look for #KeepMiWild on the DNR’s social media this spring and summer and share the importance of keeping wildlife in the wild.