The Michigan Department of Natural Resources’ Recreation Passport has been providing visitor vehicle access to Michigan state parks since October 2010.

The passport replaced motor vehicle permit stickers many visitors had considered badges of honor, lining their windshields for more than five decades.

The transition took quite a bit of education, both for DNR staff and for visitors, but today the Recreation Passport is a successful funding model that has gained national attention.

Today, when drivers register their vehicles with the Secretary of State’s office, they have the option to check “yes” to purchase a Recreation Passport for access to 102 state parks, 138 state forest campgrounds and hundreds of miles of trails.

Revenue generated by passport purchases is helping improve all of Michigan’s parks and preserve Michigan’s history for future generations. 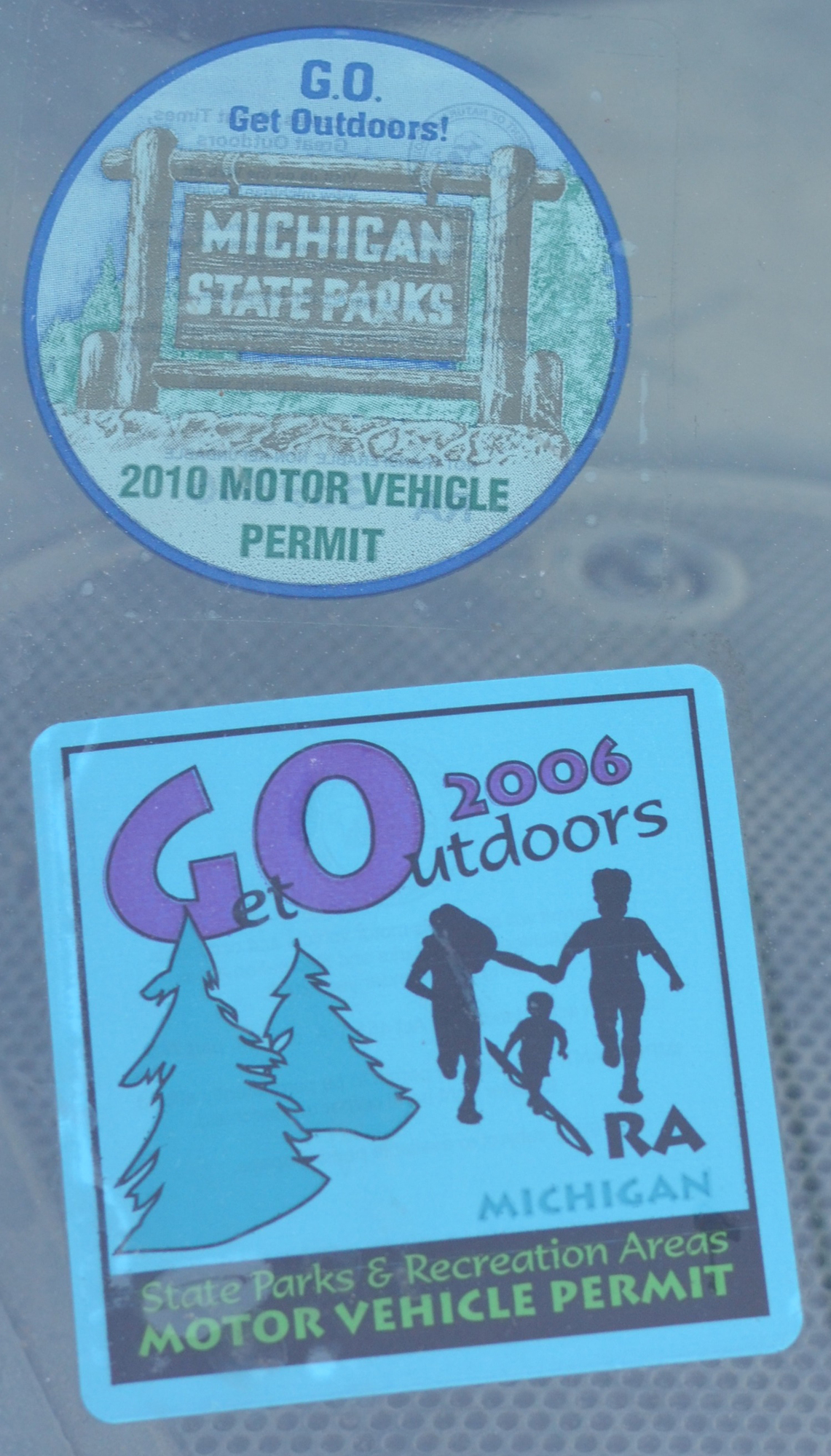 Most Michigan residents believe their tax dollars in some way support Michigan state parks. However, this is no longer true. In 2004, state parks were removed from the General Fund because it was believed that camping fees could sustain the then 99-park system.

“At that time the parks were facing a $350 million infrastructure deficit – meaning it would cost $350 million to make the needed restorations to existing buildings, campground utilities, roads and historic sites,” said Jason Fleming, resource protection and promotion section chief for the DNR Parks and Recreation Division. “Camping fees were unable to generate enough money to sustain operations, and combined with the infrastructure deficit, many historic facilities began to fall into disrepair.”

Something had to be done.

“It was through this process that a park manager shared an idea for a funding model similar to the Montana State Park system, which tied the purchase of a park pass to the vehicle registration process,” Olson said. “The citizens committee explored this idea and felt it could work for Michigan.”

Working with bipartisan cooperation in the state House and the Senate, the Recreation Passport bill was signed into law in April 2010 and went into effect six months later. 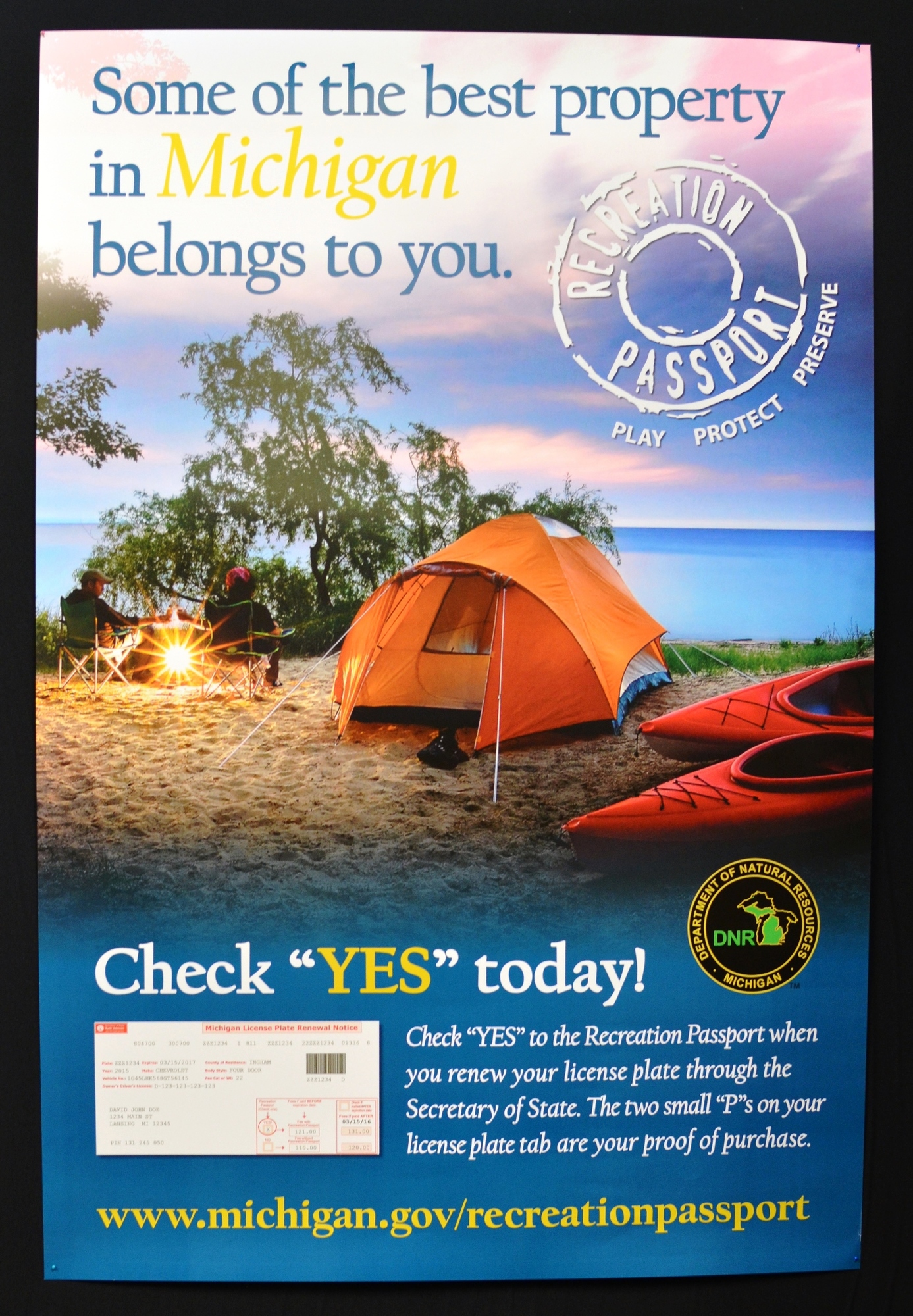 The hope was that by putting the option to purchase the Recreation Passport in front of every vehicle owner, rather than just those who came to parks, there would be an increase in the number of people who opted to support the park system.

It worked. In its first year, the Recreation Passport was purchased for 24.7 percent of all vehicles registered in Michigan, generating $7 million more for state parks.

Since it began in 2010, the Recreation Passport has generated millions for parks in Michigan, and not just state parks. From the inception of the passport, its originators had big plans for helping Michigan improve its parks and recreation opportunities, with funds being distributed according to a formula.

This funding allocation has resulted in big improvements statewide. There already has been $17.4 million in improvements to state parks, such as new electrical upgrades and pull-through sites at Interlochen State Park in Grand Traverse County, as well as $1 million in historic renovations, including repairs to Sturgeon Point Lighthouse in Alcona County and Fayette Historic State Park in Delta County.

“There’s more to Michigan’s parks, trails, community centers and other recreation facilities than meets the eye. These are places where memories are made,” said Ann Conklin, chief operating officer for the Michigan Recreation and Park Association (mParks). “We all want those opportunities to thrive, and fortunately for Michigan residents, that’s as simple as checking ‘Yes’ for the Recreation Passport.” 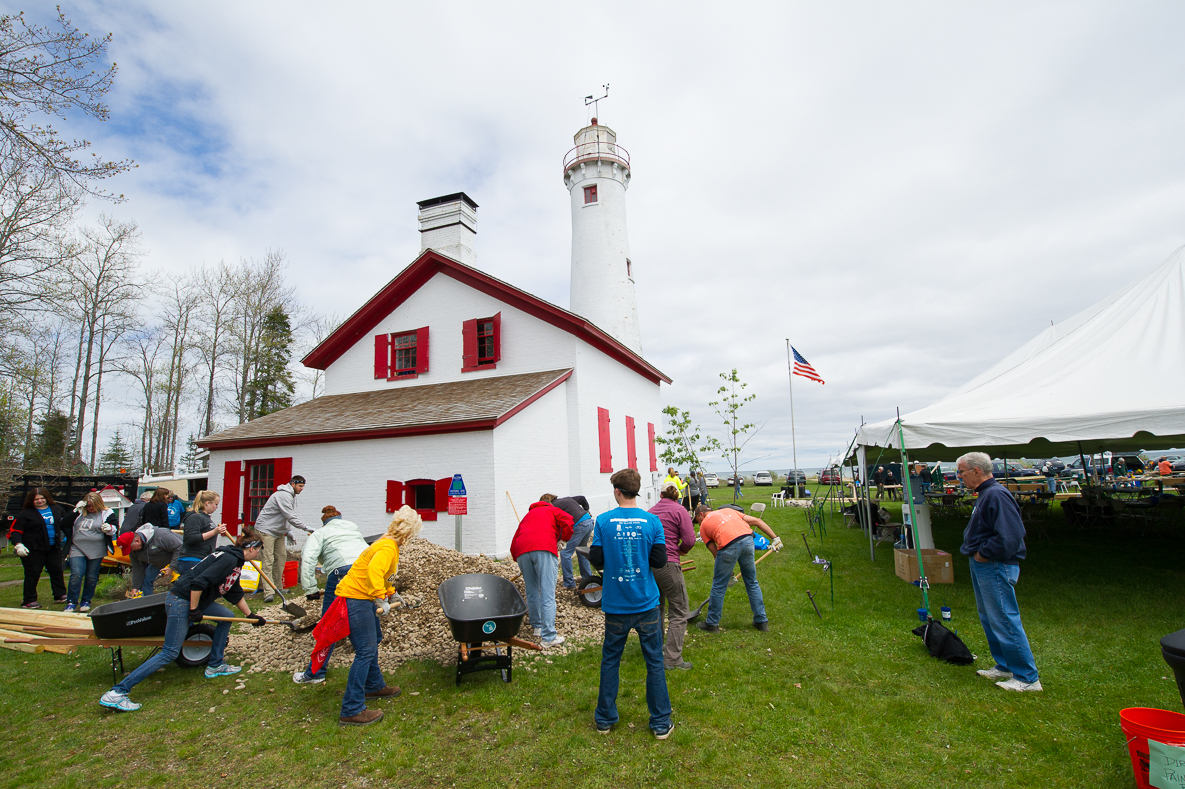 The DNR Parks and Recreation Division assumed responsibilities for managing state forest campgrounds and pathways in 2012, adding to the infrastructure needs, without providing additional staff or funding sources.

“This is a double-edged sword; it means that the Recreation Passport provides access to more locations, but it also means that funding is being stretched to meet the needs of more destinations,” Olson said. “In 2015, some General Fund money was allocated to Belle Isle to assist with the transition from city of Detroit to DNR management. This cannot be considered a permanent funding source.”

In 2015, more than 30 percent of Michigan drivers were checking “Yes” for the Recreation Passport when registering their vehicles. The DNR’s goal is to reach 50 percent, which would provide $25 million in state park and state forest campground improvements and $2.8 million in community recreation grants – all in just one year.

“That doesn’t include the economic benefit that would be realized if everyone with a Recreation Passport planned road trips, explored new Michigan communities and instilled a love of the outdoors with their children and grandchildren,” Olson said. “That would be a model that truly would make Michigan’s state parks sustainable for future generations.

"Beyond that, we sincerely hope more Michigan residents take advantage of what a tremendous value the Recreation Passport really is," Olson said. "For just $11, you get year-round access to more than 102 beautiful, spacious and scenic state parks and recreation areas - great places to explore the great outdoors, reconnect with family and friends, and get reacquainted with Michigan's world-class natural and cultural resources."

Get more information on the Recreation Passport.