Michigan’s Natural Resources Trust Fund celebrates its 40th anniversary this year. Birthed in controversy, the Trust Fund was created after the discovery of oil in the Pigeon River Country State Forest in the Lower Peninsula.

While Michigan’s oil and gas industry was pushing for opening the area to mineral extraction, many conservationists were insistent that the Pigeon River Country never be developed.

The compromise reached allowed oil development to proceed, but the royalties from mineral extraction would accrue to the Trust Fund, which would be used for conservation and recreation.

Since its inception in 1976, the Trust Fund has bankrolled more than 2,000 projects buying land and land rights or developing outdoor recreational projects. The fund is administered by the Michigan Department of Natural Resources.

More than $1 billion has been granted to local units of government and the DNR for purchases or projects in all 83 Michigan counties.

As preparations continue for events to commemorate the anniversary of the Trust Fund, DNR staffers have been revisiting Trust Fund projects, noting many of the most extraordinary grants issued over the course of nearly four decades.

While they are all unique, here are 10 Trust Fund projects that have been deemed especially noteworthy:

The first: It took a couple of years for the Trust Fund to get rolling. St. Johns Marsh was acquired in January 1979 with a grant of just less than $1 million. The DNR purchased around 837 acres of marshland in St. Clair County, which is now part of the St. Clair Flats State Wildlife Area, which includes the managed waterfowl area on Harsens Island. 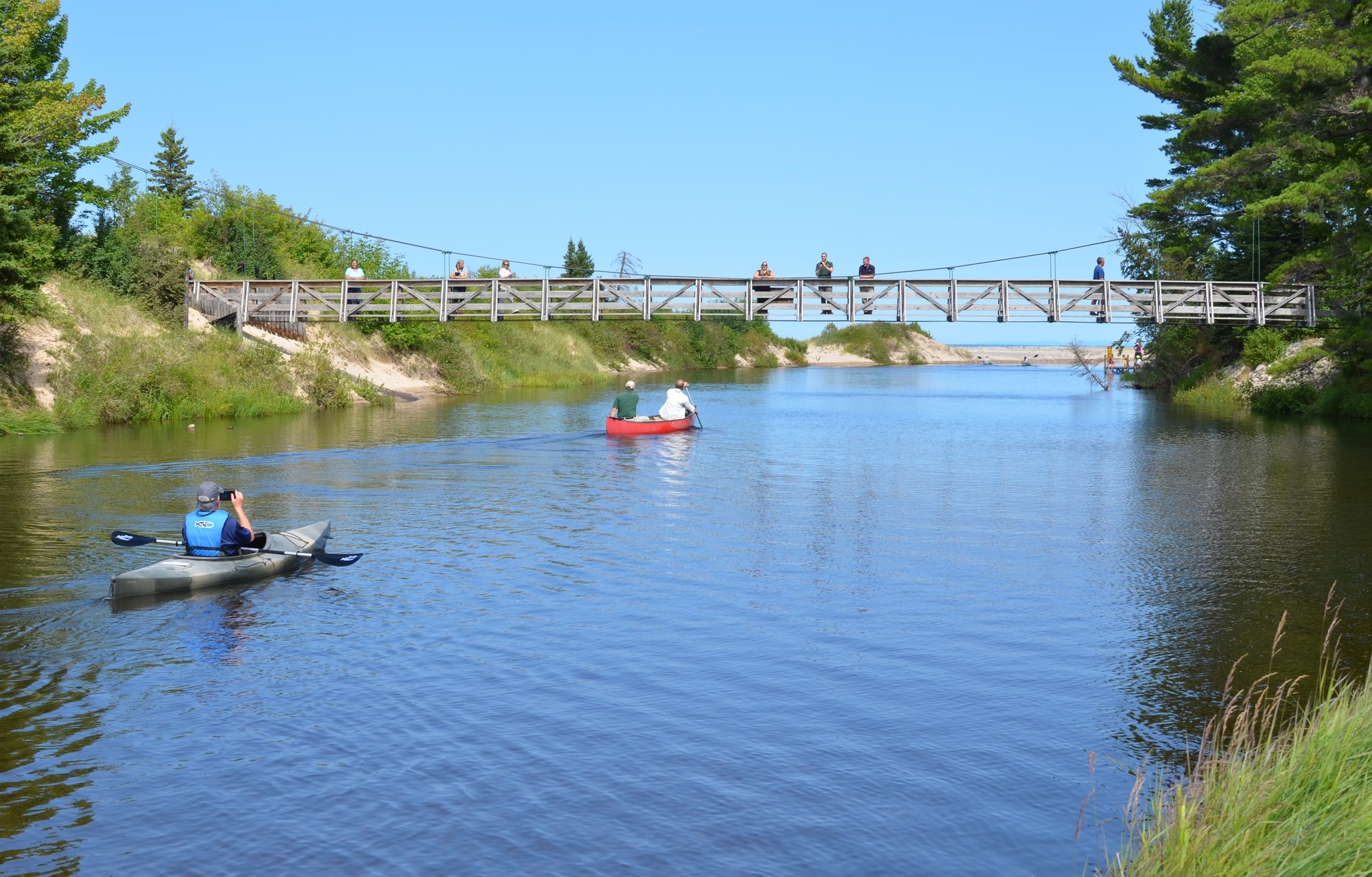 The biggest: The Kamehameha Schools Land Project involved purchasing the development rights to some 248,000 acres of wild land stretching across seven Upper Peninsula counties. The land includes more than 300 lakes, almost 200 miles of trout streams and 52,000 acres of wetlands. The land will remain open to public access for hunting and fishing. The project involved a series of grants from 2003 to 2007 totaling more than $10 million. Though the property is open to timbering, the agreements guarantee large swatches of forest will not be fragmented.

The most remote: North Fox Island, which is equidistant from Leland and Charlevoix, roughly 25 miles offshore in Lake Michigan, was acquired with a $2 million grant in December 2000. The 836-acre island, part of Leelanau County, includes 5.2 miles of shoreline and is home to a variety of threatened plant species.

The most urban: Is there any place in Michigan that is more urban that Detroit? The Trust Fund has had a major impact here on one of America’s largest metropolitan areas, paying special attention to the city’s riverfront. Some $40 million in grants has helped purchase and develop Milliken State Park and Harbor, the Detroit Riverwalk and the Outdoor Adventure Center. Additional acquisitions are pending.

The most unique:  There is nowhere like Palms Book State Park, the site of Kitch-iti-kipi (“The Big Spring”) north of Thompson in Schoolcraft County. The 200-foot-wide, 40-foot-deep natural spring gushes 10,000 gallons per minute of spring water through fissures in the underlying limestone. A $150,000 Trust Fund grant in March 2000 was used to build a manually propelled raft that allows visitors to cross the spring and view the ever-changing 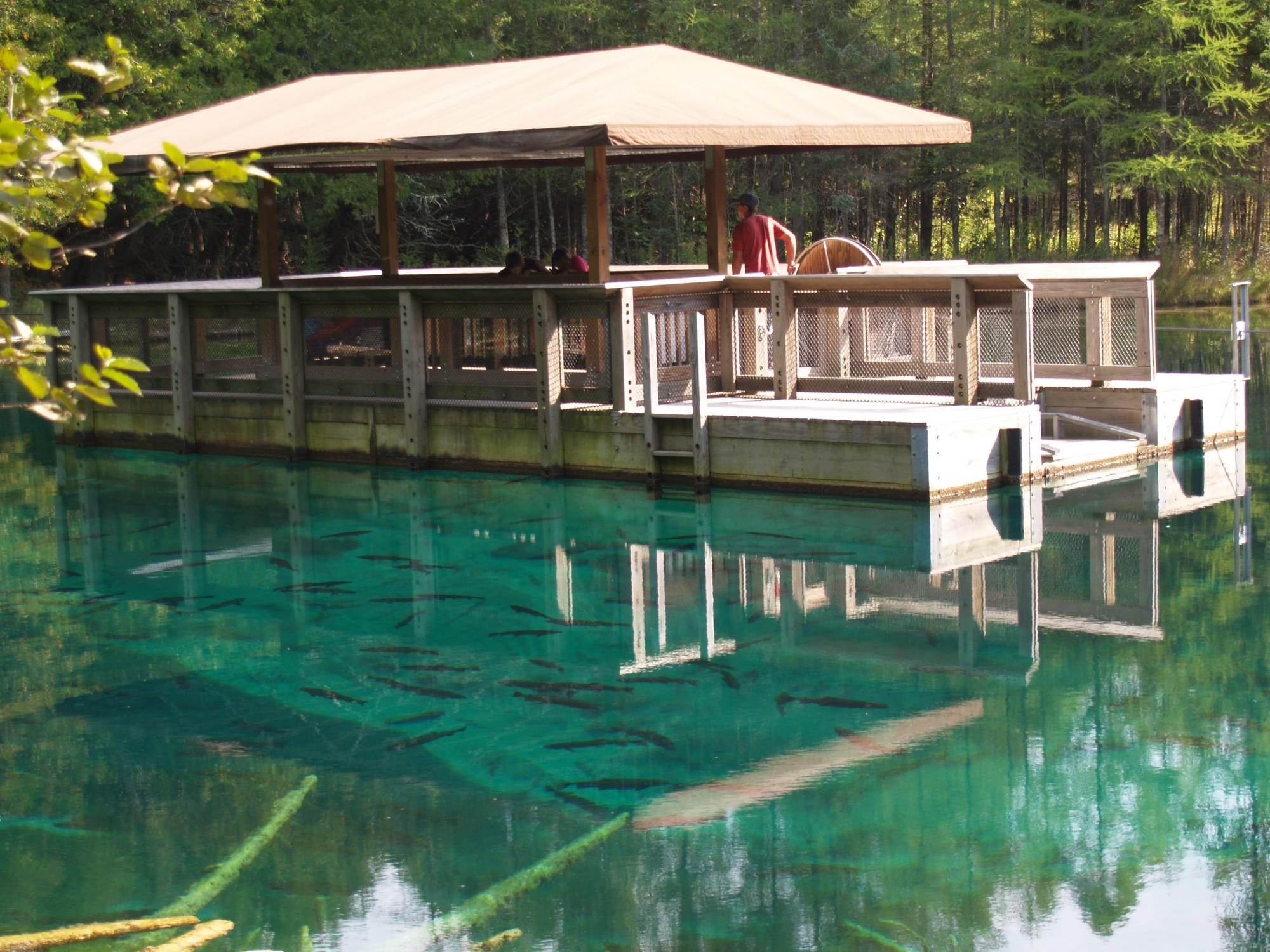 bottom with its ancient lime-encrusted fallen trees and the cruising trout that inhabit the cold, gin-clear water.

The most universally accessible: The award-winning Ocqueoc Falls Trailhead and Scenic Overlook Improvement in Presque Isle County was designed to allow everyone to get down to the water at one of only two known waterfalls in the Lower Peninsula.  The just-less-than $500,000 grant paid for construction and some of the engineering, which, after consultation with access advocacy groups, provides barrier-free parking, toilets and a pathway.

The most controversial:  Not everyone is always on board with Trust Fund projects, and the work done at Walloon Lake (Charlevoix and Emmet counties) was perhaps the most controversial. There was hostility expressed from some when 75 percent of slightly more than $2 million was appropriated for a 3.5-acre access site on the lake in 2006. More controversy erupted later when 59 percent of the $833,300 cost to establish a boat launch, pavilion and deck, beach and volleyball court was allocated. The end result, however, is a fine an example of what the Trust Fund is all about.

The southernmost:  In 2001, the city of Morenci – a skip and a jump from the Ohio state line in Lenawee County – received a grant to expand its existing Wakefield Park, with the Trust Fund picking up almost $87,000 of the 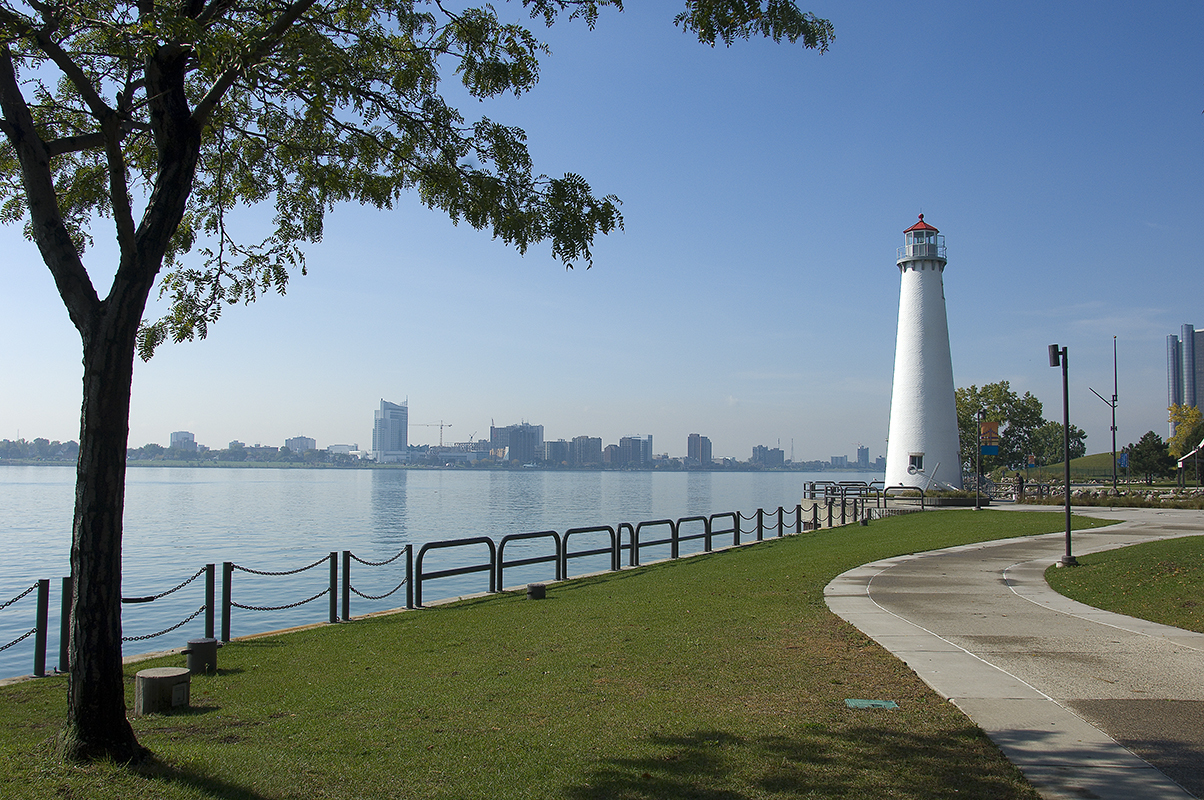 $101,000 total bill for the purchase of 19.35 acres. The park provides green space for passive recreation such as to walking the dog or strolling casually along Bean Creek.

The most recent: Trust Fund grants are issued annually at one time, so in any given year, numerous awards are made, but the most recent to be completed is the acquisition of Clark Lambros Beach Park by the city of Marquette in Marquette County. The Trust Fund bankrolled 74 percent of the $1.1 million project. The seller, in turn, donated the proceeds to the city to pay for the municipality’s match, as well as the development of rest rooms, parking lots and landscaping at the park situated along the Lake Superior shoreline.

Get more information on the Natural Resources Trust Fund.