The bill package was championed by the Michigan Joint Task Force on Jail and Pretrial Incarceration.

“As a former prosecutor, I recognize how critical it is to take steps toward a smarter and more equitable justice system that not only saves taxpayer money, but keeps people in their communities,” said Governor Gretchen Whitmer. “Over the last two years, we’ve worked with leaders on both sides of the aisle to make Michigan a national leader on criminal justice reform. I want to thank Lieutenant Governor Garlin Gilchrist and Chief Justice Bridget Mary McCormack, along with the bipartisan members of the task force, for their leadership in this effort. Today proves that it is possible to make tremendous progress to improve our state when we work together to get things done.”

The 20 bills, carried by a diverse group of Republican and Democratic state senators and representatives and passed with overwhelming support, are based on policy recommendations from the Michigan Joint Task Force on Jail and Pretrial Incarceration, a group of criminal justice experts and key stakeholders that was led by Lt. Governor Garlin Gilchrist II and Chief Justice Bridget Mary McCormack, which conducted a year-long study of Michigan’s jails and engaged input from the public in a series of meetings statewide.

“Our courts and justice system belong to the people, and these reforms reflect a consensus-based process that brought together all who share our commitment to fairness, accountability, transparency, and efficiency,” said Supreme Court Chief Justice Bridget M. McCormack. “We have more work to do to continue making Michigan even safer, but we are now a national leader in implementing criminal justice reform that is data-driven, informed by research, responsive to community input, and committed to building public trust.”

“I’m extraordinarily proud of our collective work over the last two years to understand and improve the criminal justice system,” said Lt. Governor Garlin Gilchrist II. “Before Governor Whitmer and I took office, the system didn’t work for families, communities, or our state as a whole, but we made a conscious effort to make our state a national leader in reform, and the results speak for themselves. We must continue to work together to find ways to provide second chances through a smarter, safer, and more effective justice system.”

The Task Force found that low-level infractions, like driving on a suspended license, violations of probation, and other misdemeanors, were exhausting public safety resources and impacting hundreds of thousands of Michiganders each year without producing safer communities. Jail populations had tripled in less than 40 years, growing particularly fast in rural communities, and Michigan law provided little to no guidance on when jail alternatives should be the preferred or presumed intervention.

“We are very pleased to see Governor Whitmer sign a bipartisan package of bills based on the recommendations of the Michigan Joint Task Force on Jail and Pretrial Incarceration,” said John Cooper, Executive Director for Safe & Just Michigan. “These bills take important steps toward ending Michigan’s overuse of jails, and will protect thousands of people in Michigan from unnecessary arrests and incarceration for low-level misdemeanors and technical probation violations. These reforms will help thousands of people in Michigan get to work and keep their jobs instead of unnecessarily cycling through Michigan’s jail system, thereby improving both economic outcomes and public safety in our state.”

“This first set of bills will help end the vicious cycle that so many people are trapped in — being poor, not being able to pay your fines, having your license suspended and a warrant issued for failing to come to court," said Amanda Alexander, Executive Director of the Detroit Justice Center and a member of the Task Force. "At the Detroit Justice Center, we are eager to see this legislation make a difference in people’s lives, and we are committed to continuing the fight alongside our movement partners for more widespread change.”

The 20 bills passed by the legislature form a complementary approach that aims to shift individuals away from jail unless they pose a threat to public safety. Throughout the last year, the bills were vetted by lawmakers and refined with extensive input from prosecutors, judges, sheriffs, crime victims, reform advocates, and members of the public.

“Working together on this important topic is a perfect example of putting people before politics,” said former Speaker of the House Lee Chatfield. “We all want a stronger, safer, and more free country. That requires smart reforms like these to hold people accountable without setting them up to fail.”

“This is not reactionary policy – it’s thoughtful and purposeful,” said Senate Majority Leader Mike Shirkey, who joined with other leaders in creating the Task Force in 2019. “These bills are rooted in data, informed by research, and built on the consensus and compromise of a diverse group of stakeholders.”

The Task Force started working in July 2019 on measures the state of Michigan could take to safely reduce jail populations and expand alternatives to incarceration. Their recommendations and the resulting bipartisan package of bills were informed by dozens of stakeholder interviews and roundtables, testimony from hundreds of people across the state, 10 years of statewide arrest and court data and three years of individual-level data from a large and diverse sample of county jails.

“I am proud to lead the effort in the Senate on criminal justice reform, which is an issue that impacts our entire state,” said state Senator Sylvia Santana. “The bills signed into law by the Governor today marks the culmination of 18 months of bipartisan work and while I believe we will see safer communities and less recidivism as results of these reforms, there is still much work ahead. We need to continue our commitment to making necessary changes so that families who have lost a loved one to a system that overly, and inconsistently, prosecutes people of color and the poor can get the justice they deserve.”

“This legislation is precisely the fix so many people of our state need, taking tangible steps to break down barriers that have only served to place individuals under further strain as they work to get their lives and livelihoods back on track,” said state Representative Tenisha Yancey. “With House Bill 5851 being signed into law, driver’s license suspensions or revocations will no longer be wielded over Michiganders as a means to sanction offenses that had nothing to do with driving factors. I’m proud to have been a part of this vital package, and look forward to continuing to advocate for further progress in reforming our state’s criminal justice system in the new term.”

Together the bills seek to expand the use of jail alternatives and reserve jail for public safety risks. The bills eliminate driver’s license suspensions and criminal penalties for some traffic offenses; expand officer discretion to use appearance tickets instead of custodial arrests; use probation, fines, and community service as sentences for low-level crimes; and limit jail time for those who violate the rules of supervision. The bills include:

Additional recommendations stemming from the Task Force report will be taken up for consideration in the next legislative session, potentially including bills related to pretrial release and behavioral health diversion from jails. The Task Force report can be found here: https://courts.michigan.gov/NewsEvents/Pages/DataDrivenJusticeSolutions.aspx

See below for photos from today’s bill signing: 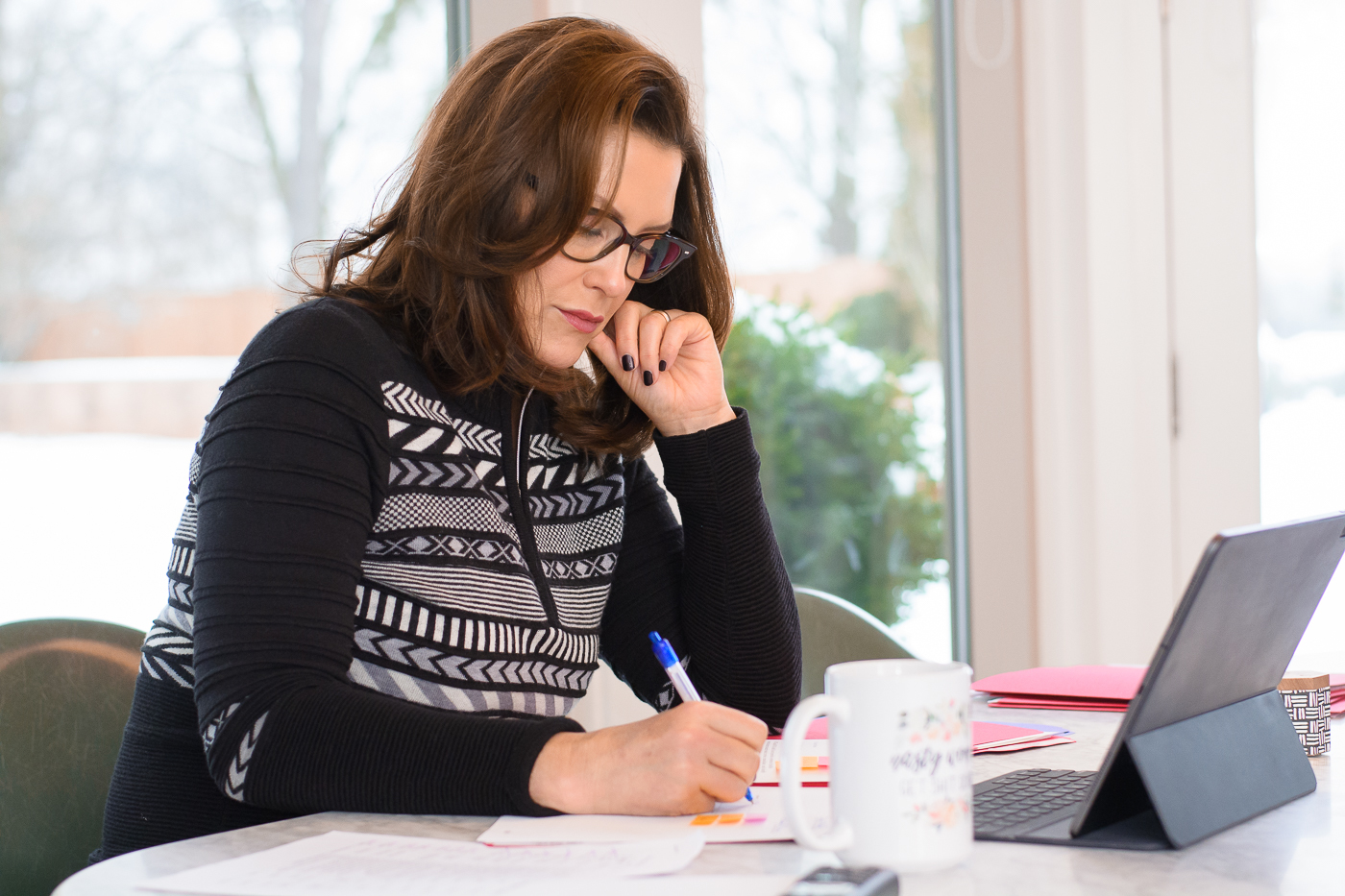 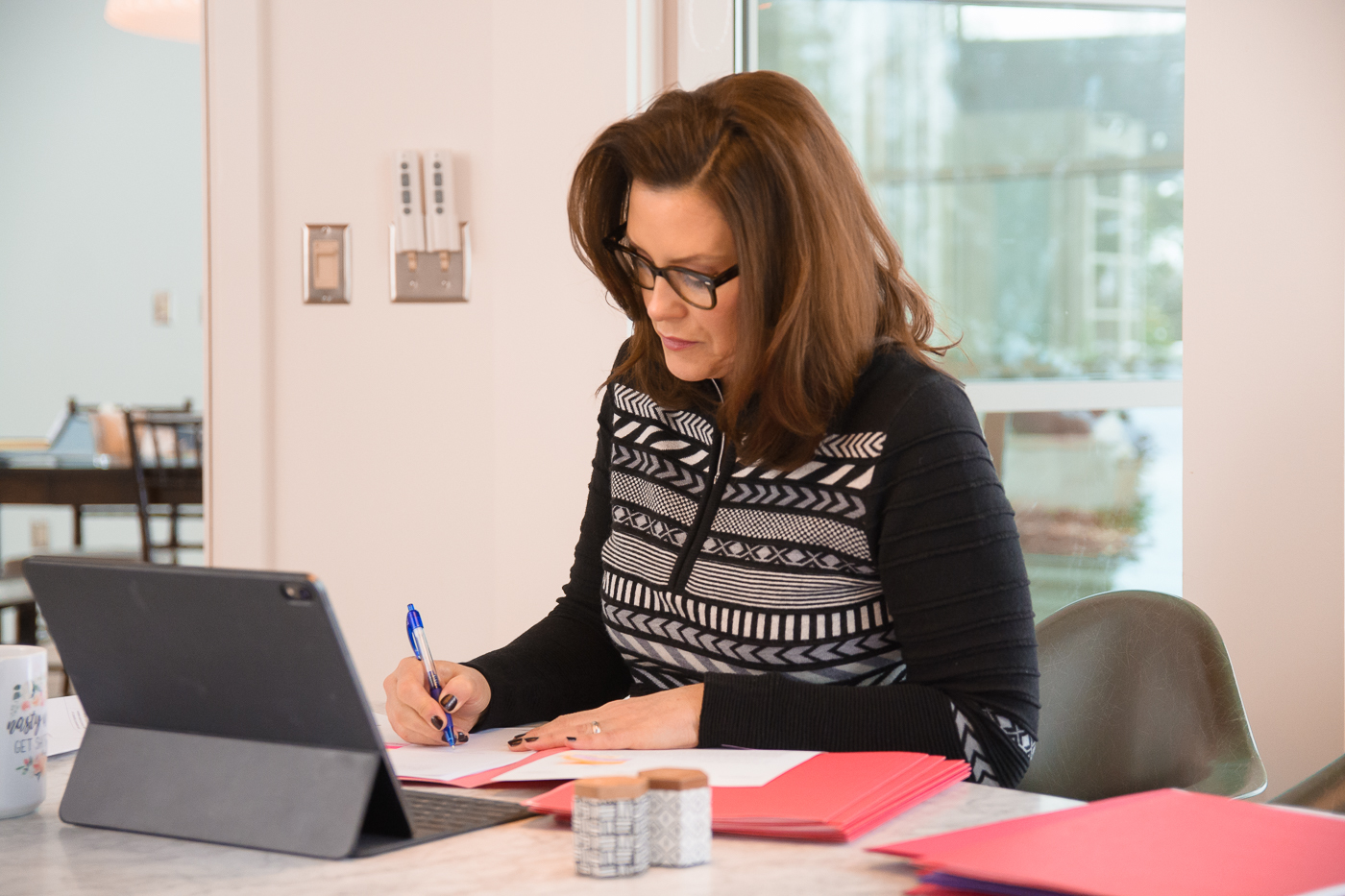