FLINT, Mich. - Governor Gretchen Whitmer today announced plans to create a new Michigan state park in the City of Flint by utilizing federal relief dollars from President Biden's American Recovery Plan. This would mark the first state park in Genesee County, the only county in Michigan without land that is managed by the Michigan Department of Natural Resources, and when completed would become Michigan's 104th state park.

"Parks are pillars of our local communities and economies," said Governor Gretchen Whitmer. "Through the pandemic, park attendance reached historic highs as people went outdoors to unwind and connect with their loved ones. That's especially true in Michigan's great cities, which have been disproportionately impacted by COVID. This new park in Flint is a multi-generational investment in the community that will support small businesses, create jobs, and give people a space to enjoy with friends and family."

Governor Whitmer made the announcement at Chevy Commons, a former industrial site in Flint currently owned by Genesee County that would serve as the center for the new outdoor recreation space. The Michigan Department of Natural Resources will look to leverage the Flint River Restoration Plan and collaborate with the local community to develop this new park and to seek other funding to bring the park to fruition and provide for its future operations and maintenance

The $26.2 million investment in the Flint state park would be drawn from $250 million in funding previously proposed by Whitmer to address a backlog of needs in state parks and trails across Michigan to help support businesses and local economies.

"A new state park in the heart of Flint will help transform our community and create opportunities for people to enjoy the outdoors and come together," said Congressman Kildee. "In Congress, I helped pass the American Rescue Plan to provide resources to the state of Michigan to make these significant economic investments. I applaud Governor Whitmer for her leadership and bold vision to help Flint reimagine and reinvest in Chevy Commons."

The park fulfills elements of the DNR's Public Land Strategy as well as the 2012 report of the Michigan Parks and Outdoor Recreation Blue Ribbon Panel. These documents identify as priorities increased access to diverse recreation opportunities in or near urban areas and the establishment of a "signature park" in the City of Flint.

"We have long recognized the need to build quality recreational spaces closer to the state's population," said Ron Olson, chief of the Parks and Recreation Division for the Michigan Department of Natural Resources. "This plan answers that need by providing a park along the Flint River in the heart of the city, connecting citizens and neighborhoods to this natural asset. We look forward to working closely over the next few years with our partners in the City of Flint, Genesee County, the Charles Stewart Mott Foundation and throughout the community to fashion a park that will answer local needs and reflect a local vision."

State and local parks saw an influx of visitors during the pandemic, as people sought safe and socially distanced ways to stay mentally and physically healthy. State parks alone saw 35 million visitors in 2020, a 30 percent increase over the previous year. Local parks have seen a similar increase in use during the public health crisis.

"Developing a state park on the Chevy Commons site would be an outstanding use of this property, and the governor's proposed funding will be critical in moving this project from concept to reality," said Mark Young, chairman of the Genesee County Board of Commissioners. "Once this funding is approved by the Legislature, the county intends to work closely with the state, the City of Flint and other partners to design a park that meets the future needs of our community."

The governor's proposed investment, which requires approval from the Legislature, would develop a park that would be anchored at Chevy Commons and expanded along the Flint River corridor to seamlessly connect the park to local neighborhoods, businesses, and institutions, such as the University of Michigan-Flint, Kettering University, the Flint Farmers' Market, the Flint Cultural Center Campus, and the Iron Belle Trail. Although plans are in their earliest stages, the new park could include non-motorized trails, unique playscapes, accessible open spaces, fishing platforms, and canoe and kayak launches into the Flint River.

A timeline for completion and further funding still needs to be developed, but the commitment of state funding will prove a critical catalyst in pushing the project forward.

"Flint is proud to be the first city in Genesee County to have a State Park," said Flint Mayor Sheldon Neeley. "Repurposing this land for outdoor recreational space will enhance residents' health and quality of life while giving families in Flint an opportunity to enjoy nature. A state park in Flint is a beacon of light and will have vast environmental, economic, and social impacts through the transformation of key land within the City. We thank God, the Michigan Department of Natural Resources and Governor Whitmer for making this possible. Prayer, Planning and Partnerships work."

"In Flint, our parks are a hub for the community," said Sen. Ananich (D-Flint). "Never were they more important to our health and well-being than this last year, when we relied on them as a refuge. I am so pleased to see the governor make our public greenspaces a priority with her plan to bring a state park right here to Genesee County. An investment in our parks is an investment in the fabric of Flint that families from around the state will be able to enjoy for generations to come."

"The creation of a state park in Flint and Genesee County is the culmination of a decade-long dream and effort for me," said Rep. John Cherry of Flint. "The transformation of the riverfront from a shuttered factory and concrete field to an expansive and beautiful recreational space will bring enjoyment for families, vibrancy, economic development and opportunity that will reach out to all parts of the city. I look forward to the day when I bring my young daughter to Michigan's 104th state park and tell her how it came to be. I am excited to see the continued restoration of our river that this project will spark."

"The Mott Foundation applauds the creation of the first state park in Genesee County, centered around the Flint River," said Ridgway White, president and CEO of the Foundation, which has granted $5.43 million in support of the Flint River Restoration Project. "Most important, the new park, enhanced trails and other planned amenities have great potential to improve the health, well-being and quality of life for Flint residents. We also hope they'll be a boost to the community as a whole, serving as one more step forward as Flint continues to recover from the water crisis, pandemic, and decades of disinvestment by the public and private sectors."

"For the last 10 years, Flint & Genesee Education & Talent has partnered with Michigan's Department of Natural Resources to connect hundreds of Flint teens to outdoor summer jobs and recreational activities," said Dr. Kimberly Leverette, executive director of Flint & Genesee Education & Talent, a division of the Flint & Genesee Group. "The establishment of this new park builds upon that partnership by creating new jobs and career paths that both teens and adults can pursue in Flint and Genesee County. Through spurring job creation and offering new recreational opportunities for residents and families, this park will surely contribute to a higher quality of life for our community."

More information about the proposed park can be found here: 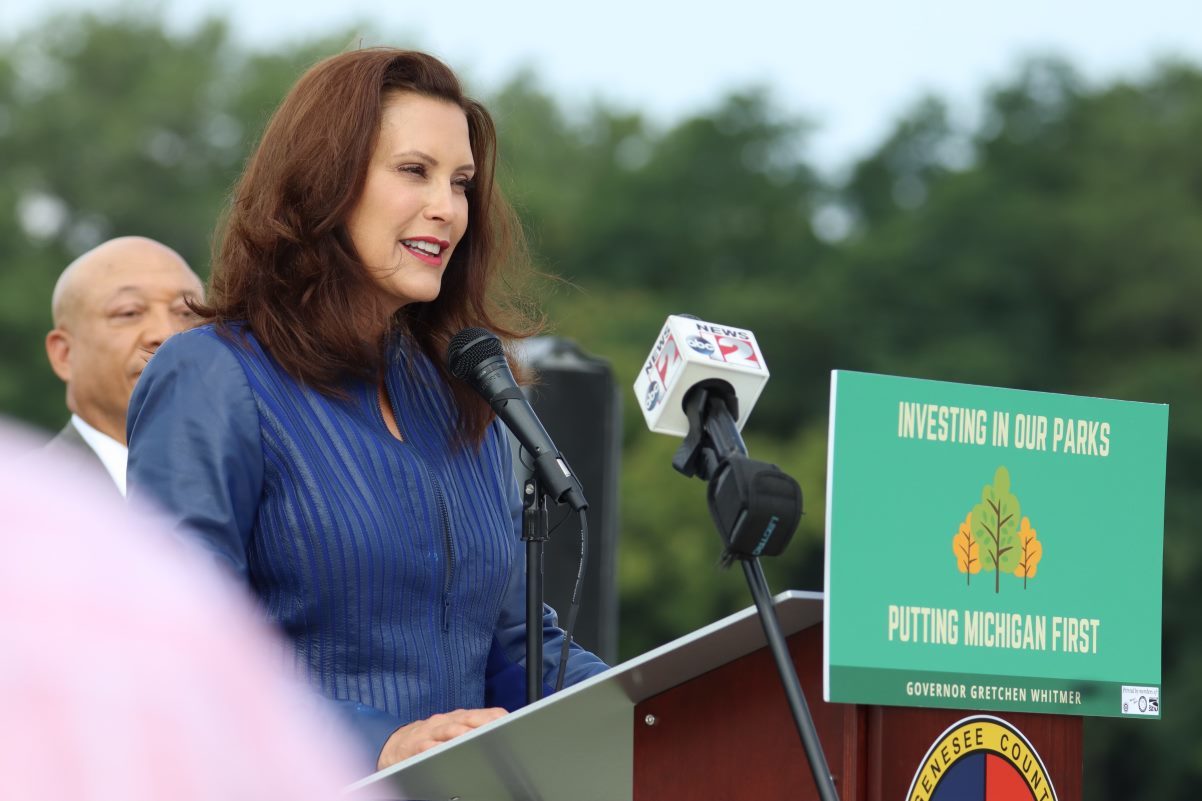 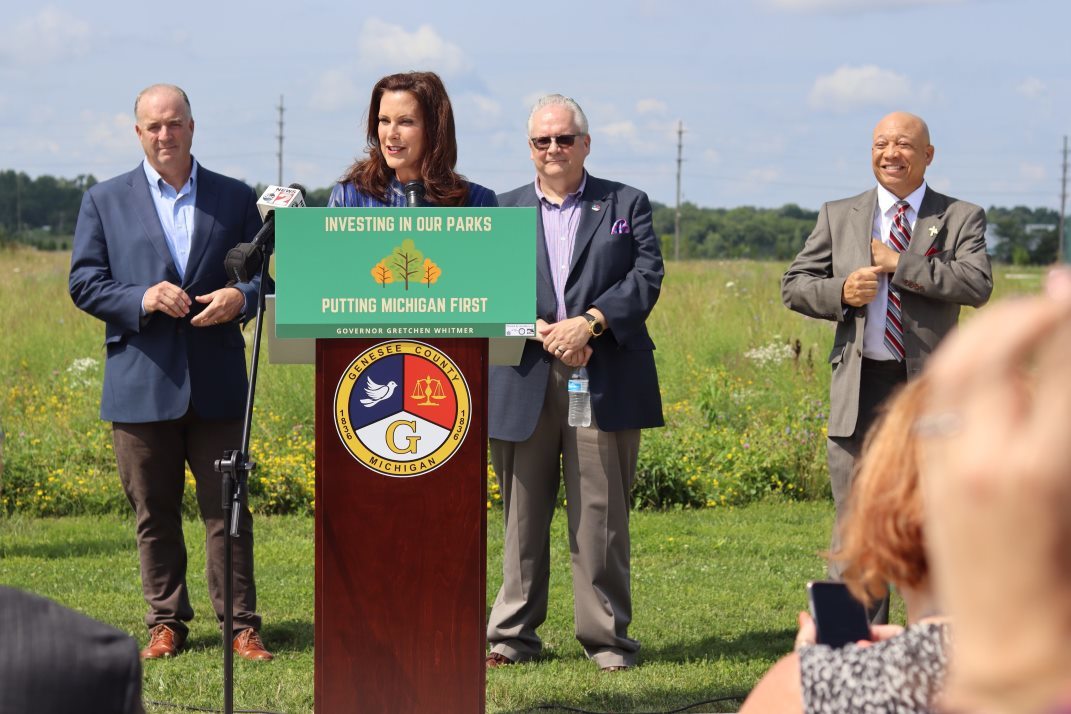 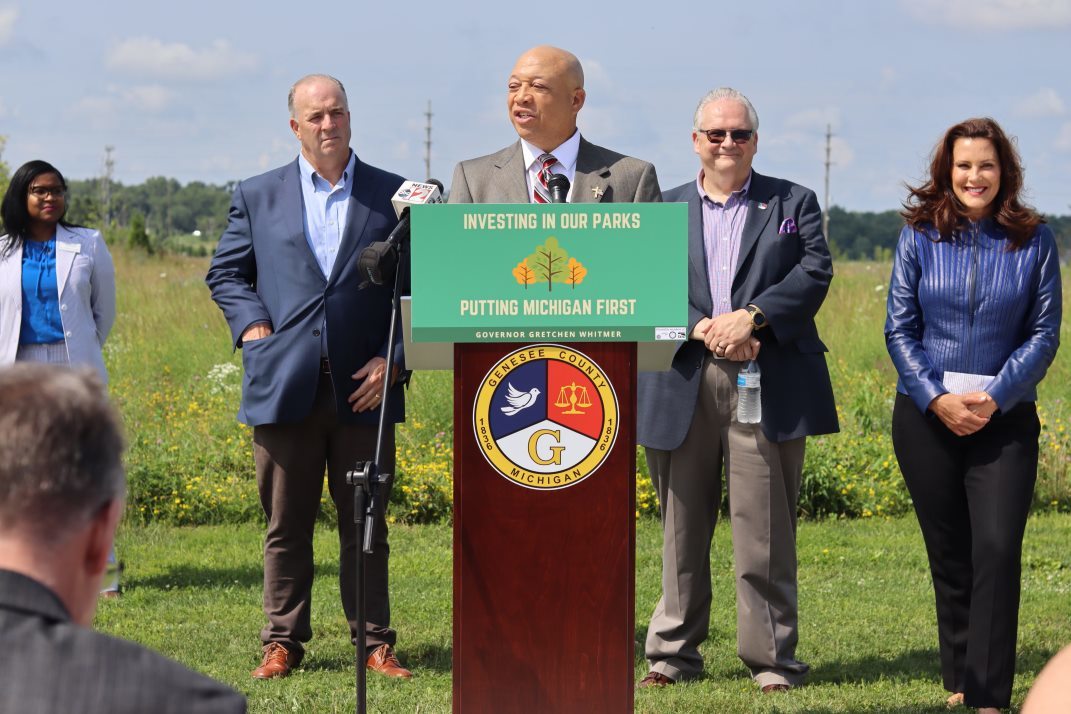