As 75 recruits prepare to begin next academy, State Police seek applicants for next classes

During the ceremony in Lansing, in which Governor Whitmer was the keynote speaker, Col. Joe Gasper, director of the MSP, administered the Oath of Office to 57 individuals who begin their assignments at MSP posts across the state next week.

"Public service is a noble calling and I'm proud of the 57 graduates who join the ranks of the Michigan State Police today to begin serving the people of Michigan," said Governor Whitmer. "The Michigan State Police is one of the premier law enforcement agencies in our country, and I want every trooper to know that as a former prosecutor, I got your back and I recognize and appreciate the sacrifices you make to keep us safe."

"Today as we celebrate adding these 57 individuals to the Michigan State Police family, their future is laid out in front of them, full of opportunity and excitement," said Gasper. "At a time when solidifying and growing relationships with the communities we serve is critically important, I know these newest troopers will rise to challenge, helping us to continue to deliver the very best in law enforcement services."

Including the 57 graduates of the 139th Trooper Recruit School, there are approximately 1,215 troopers assigned statewide, and a total of 1,900 enlisted members in the MSP.

The next recruit school, the 140th Trooper Recruit School, begins on Sunday, Aug. 22, at the MSP Training Academy in Lansing with 74 prospective troopers. They are expected to graduate on Feb. 17, 2022.

With hundreds of trooper vacancies due to continued attrition, the MSP Recruiting and Selection Section and Training Division remain busy. The MSP is actively recruiting for future trooper recruit schools, including the 141st Trooper Recruit School, which is the department's first recruit school for licensed law enforcement officers and the 142nd Trooper Recruit School.

Persons interested in learning more should visit www.michigan.gov/MSPjobs for information on how to apply. 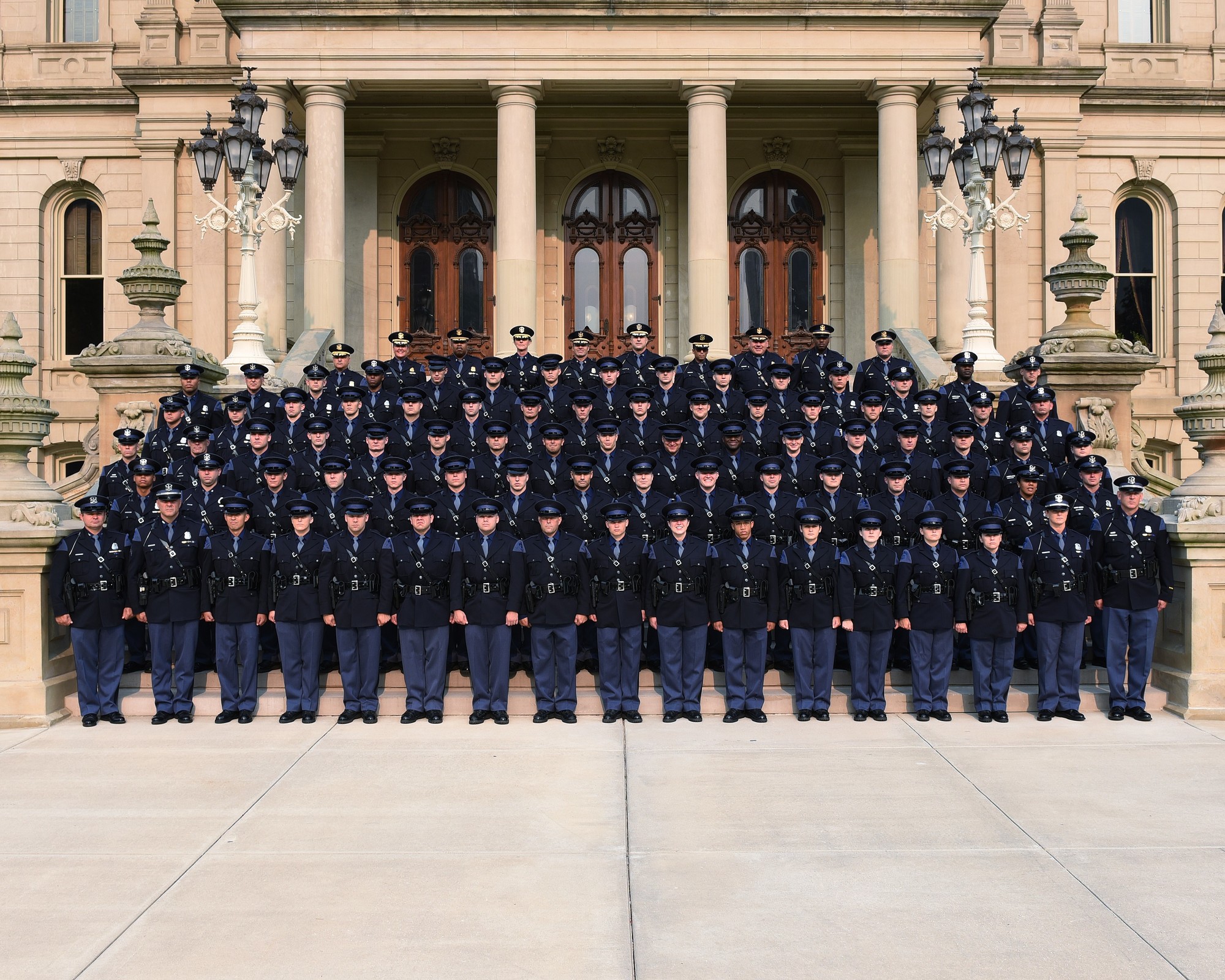