LANSING, Mich. -- Today, Governor Gretchen Whitmer, Lt. Governor Garlin Gilchrist II and cabinet members hosted a summit with Michigan's tribal leaders to address the issues important to their communities and ensure they have an empowered seat at the table

"I am honored to host today's summit with Michigan's tribal communities," said Governor Whitmer. "The success of Michigan's Native communities is inextricably linked to our success, and it is crucial that we ensure they have an empowered voice and seat at the table. I am committed to working alongside tribal leaders to address the key issues important to their communities. Together, I know we can make meaningful progress on the kitchen-table priorities we all share and usher in a new era of prosperity for our families, communities, and small businesses together."

"Michigan's diversity is what makes our state so great, and today's conversation with tribal leaders highlighted the important contributions that the Native American community adds to our state," said Lt. Governor Gilchrist. "Governor Whitmer and I are committed to empowering our tribal leaders and ensuring that Michigan is a state where everyone can succeed."

In Governor Whitmer's first year in office, she signed Executive Directive 2019-17 which reaffirms and extends Michigan's commitment to recognize the sovereignty and right of self-governance of Michigan's federally-recognized Indian tribes and orders each state department and agency to adhere to these principles. It's also the first executive directive in Michigan history to require training on tribal-state relations for all state department employees who work on matters that have direct implications for tribes, and also required each department and agency to adopt and implement a tribal consultation policy.

Governor Whitmer has shown a deep commitment to ensuring members of Michigan's federally recognized tribes have a seat at the table in state government. She has appointed 39 Native Americans to judgeships, councils, boards, and commissions. Recently, one of those appointees, Bryan Newland, was sworn in as Assistant Secretary of the Interior for Indian Affairs, where he will serve Native communities nationwide alongside Secretary Haaland.

"The Tribal-State government to government relationship was established in modern times through the Tribal-State Accord in 2002. We meet annually between the twelve tribal sovereigns and the State," said Chairman Aaron Payment, Sault Ste. Marie Tribe of Chippewa Indians. "Tribal Nations support a substantive relationship addressing real issues to continue to improve relations. We appreciate the Executive Order calling for Consultation among all State agencies and the Tribal Nations but we have issues to continue to work through underscoring our work is a journey rather than a destination." 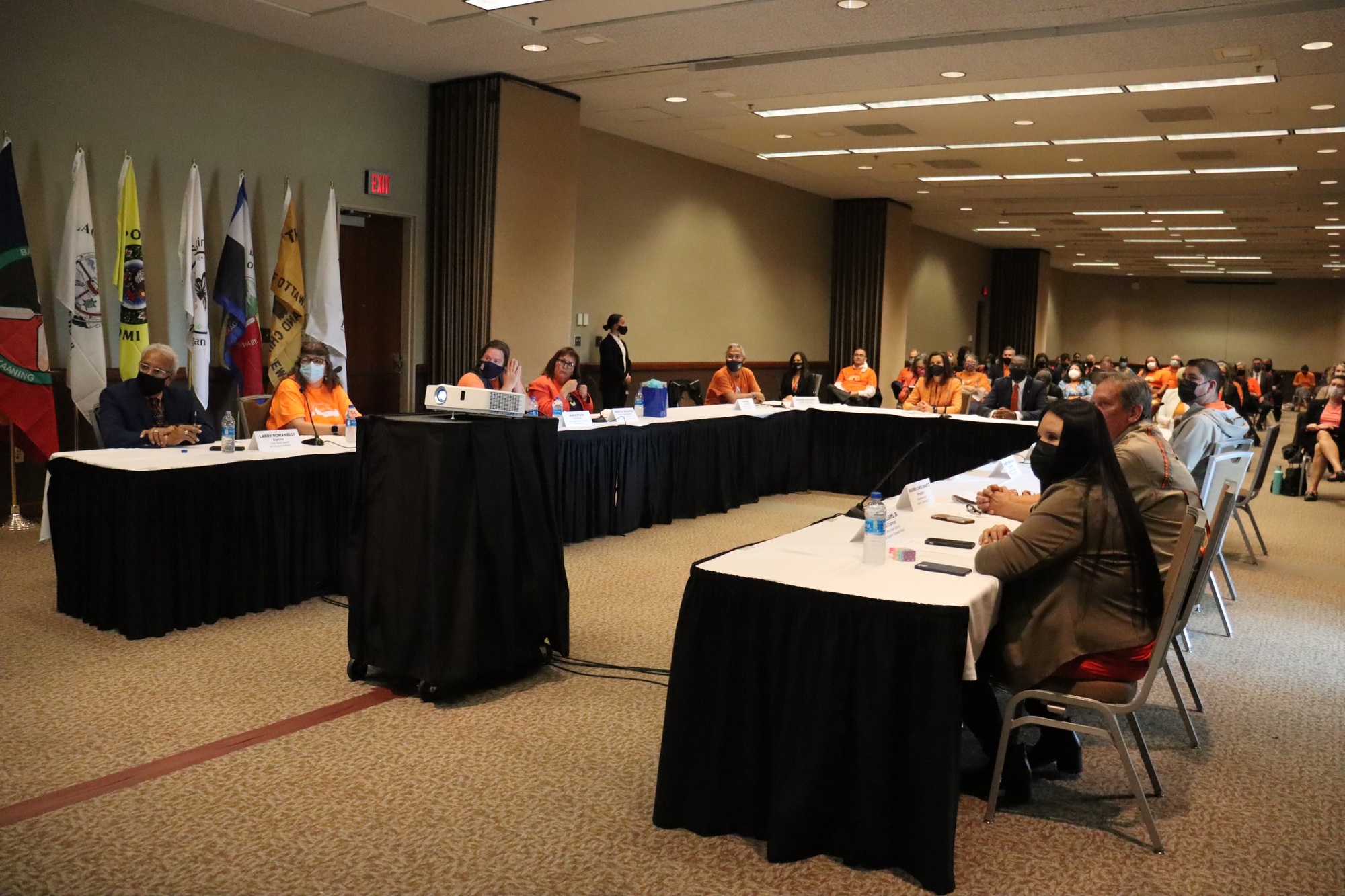