Gov. Whitmer Continues to Fix the Damn Roads as Work Begins on 12.5 Miles of US-127 in Ingham County

Gov. Whitmer Continues to Fix the Damn Roads as Work Begins on 12.5 Miles of US-127 in Ingham County

LANSING, Mich. - Governor Gretchen Whitmer today announced the Michigan Department of Transportation (MDOT) will begin work on the US-127 resurfacing and bridge repair project in Ingham County, a $62 million investment which will support 800 jobs. Since Governor Whitmer took office, Michigan has invested nearly $4.75 billion to repair, replace, or rehabilitate 13,198 lane miles of road and 903 bridges.

"Since I took office, my administration has made progress fixing roads and bridges across Michigan," said Governor Whitmer. "Today, we are building on that progress in Ingham County with the groundbreaking of our resurfacing and bridge repair project on US-127. This $62 million project is an investment in Ingham County's roads, economy, and residents. I will continue working with anyone to put Michiganders first and make long-lasting investments in our infrastructure that make a difference for our communities."

MDOT is investing approximately $67 million to resurface 12.5 miles of pavement, rehabilitate 10 structures, improve drainage, and install guardrail and barrier wall on US-127 between the Jackson/Ingham County Line and Cedar Street (M-36) in Ingham County.

Funding for this project is made possible by Governor Whitmer's Rebuilding Michigan program to rebuild the state highways and bridges that are critical to the state's economy and carry the most traffic. The investment strategy is aimed at fixes that result in longer useful lives and improves the condition of the state's infrastructure. 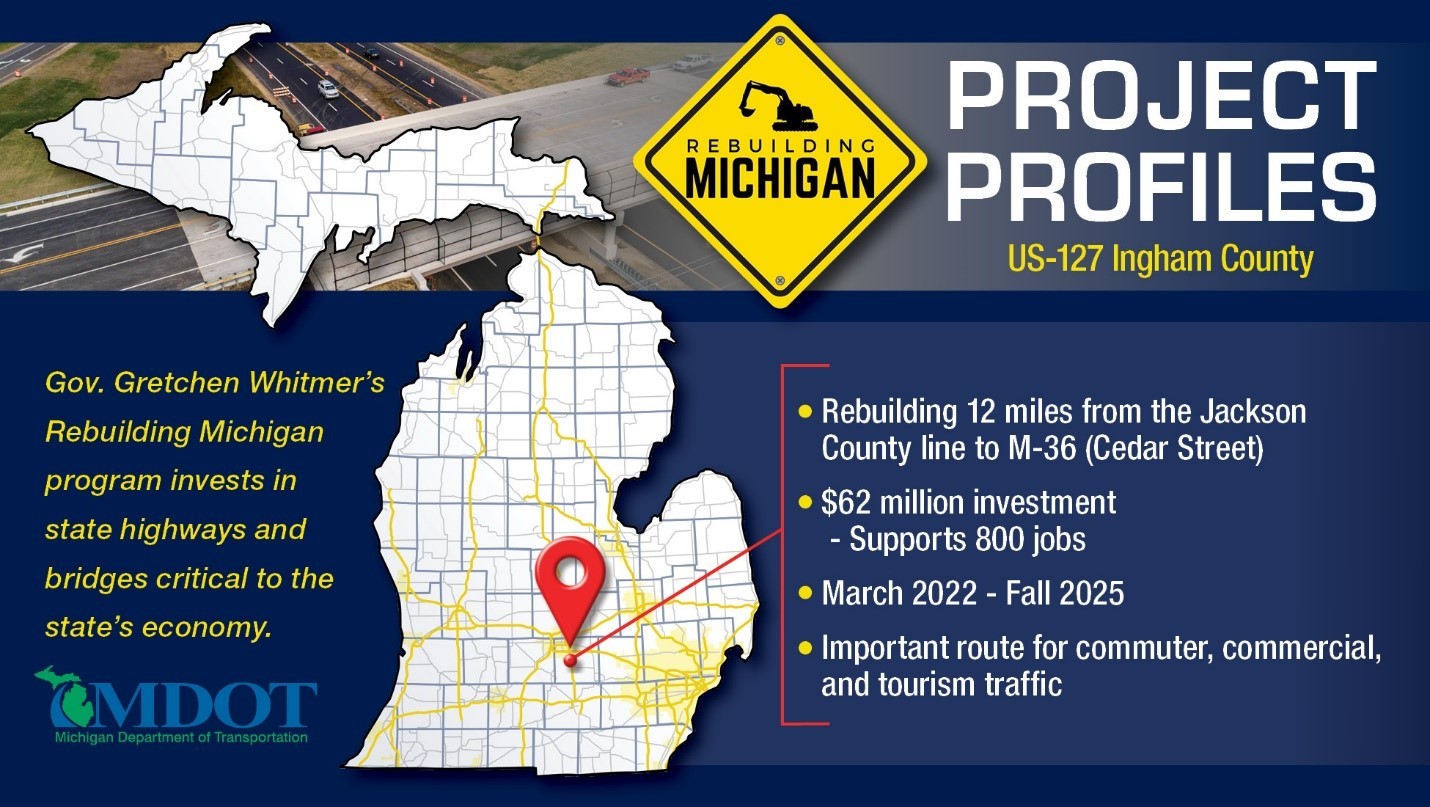