“This $2.4 million project will create 18 good-paying jobs and bring new vibrancy and economic activity to the East Jefferson neighborhood,” said Governor Whitmer. “Michigan’s economy is on the move, and I will work with anyone to continue making investments to make our communities more attractive places to live, work, and play by transforming underutilized property into productive space.” 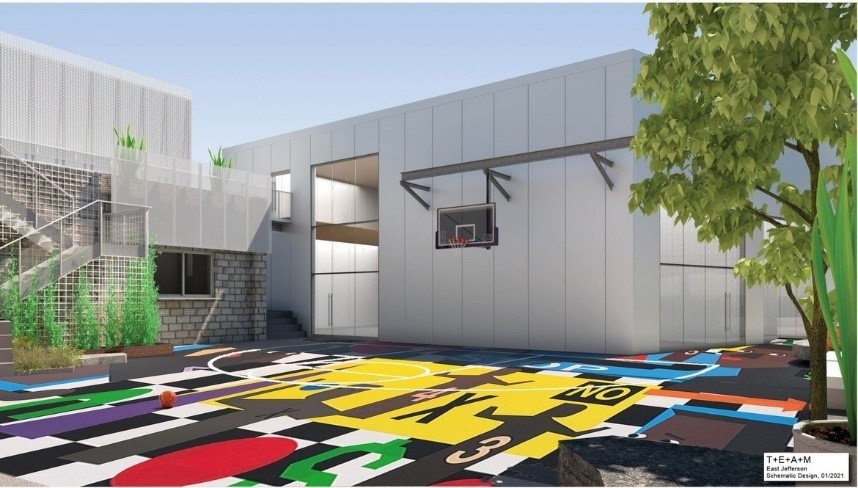 The Jefferson Holcomb project will include the construction of a new two-story mixed-use building, rehabilitation of an existing building, and creation of a community gathering space at the corner of East Jefferson and Holcomb Streets in the East Village neighborhood of Detroit. The new building will include four retail suites including mezzanine space with one suite to be occupied by a minority-owned entrepreneurial clothing and lifestyle store. The existing commercial storefront will be renovated into a café with additional deck space, and the new outdoor courtyard space will be accessible to the public and will include arts and cultural programming, an enclosed, open-air basketball court and rooftop deck space.

The City of Detroit Brownfield Redevelopment Authority has received Michigan Strategic Fund approval of state tax capture valued at $154,129 for the reimbursement of brownfield remediation activities at the site. The project will transform contaminated property into a vibrant development and is expected to serve as a catalyst for further economic growth in the neighborhood.

“This project reflects our continued focus on supporting innovative placemaking efforts in communities throughout the state that lays the foundation for long-term economic wins and greater opportunity for Michiganders,” said Quentin L. Messer, Jr., CEO of MEDC and President and Chair of the MSF Board. “We are grateful to the Governor and legislators for their continued support of the Brownfield Development Financing Program. By working with our local partners to revitalize underutilized properties into vibrant developments, Team Michigan is building on our strong sense of place while supporting unique places where current Michiganders and those we will attract can live, work, visit, and play.”