LANSING, Mich. - Governor Gretchen Whitmer joined the Michigan Economic Development Corporation (MEDC) to announce economic assistance for projects approved by the Michigan Strategic Fund Board today that will create 150 new jobs and generate more than $500 million in investment in Michigan. The projects include efforts to bring new semiconductor wafer manufacturing and R&D operations to the state which will help the auto industry by producing more of the chips they need right here in Michigan, as well as support for additional workforce housing projects in Detroit neighborhoods.

Together, these projects also build on the Governor's announcements this week to invest $2.1 billion to strengthen the state's middle class, support Michigan businesses and increase affordable housing in communities to usher in a new era of economic prosperity for Michigan.

"Today's actions show our continued focus on jumpstarting Michigan's economy by creating good-paying jobs, building on our state's advanced manufacturing and tech sectors, and supporting transformational placemaking efforts in communities," said Governor Whitmer. "These projects are further proof that Michigan is a place where technology, research and innovation are paired with a fierce work ethic that creates economic opportunities for businesses of all sizes."

SK Siltron CSS, headquartered in Auburn, Michigan, is a manufacturer of semiconductor wafers used in power system components. The company is a subsidiary of SK Siltron, an operating company of South Korea's SK Group.

The demand for power semiconductors is rapidly increasing as automakers enter the electric vehicle market and telecommunication companies expand 5G capabilities. SK Siltron CSS plans to expand production of much-needed silicon carbide wafers, considered the future of the industry because of their ability to efficiently transfer energy. The company is acquiring and rehabilitating a facility in Monitor Township (near Bay City) to support its growth. The project is expected to generate a total capital investment of $302 million and create up to 150 jobs, supported by a $1.5 million Michigan Business Development Program performance-based grant. Michigan was chosen for the project over sites in Georgia, North and South Carolina, Tennessee, and Texas for its talent and proximity to automakers.

"SK Siltron's high-profile commitment proves further evidence that Michigan remains a place where high-tech talent needs can be met and tech companies can grow, and we thank the company for its vote of confidence in our state and our workforce," said Quentin Messer, Jr., CEO of the MEDC and President and Chair of the Michigan Strategic Fund. "The company's investment in Michigan is a clear example of how top attraction projects are finding opportunities to grow in the state underscoring Michigan's leadership position in electric vehicle R&D and manufacturing."

The project will attract high-wage jobs in high-tech manufacturing ranging from semi-skilled operators to engineers, and will continue to strengthen Michigan's automotive, mobility and advanced manufacturing industries. Adding the new jobs and the significant investment in Michigan solidifies the company's presence and potential future investment here.

"The growth of electric vehicles is opening an exciting new chapter for the auto industry as it provides consumers with more environmentally friendly transportation options," said Jianwei Dong, chief executive officer for SK Siltron CSS. "SK Siltron CSS is proud to partner with the State of Michigan to build the supply chain and create the skilled jobs required to support the next generation of EVs, ensuring Michigan remains the automotive center of the world."

In July, the Michigan Strategic Fund announced support for Ford's new global battery center of excellence in Romulus, further evidence that Michigan continues to emerge as an electric vehicle R&D and manufacturing leader.

Michigan's automotive industry purchased nearly $35 million in products and services from semiconductor companies in Michigan in 2020, building on the state's leadership in semiconductor R&D and testing due in large part to the state's talent and processes supported by Hemlock Semiconductor, KLA in Ann Arbor and the University of Michigan, which is the top global institute for semiconductor training on today's issues to help solve tomorrow's problems. As Michigan also continues leading the mobility industry in the development of electric and autonomous vehicles, demand for semiconductor manufacturers like SK Siltron is expected to skyrocket over the coming years.

The Michigan Strategic Fund also approved a 15-year State Essential Services Assessment exemption valued at $4.4 million. Monitor Township is considering a property tax abatement in support of the project, and MEDC approved a State Education Tax abatement to be used in conjunction with the local abatement. Bay Future, Inc. has worked with the company and the MEDC throughout the process offering staff time and resources in coordinating site selection activities, identifying and bringing local resources and resource partners to the table, and more.

"SK Siltron CSS is a world class, high tech, company that could have chosen to invest anywhere in the world.  We are appreciative that they decided to chose to invest here in Bay County. Our community, region, and state have a storied history of manufacturing, specifically in the automotive industry," said Bay Future, Inc. President and CEO Trevor Keyes. "This investment represents the future of that foundation where ingenuity and know-how will drive an engine of innovation and technology.  We are pleased and thankful for having had the opportunity to work closely with the MSF, the MEDC, and SK Siltron CSS to secure this significant capital investment and new job creating project."

Community revitalization projects will bring total of $226.1 million in investment, new workforce housing to Detroit, underscores Michigan as a leading hub for mobility and electrification 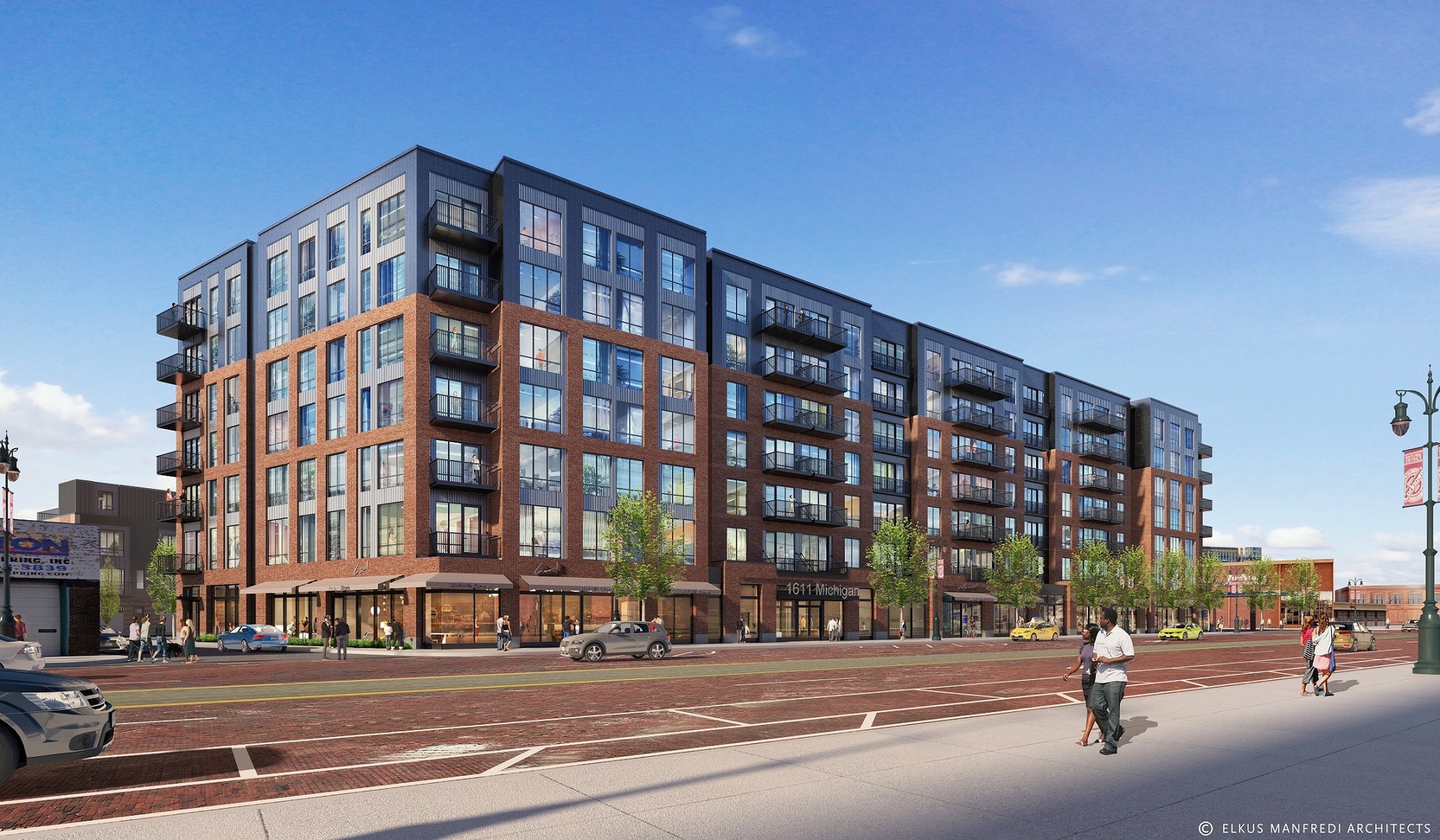 The Corktown Mixed-Use Project will construct three mixed-use buildings on Michigan Avenue in the Corktown neighborhood of Detroit. When completed, the project will include 188 apartments, seven townhomes, parking, and retail space. At least 10 percent of the apartments will have rents targeting those residents at 60 percent of average median income. In addition, public infrastructure improvements will be made to the site, including sidewalks, brick pavers, curbs, and gutters, paving and landscaping in the public space.

The project is expected to generate a total capital investment of $93 million and result in the creation of 62 jobs, and will transform an underutilized site into a vibrant mixed-use development that will bring much-needed workforce housing and add density to the historic neighborhood. Corktown is rapidly becoming a major employment center, as Ford's new Corktown campus houses many new electric and autonomous vehicle operations and is attracting additional vendors and suppliers to the area. The recently-announced Detroit Smart Parking Lab, also located in Corktown, opens in September and will allow mobility and smart infrastructure pioneers and real-estate innovators and startups to test parking-related mobility, logistics and electric vehicle charging technologies. The Detroit Smart Parking Lab will also expand parking scenarios beyond parking structures. 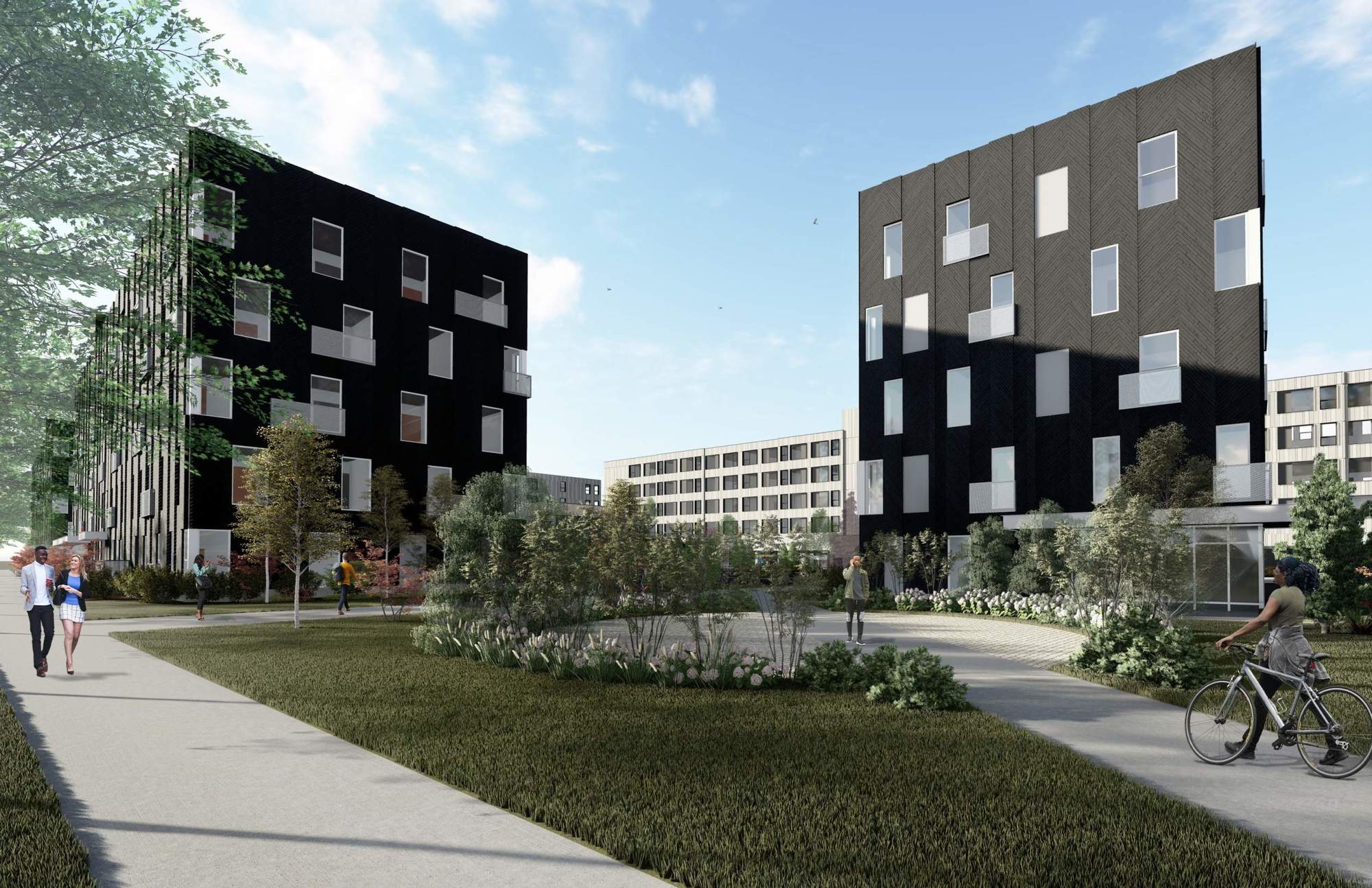 Lafayette Acquisition Partners, LLC plans to construct six new five-story buildings on a vacant, underutilized lot in the Lafayette Park Neighborhood of Detroit. When completed, the Lafayette West Project will include rental apartments and for-sale condominiums as well as commercial space, along with amenities such as a pool, clubhouse, and greenspace. Approximately 20 percent of the rental units will be held at rents considered affordable for renters making 80 percent of the Area Mean Income. The commercial spaces will target local, place-based businesses and address underserved markets. The project will also include public improvements including landscaping, public lighting, sidewalks and more.

The project is expected to generate a total capital investment of $133.1 million, and will bring workforce housing, an improved sense of place, and increased density and walkability to the Lafayette Park Neighborhood.

The City of Detroit Brownfield Redevelopment Authority today received MSF approval of state capture valued at $5 million for the alleviation of brownfield conditions at the site. The city of Detroit is supporting the project through the local portion of the brownfield work plan valued at $12.7 million and an anticipated 15-year Neighborhood Enterprise Zone certification valued at $9.4 million.

"The MSF's actions demonstrate that our efforts to lead an equitable and resilient economic recovery are working," Messer said. "The projects approved today reflect our people-centric approach to economic development and our focus on building a championship economy here in Michigan."

"Some 513 new housing units and 16,000 sq.-ft. of retail are being created in the City of Detroit with the help of Tax Increment Financing, thanks to the approval of the MSF and local community support," said Detroit Economic Growth Corporation President and CEO Kevin Johnson. "This tool continues to be essential in catalyzing development in the face of construction costs and pandemic related headwinds - all without impacting the City's current tax revenue. The DEGC is pleased to collaborate with the City and State to create new developments that serve our residents with affordable housing and more small business offerings."

The Michigan Strategic Fund also approved a bond authorizing resolution for private activity bond financing of up to $125 million for the Graphic Packaging International, LLC Solid Waste Disposal Facility project in Kalamazoo. The company will use the proceeds of the bonds to finance the construction, improvement and installation of certain solid waste disposal facilities relating to a new coated recycled board machine to be installed at the Kalamazoo Mill. This financing is part of an estimated $615 million capital investment at the mill. The company has already hired 70 new employees since these investments began, with 55 of those individuals being residents of Kalamazoo County. The city of Kalamazoo and Southwest Michigan First are also supportive of the project.

The Michigan Economic Development Corporation is the state's marketing arm and lead advocate for business development, job awareness and community development with the focus on growing Michigan's economy. For more information on the MEDC and our initiatives, visit www.MichiganBusiness.org. For Pure Michigan® tourism information, your trip begins at www.michigan.org. Join the conversation on: Facebook, Instagram, LinkedIn, and Twitter.