“As a former prosecutor, public safety is a top priority for me,” said Governor Whitmer. “But today, far too many families in Michigan do not feel safe in their neighborhoods because of crime and gun violence. That is unacceptable—we must stop the violence and hold people accountable. We need to tackle both crime and gun violence simultaneously because they are inextricably linked—nearly 1 in 3 reported violent crimes involve a firearm and in the first six months of this year alone, over 450 Michiganders have died because of gun violence. That’s why I worked to give law enforcement the resources they need in my bipartisan budget. And thanks to the Bipartisan Safer Communities Act, we have access to unprecedented federal resources that will help us keep Michiganders safe as they go to work, drop their kids off at school, or run errands in their neighborhoods. Let’s work together to protect public safety and reduce crime and gun violence.”

The executive directive can be viewed here.

“The gun violence epidemic has been tearing apart thousands of Michiganders’ lives each year with nearly no government action taken to prevent such tragedies. Today, however, this changes,” said Zoey Rector-Brooks and Jayanti Gupta, youth leaders of March For Our Lives Michigan. “The executive directive signed by Governor Gretchen Whitmer will strengthen Michigan’s ability to stop gun violence before it happens by providing Community Violence Intervention, a program proven to be an effective approach to disrupting violence in our communities. It will also work to further close the “boyfriend loophole,” which has for too long put those in domestic relationships at risk. There is much work left to be done, yet this is a victory worth celebrating. Lives are being saved.”

As a former prosecutor, public safety is a core issue for Governor Whitmer. She has worked closely with local leaders, law enforcement officers, and community organizations to ensure people feel safe in their neighborhoods. Since taking office, she has signed four balanced, bipartisan budgets, each making record investments to help communities fund local law enforcement departments and hire more first responders. These budgets have expanded training and resources available to law enforcement from the MSP to local departments in every region of the state.

Last summer, the governor proposed MI Safe Communities, a plan to invest $75 million in federal funding from the American Rescue Plan to reduce crime and keep families safe by getting illegal firearms of the street, tackle the criminal court backlog, expand resources available to law enforcement, and address the root causes of crime by investing in jobs programs, counseling, and education.

Governor Whitmer has also worked across the aisle to enact historic criminal justice reform. She signed bipartisan "Clean Slate" legislation to help hundreds of thousands of Michiganders emerge from the criminal justice system with enhanced opportunities for jobs and housing, empowering them to pursue their full potential. She also launched task forces to address pretrial incarceration and juvenile justice and pursued reforms to improve relationships between law enforcement and the people they serve. 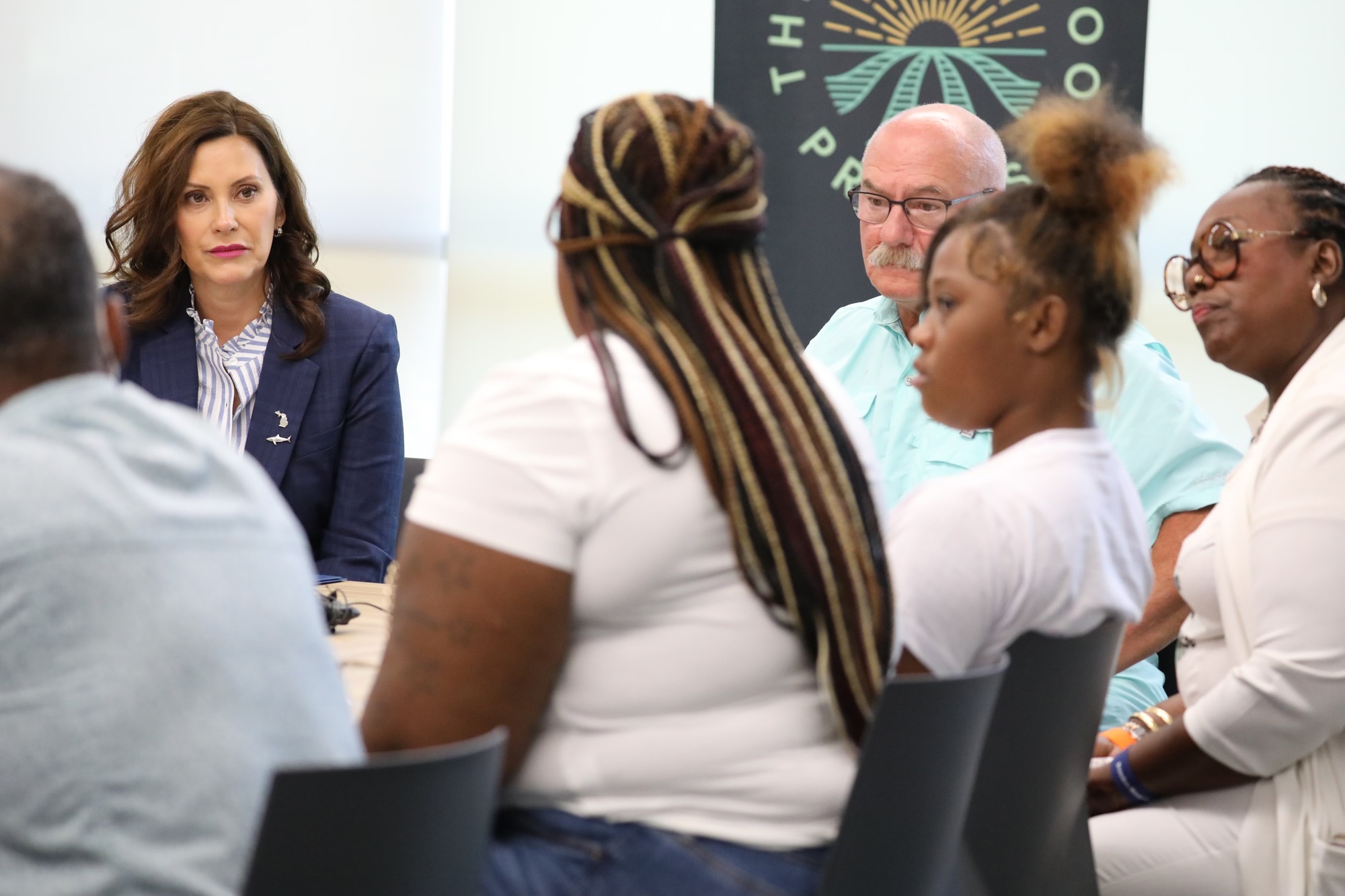 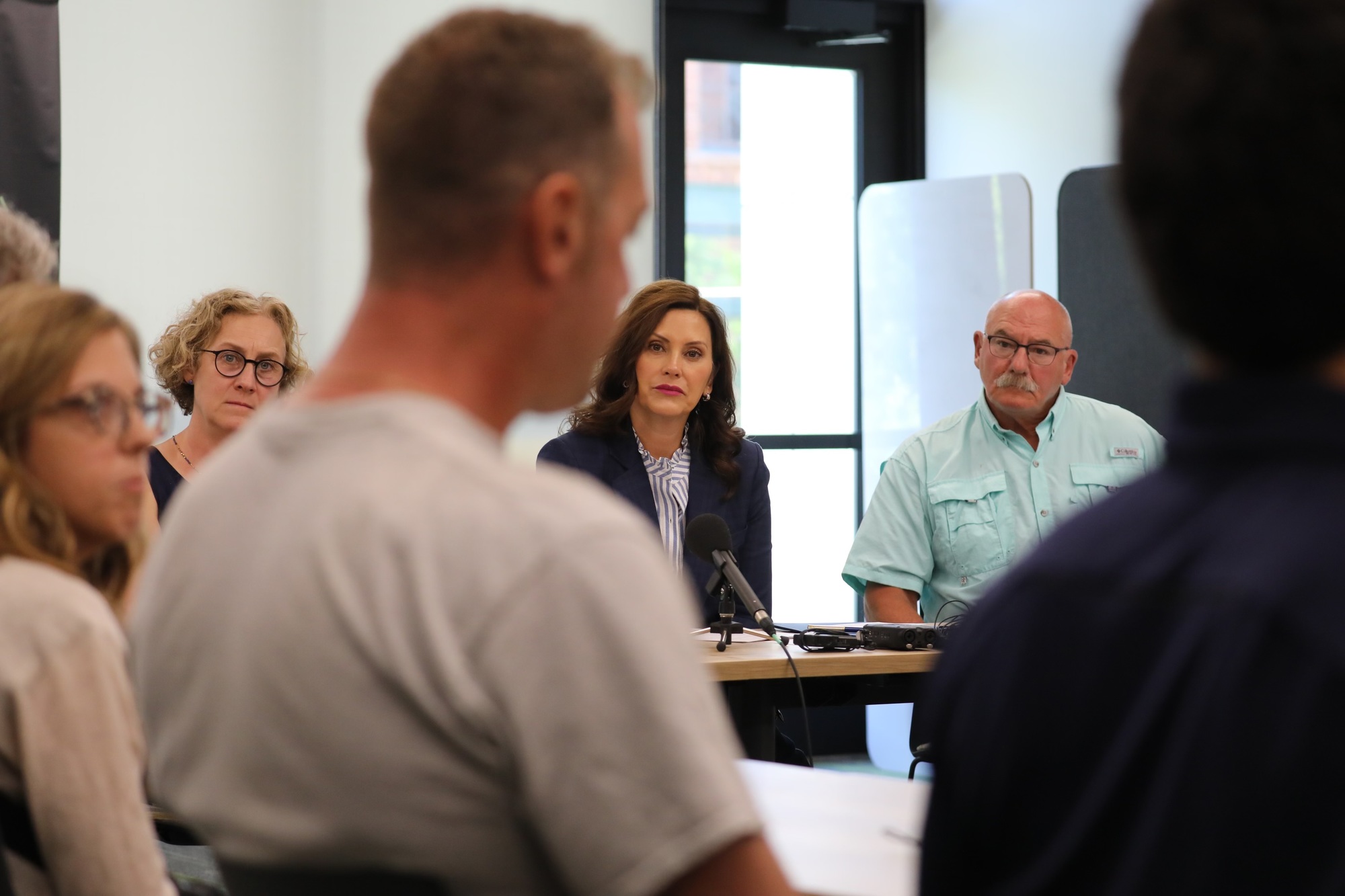 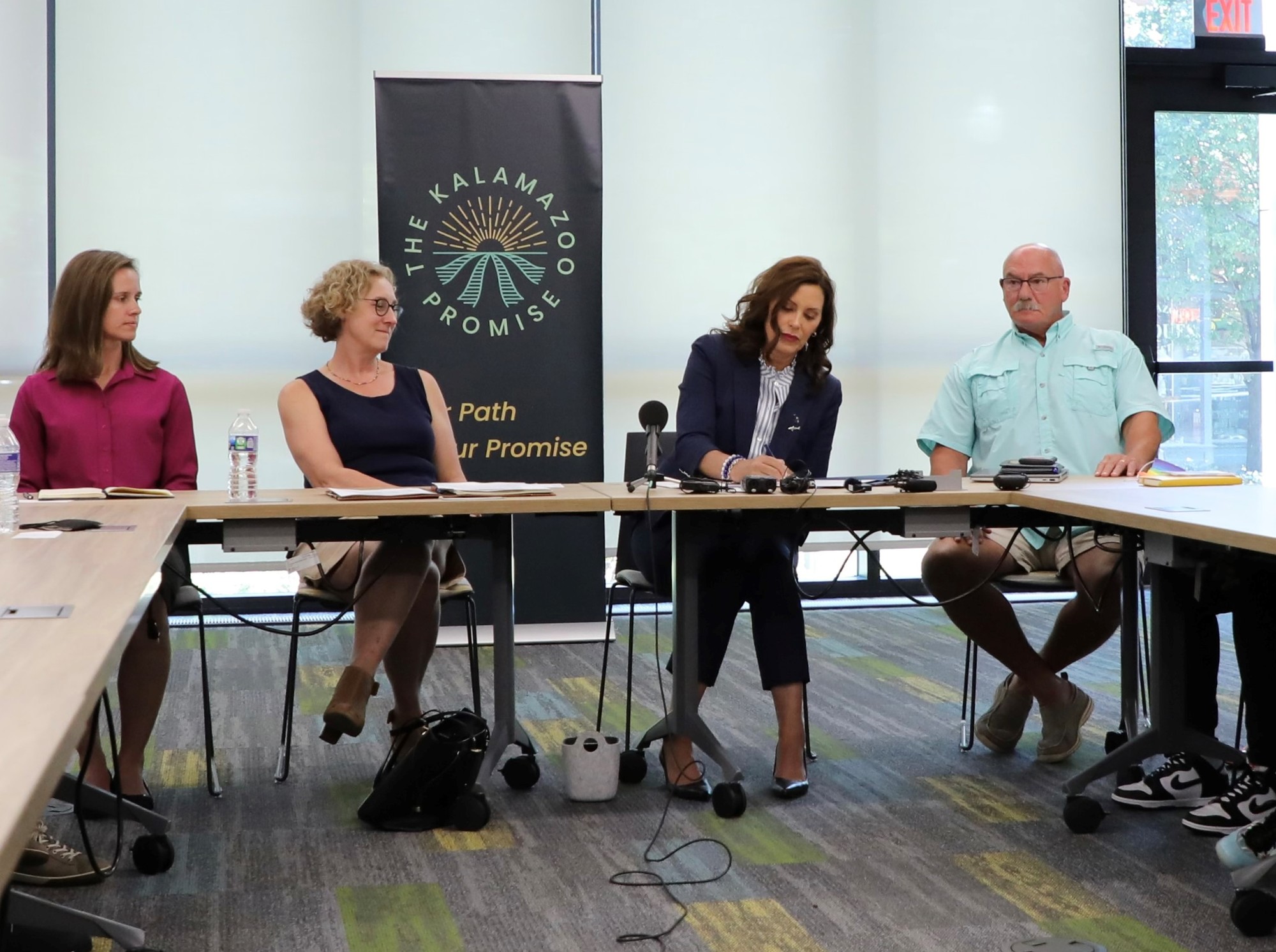 Whitmer Celebrates Signing of CHIPS and Science Act into Law