LANSING - Michigan Attorney Dana Nessel joined Connecticut Attorney General William Tong and 41 other states today in releasing the full, unredacted complaint against Teva Pharmaceuticals and 19 of the nation's largest generic drug manufacturers after the court granted the states' motion to unseal the complaint.

Among the evidence now public are emails between generic drug manufacturers coordinating their response to a Congressional inquiry, emails enforcing "fair share" and "playing nice in the sandbox" market allocation, "fluff pricing" strategy and other brazen coordination to artificially inflate prices, hinder competition and unreasonably restrain trade across the industry.

The lawsuit was first filed by Michigan, Connecticut and 42 other states on May 10 in U.S. District Court for the District of Connecticut.

“This evidence demonstrates that these drug manufacturers knew exactly what they were doing, knew their actions were illegal, and deliberately and methodically conspired to fix prices and allocate market shares for drugs that our residents rely on every day,” said Nessel.  “We are working closely with nearly every state in the country to expand our investigation.  Today revealed compelling reinforcement of our concerns.”

The complaint is the second to be filed in an ongoing, expanding investigation that the Connecticut Office of the Attorney General has referred to as possibly the largest cartel case in the history of the United States. The first complaint, still pending in U.S. District Court in the Eastern District of Pennsylvania, was filed in 2016 and now includes 18 corporate defendants, two individual defendants, and 15 generic drugs. Two former executives from Heritage Pharmaceuticals, Jeffery Glazer and Jason Malek, have entered into settlement agreements and are cooperating with the Attorneys General working group in that case.  (Michigan did not join that suit.)

The following information comes from the newly unsealed complaint.

In early October 2014, Heritage Pharmaceuticals received a letter from Congressman Elijah Cummings and Senator Bernie Sanders as part of their joint investigation into price increases in the generic drug industry. Now emails unsealed by the court show that Heritage outside counsel immediately coordinated a response with counsel for Teva and Mylan.

Executives knew their behavior was illegal, and they sought to cover their tracks by limiting communication in writing. Still, ample written evidence of their conspiracy has now been released that show consciousness of guilt.

"I guess this is what they call co-opetition"

In one series of exchanges, senior executives at Mylan and Sandoz allegedly colluded to divvy up market share for a blood pressure medication. Both companies were the first to launch generic Valsartan on the same day, September 12, 2012. Leading up to the launch, records show company representatives spoke at least 21 times by phone to divvy up the market so that each competitor could obtain roughly 50 percent market share. The conspiracy apparently pleased company executives, including a Sandoz executive who states, "sometimes a little help from our competition is welcome as well." Another senior executive replied: "I guess this is what they call 'co-opetition."

As Director of National Accounts at Teva, Defendant Nisha Patel's primary responsibility was to implement price increases. The complaint alleges that she did this by systematically conspiring with Teva's competitors and maintained a ranking system of Teva's competitors based on their collusive relationships, with +3 assigned to the most collusive and -3 assigned to the least. Detailed rankings and charts documenting her communication with competitors have been unsealed. 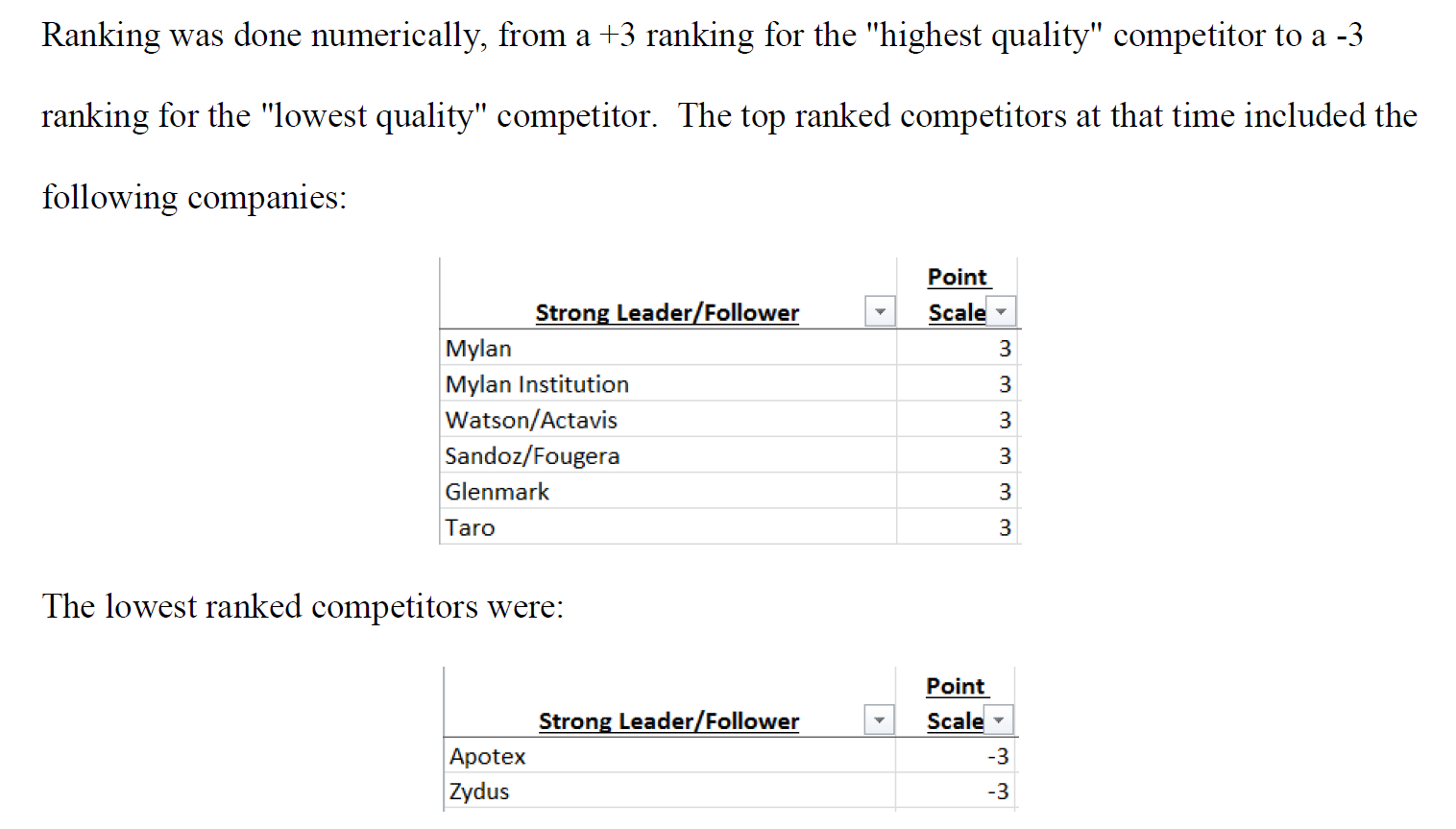 The unredacted complaint reveals commonly used code words used by coconspirators as they colluded with competitors to divvy up market share and coordinate on price increases in violation of federal antitrust law. These include "fair share," "playing nice in the sandbox," and "fluff pricing."