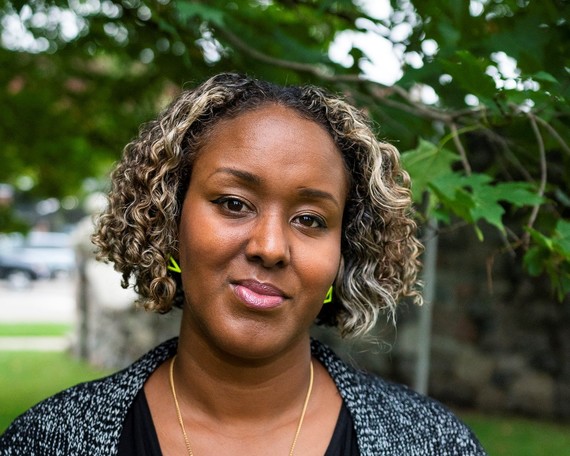 Born in Switzerland, Suban Nur Cooley has also lived in Kenya, Somalia and Australia where she and her family sought refuge from a Civil War brewing in her parent’s native country of Somalia. As an adult, her journey continued when she decided to leave Australia for the United States, choosing Lansing, Mich., as the next place to call home.

Nur Cooley moved to Lansing in 2006 and officially became an American citizen in July 2019. As a vested member of her community and proud Michigander, she encourages everyone to take the time to be curious and learn that we are more similar than different.

“Build cultural awareness. Break up the silos. Make space to explore and learn from each other because each new culture comes with a rich history and unique perspectives that’s worth exploring,” Nur Cooley said. “I wish more people took the time to be as curious as we are to learn about our new homes and learn our culture and understand why we are here, too. We’re just here to improve our lives and protect our loved ones. Refugees especially are dealing with trauma and it doesn’t help to be unwanted in a new community.”

Growing up in a household with parents who speak a combined total of nine languages and having a father who served as an economist for the United Nations, Nur Cooley knew early on that being culturally unaware wasn’t an option.

This upbringing led to Nur Cooley’s work as a Writing, Rhetoric and American Cultures doctoral student, avid volunteer with the Refugee Development Center, spoken word artist, TEDx Lansing speaker and board member for the All of the Above Hip-Hop Academy.

As a wife and mother, cultural activist, Ph.D. candidate at Michigan State University and lover of all things Lansing, diversity and inclusion, Nur Cooley enjoys the state’s rich, diverse families, students and communities.

“In Michigan, we recognize the significant, positive influence our immigrant and refugee populations offer – making our communities culturally and economically stronger,” said Fayrouz Saad, director of the Office of Global Michigan. “Building inclusive and welcoming communities across the state is an investment in our future, and further supporting immigrant and refugee success is a win for all.”

The Office of Global Michigan celebrates and honors immigrant talent whose hard work helps companies in Michigan thrive during Welcoming Week, which kicked off Friday.

Unemployment offices will close Monday in honor of MLK Day